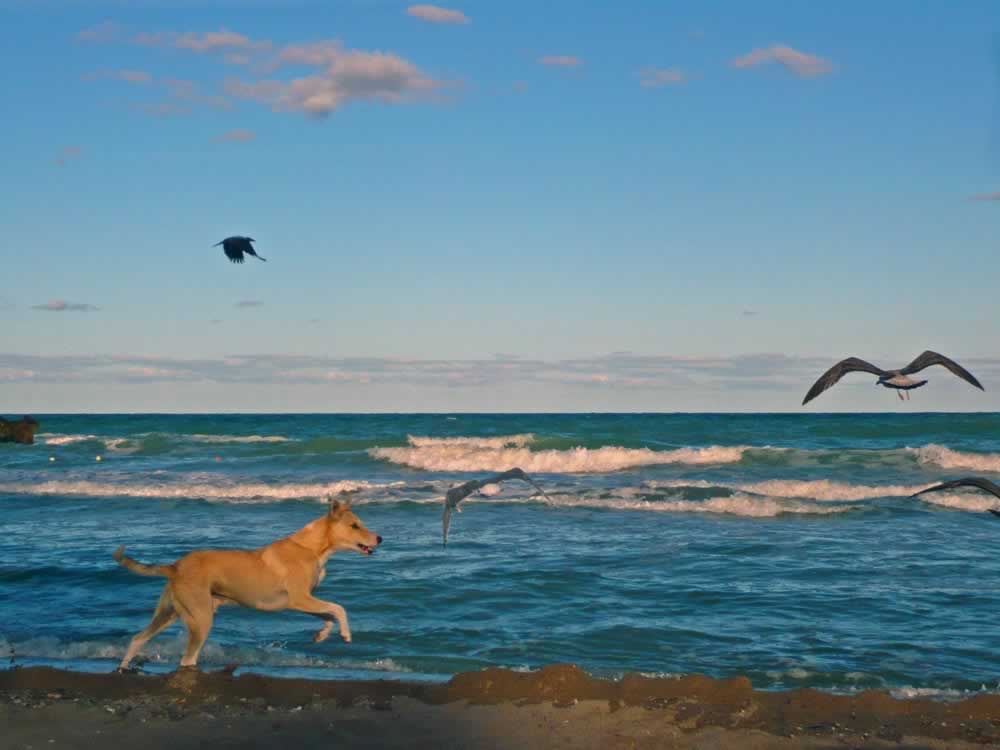 From north to south, there is Navodari, then Mamaia.

Then there is the city of Constanta, the main Black Sea port of Romania.

Further to the south, there are two small seaside resorts, Eforie Nord and Eforie Sud. They are very close to each other. They have been famous since decades ago for their advanced medical procedures and wellness therapies.

As you drive along the coast toward the border with Bulgaria, you’ll pass another group of small summer resorts: Costinesti, Neptun-Olimp, Jupiter, Saturn, Venus, and Cap Aurora.

After Cap Aurora, there is another city, Mangalia, with its own beaches, a beautiful beachfront promenade, and a  naval yard.

Once you pass Managlia, you’ll reach two small villages that are very popular among Romanian beach lovers, 2 Mai and Vama Veche. After Vama Veche, there’s the border between Romania and Bulgaria.

All these resorts were great some 40-50 years ago. Unfortunately, very few of them developed to what we’d define nowadays as a great location for a pleasurable beach vacation.

These two resorts are joint together, so you may not even realize where Navodari ends and Mamaia begins. Many Romanians would say that this entire area belongs to Mamaia. For convenience purposes, I’m also going to refer to it as such.

Mamaia is the most developed Black Sea resort in Romania. The beachfront promenade has been recently renovated and upgraded. It is perfect for early morning and evening walks. There are several hotels, restaurants, bars and night clubs scattered along this stripe that follows the coastal line.

The downside to being the resort with the biggest number of hotels and restaurants is that it can become awfully crowded, particularly in July and August, when the high season kicks in.

There are no cliffs in this area. You can easily step off the promenade to walk directly on the sand. 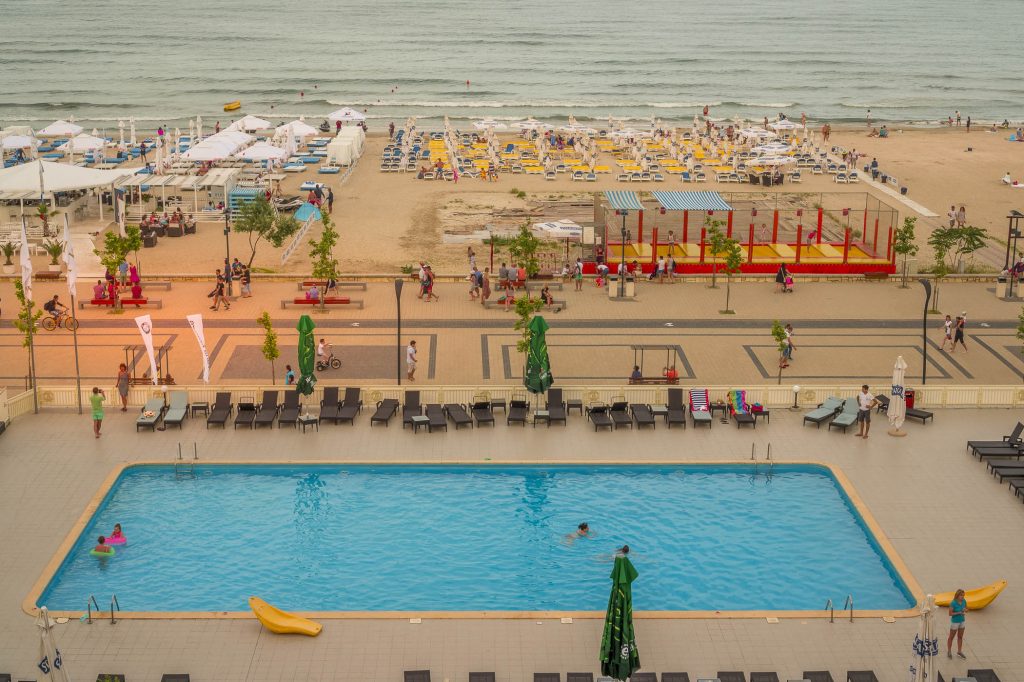 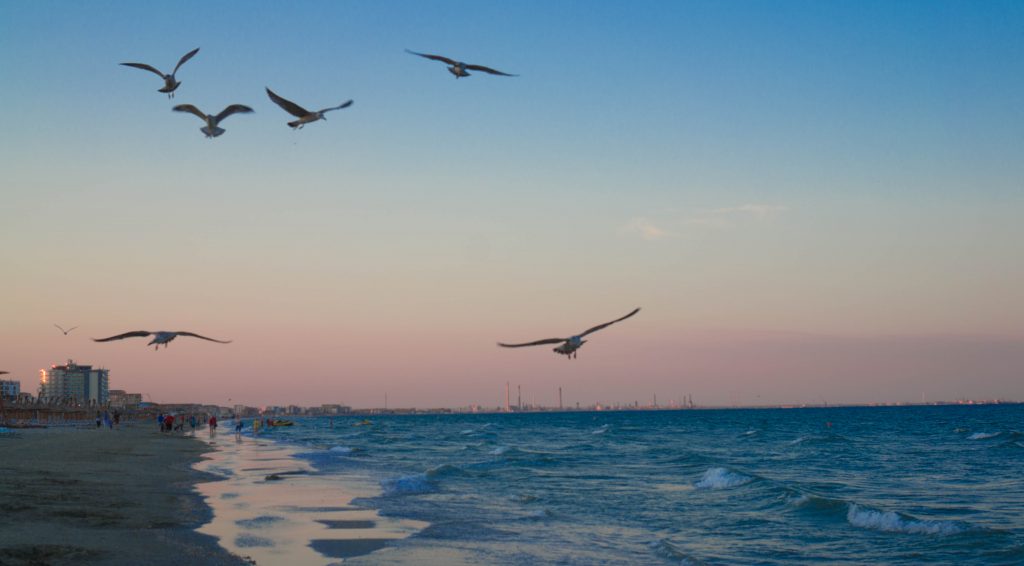 The northern part of Mamaia (and the south of Navodari) is where the newest hotels and rental villas are. Although hotels in south Mamaia aren’t bad, either, they are the old hotels dating from the communist period, renovated and sometime upgraded to suit modern quality and comfort standards.

The two beaches worth mentioning here are Vadu and Corbu. Although promoted as the last wild beaches in Romania, they started to get a bit crowded, at least in high season (which is between end of June and beginning of Ssptember).

The following video shows the beauty of Vadu beach

The beaches in Constanta have undergone a major revamp several years ago. Sand was extracted from the bottom of the sea, so all beaches were extended to impressive sizes.

As Constanta is a real city, much bigger than the other Romanian Black Sea resorts, it has several beaches scattered along the shoreline.

In the north, as soon as Mamaia ends, there is Plaja Faleza Nord. This beach is tough to spot from the main boulevard, but you can ask the locals for directions.

There’s also plenty of room for those who prefer to bring their pwn towels, chairs and umbrellas. 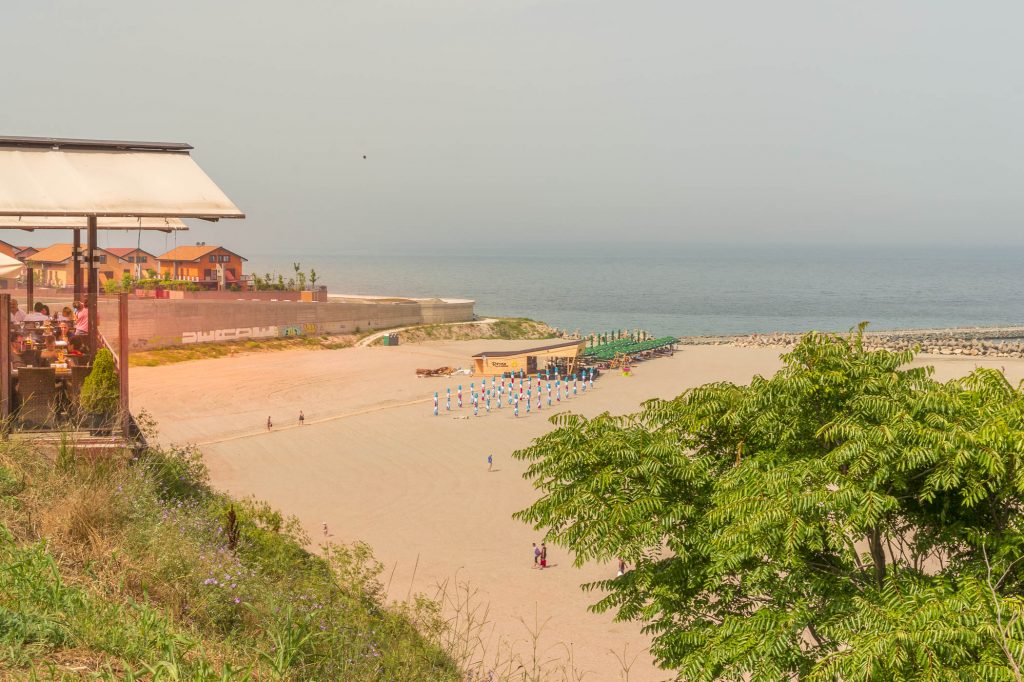 As you go toward the south of the Black Sea coast, you’ll get to two other beaches: Trei Papuci (Three Slippers) and Modern. They also have chairs, umbrellas, lifeguards and beach bars. Up from Modern, there’s also a restaurant with beautiful sea view.

Eforie Nord and Eforie Sud are only a few km away from Constanta. Once you pass the Agigea bridge, you’ll get to Eforie Nord in less than 10 minutes. Both seaside resorts are small, but there are enough hotels to choose from, should you prefer a more relaxed and peaceful vacation, without loud music and night clubs.

The beach in Eforie Nord was also extended a few years ago, so it is nothing like I used to know in my childhood.

There are only three beaches in Romania that have been awarded the Blue Flag certification for 2019. Two of them are in Navodari (Phoenicia Beach and Marina Regia Beach). The third one is Vega Vintage Beach in Mamaia. All three beaches are in the north of the Romanian Black sea seaside, a few km away from Constanta.