Home | Ireland | Things to Do & See in County Donegal, Ireland

Things to Do & See in County Donegal, Ireland 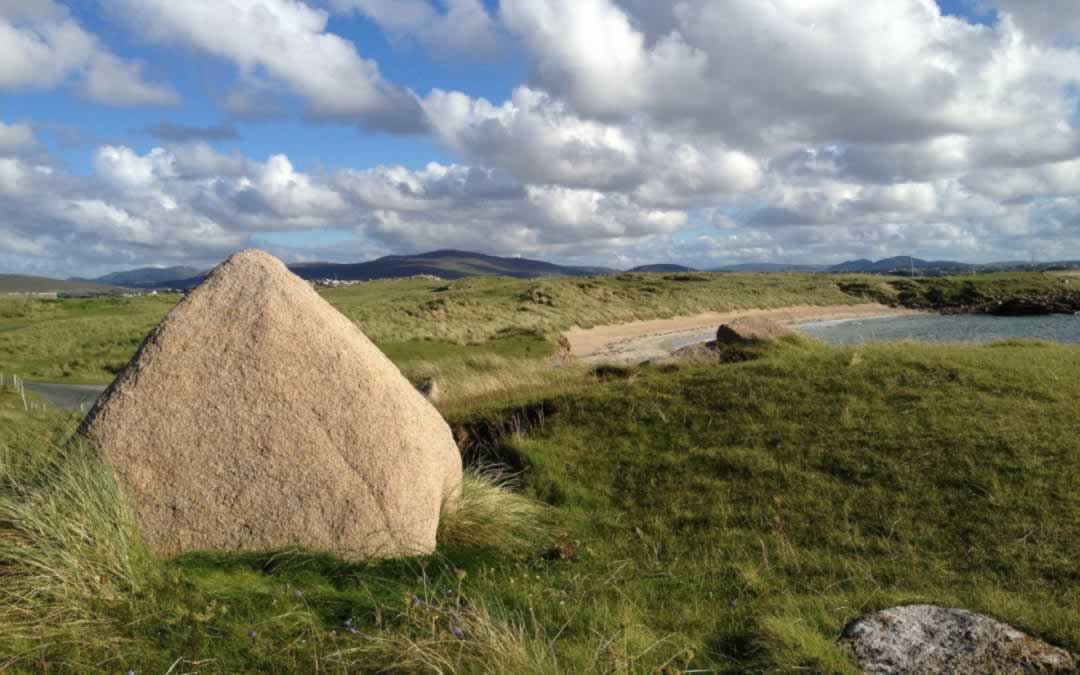 Ireland is one of my favorite countries in Europe. I’ve covered only a small part of it: Killarney, Kenmare, and Dublin. I also found time to take a few day trips from Dublin. Located at about 250 km from Dublin, Donegal requires more than one day to explore. Until my next trip to Ireland, I’ve decided to accept a guest post on things to do and see in County Donegal written by Paul Norton.

Despite being isolated from Ireland’s geography, Donegal is a big county hiding a lot within its beauty. From the unspoiled landscapes with majestic peaks, beaches exposed to glorious sunshine to unfazed restaurants that serve amazing food, this is certainly a county of extremes. If you are planning to spend more than a day in this region, book your residence from the many available cottages at donegalthatchcottages.com.

The best thing about Donegal is that because of its challenging nature to get to, the place remains uncrowded yet welcoming. If you are planning to visit this awing place in Ireland, check out the following must do and see things in Donegal. 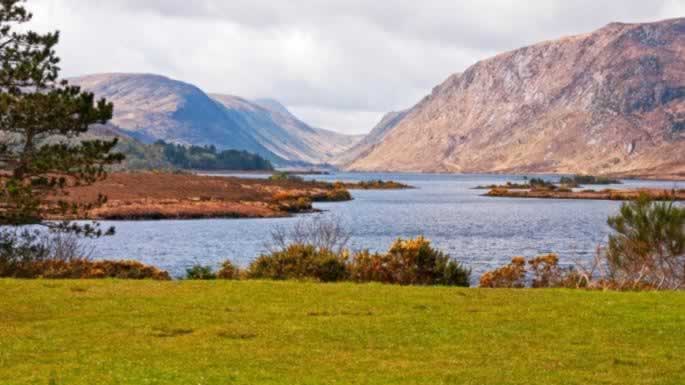 Enjoy Some Scenery at the Glenveagh National Park

The Glenveagh National Park is among the six natural national parks in Ireland. It covers approximately 16000 hectares of land, right at the heart of Derryveagh Mountains. Such great wilderness is the source of thousands of interesting flora and fauna found in the park. The park is open all year round, except for some special holidays such as Christmas and Good Friday.

Named the best attraction by TripAdvisor, the Slieve League Cliffs are a great place to get a memorable view of the low-lying Donegal plain lands. The area is accessible all year round and stands approximately 600M tall with a sheer drop down that crashes to the Atlantic swells. 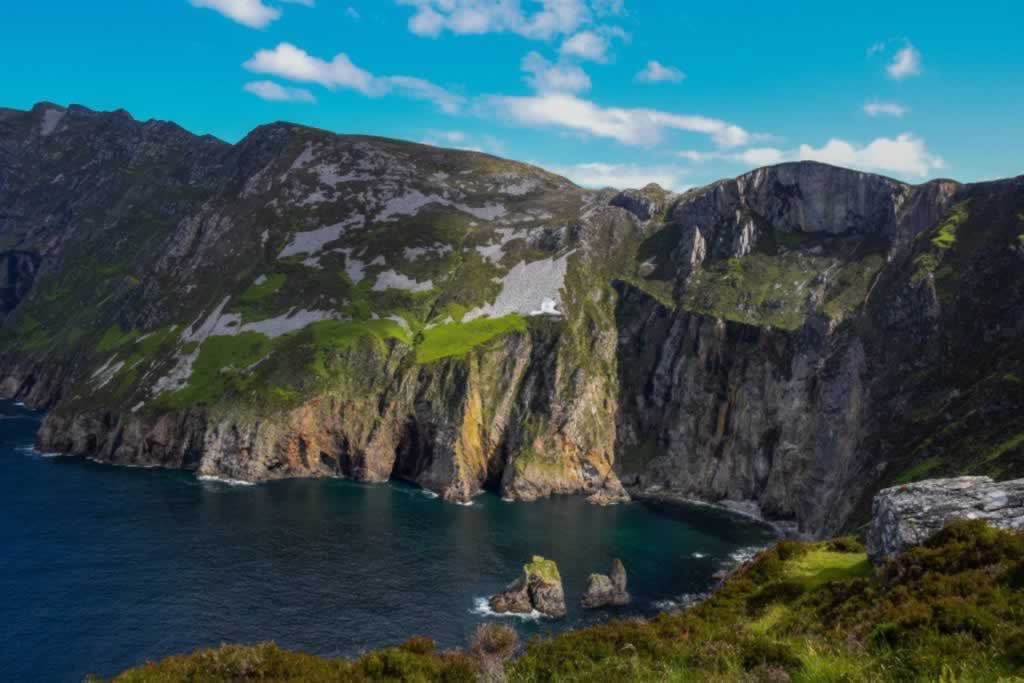 When heading out to this region, it is prudent that you ditch your car or tour car and walk for some few miles from the car park. Climbing to the top of the cliffs is a great experience for enthusiastic hikers who are welcomed to the splendid view of the scenery below. Experienced hikers can advance beyond the viewpoint into the One Man’s Pass that loops into the Pilgrim’s Path.
For those who love history, you can take an archeological tour to learn of the rich and interesting history of this region. If time allows, pay a visit to the Ti Linn Craft shop for some gorgeous selection of traditional Irish giftware. You can also grab some coffee in the Ti Linn café as you take a rest.

Your trip to Donegal won’t be complete without exploring the miles of golden, sandy beaches. If you need some time with cool water and soft sea waves, check in to the Ballymastocker Bay, Portsalon Beach, or any other exquisite beach of your choice. The beautiful sandy beach makes a good choice for an evening walk to refresh the mind. 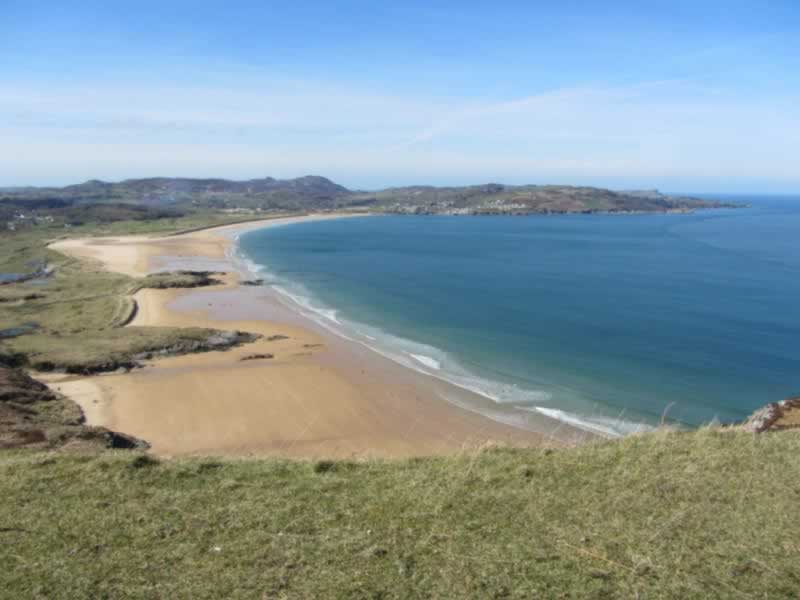 As mentioned, the Northern parts of Ireland, including Donegal, are slightly marginalized from the entire country. However, the is a lot of positive effects of this, especially when it comes to learning the Irish culture. 14 kilometers off the Donegal coast is the magical Torry Island.

The Island elects a king who doubles as the entire community spokesperson. The king is very friendly and personally greets and welcomes every passenger ferry that tours the Island. Torry Island is best known for preserving culture. Locals speak fluent Irish, and it would be good if you come off the Island with some Irish words yourself.
Torry Island is also known internationally for its birdlife. The Island is home to the globally threatened Corncrake, which nests each summer in the Hayfields. It also doubles up as a historical place where Colmcille founded the first Christian monastery in the sixth century.

Watch the Sunset over the Grianan of Aileach

This is an ancient site in Donegal, believed to have been the seat to one of the ruling kings of Donegal. Also known as the Kingdom of Aileach, one of the earliest recorded kings in Donegal was traced to this point, where it is believed that he died in the 465AD. The site remains a national monument and has a massive stone, and nearby burial ground remains that date back to the Neolithic age.

That aside, the top of the Grianan of Aileach opens up to a breathtaking and panoramic view of the region’s countryside. You can see at least five counties from here and is accessible all year long. 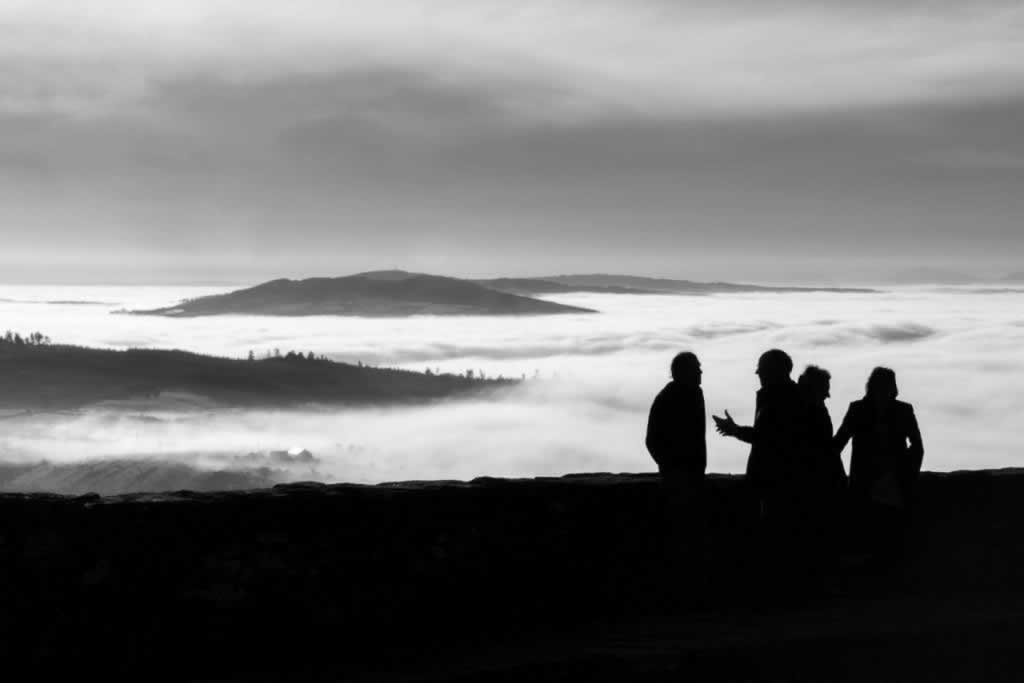 Head off to the Malin Head

The Malin’s head is probably the most Northern part of the region. This unrivaled location is accessible throughout the year and features several tourist attraction sites including the spectacular subterranean cavern called the Hell’s Hole and a natural arch called the Devil’s Bridge. 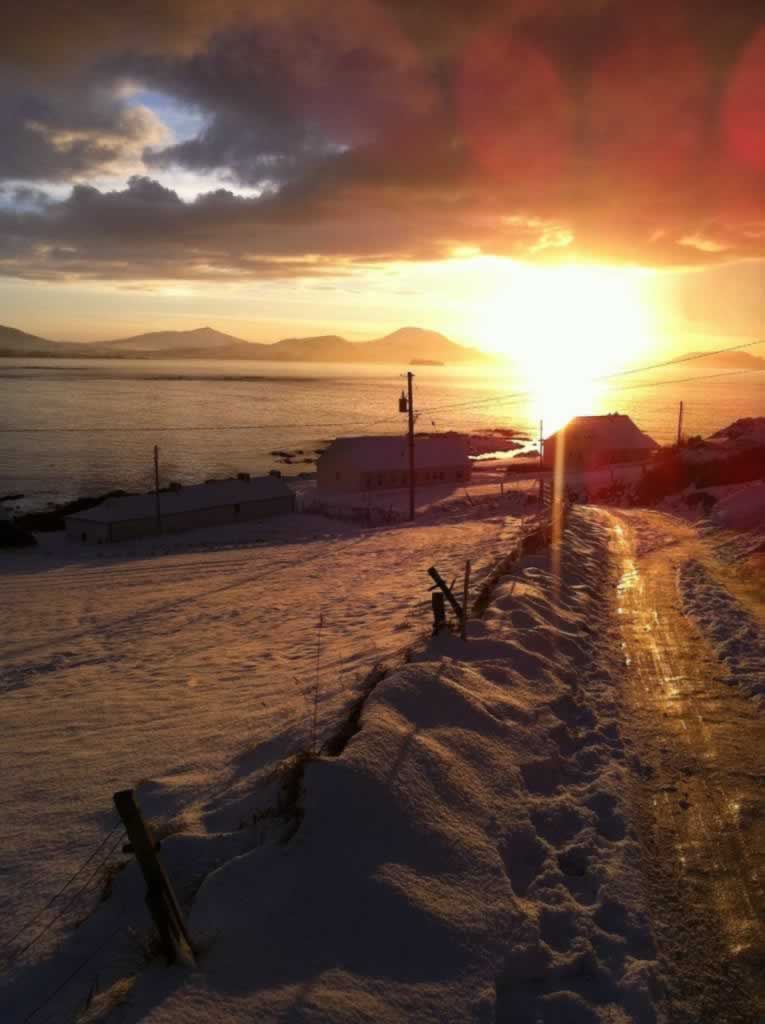 If you are lucky to find the place clear, you can see as far as the Scottish Coastline, the Torry and Inishtrahull Islands. That aside, you may be lucky enough to catch a glimpse of a basking shark.

For outdoor enthusiasts, hire a bike and ride around this site’s stunning landscape.

Whether you are exploring the crannies during springtime, looking for cool autumn breezes, need the atmospheric winters or need a blazing summer sun, Donegal offers an unforgettable experience. 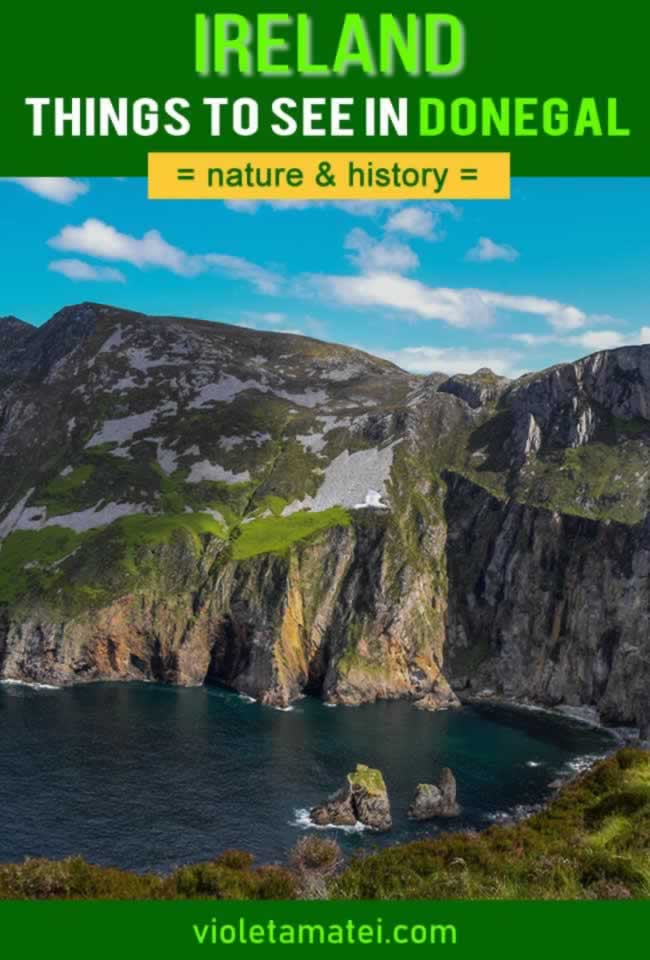 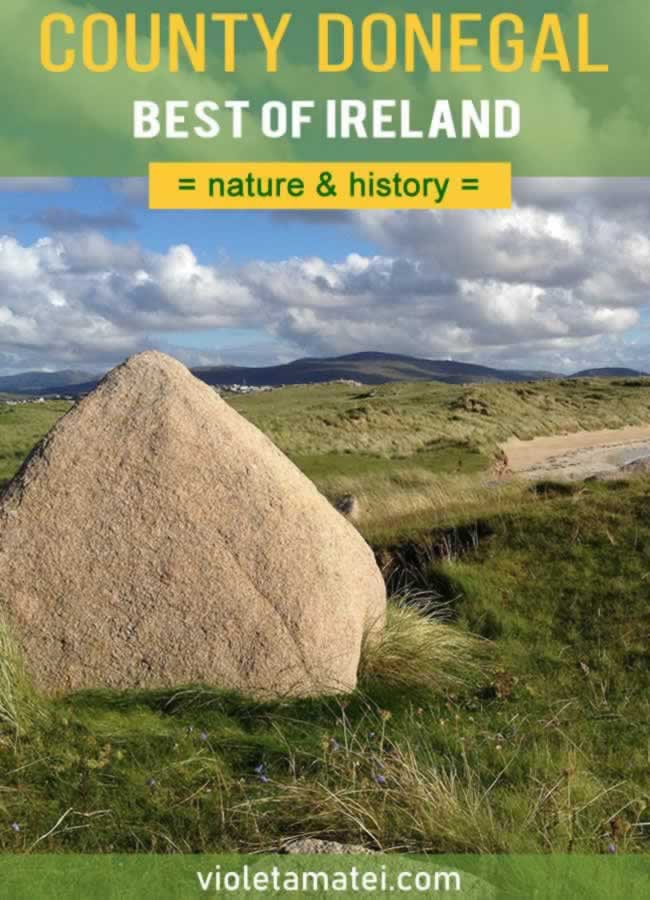