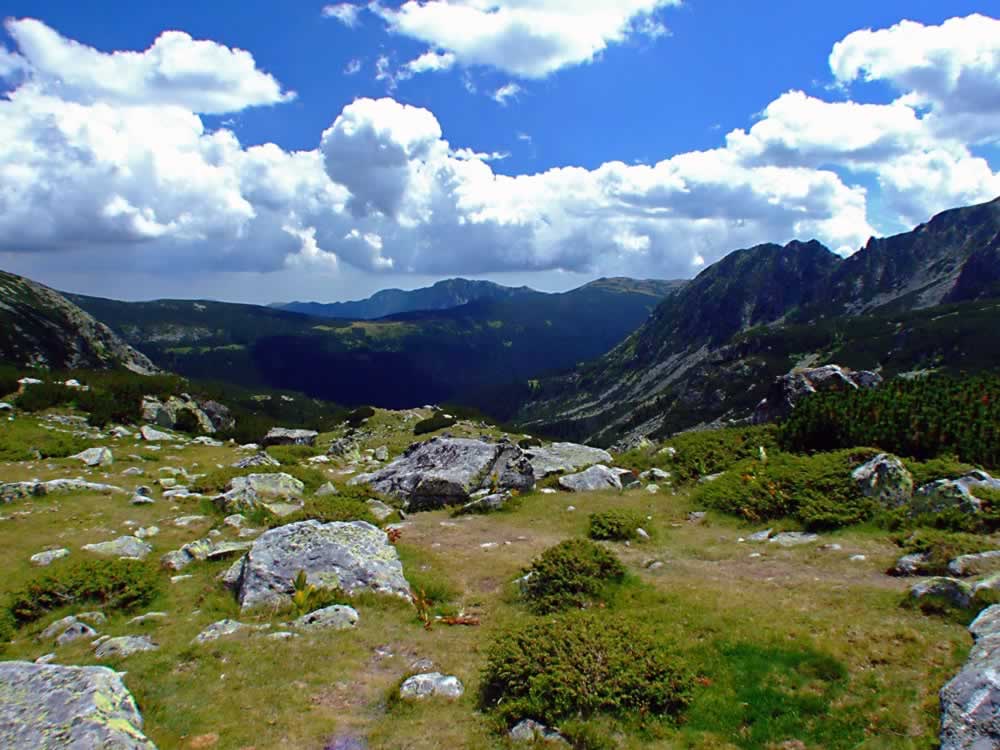 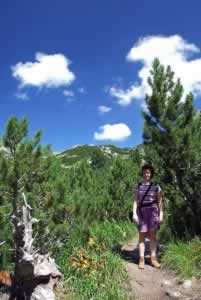 Did you ever hike any mountains abroad? I don’t know about others, but I shy away from such experiences. Maybe it’s because the best mountains I had the chance to hike on were in countries I don’t speak the languages of. Maybe I’m afraid of wild animals I’m not familiar with. Maybe I’m just nuts and I shouldn’t fear. Really, how does it help that I know how bears look like and that I can read the signs that say “Beware of bears”, since I don’t have any idea how to keep myself safe, should I ever encounter one?

Anyway, this article opens the series “Hiking in Romania”, written for all of you who don’t live in Romania and share my fear of hiking in unfamiliar territories, yet are tempted to give it a try. If you plan to travel to Romania between June and October, allow yourself a few days to hike the mountains. You’ll love it.

My first encounter with the Retezat National Park took place in the late 90s and it lasted less than 30 minutes. I had taken a trail that started at Cabana Pietrele, going to Bucura, then further on to Cabana Buta. Shortly after the departure, clouds came out of nowhere, then a heavy rain started. It took a few seconds to get wet to the skin. There wasn’t even time to reach for the raincoat, in the event that I had one with me. This is an example of how not to go mountain hiking. In the Romanian Carpathians, weather can be unpredictable, storms can suddenly change a perfect clear and sunny day into a wet, foggy nightmare, in which you can’t even see to the tip of your fingers.

Many years later, I returned to Retezat for a 7 day active outdoorsy vacation. One of the days we did the trail that starts in Poiana Pelegii and goes to Bucura Lake.

Lacul Bucura is the biggest glacial lake in Romania, in terms of surface area. The lake is situated at the altitude of 2040 m.

Poiana Pelegii, the starting point of the trail is at 1630 m. As you can see the height difference is of only 410 m, which is not a big challenge at all.

How to Get to Poiana Pelegii

No public transport will get you there. The closest town is Hateg. From Hateg, take the DN68 road to Otelul Rosu, until you get to Râu de Mori village. From Râu de Mori, take the road to Gura Apei. The dam at Gura Apei is the tallest in Romania: 186m.

You are now at the entrance in the Retezat National Park. You can’t miss it because there’s a barrier blocking the road. There’s a fee you have to pay for the car, for each person and for the tent, in case you intend to camp in the park. I remember it was something a bit more than $1 per person and a similar amount for the car. You’ll see those people also sell maps of the mountain. Buy one, it’s useful and it’s only 25 Lei (equivalent of about $7 US). For now, here’s a list of the hiking trails in Retezat, if you want to study it for your trip planning. There’s no English translation, but if you need to know something, you can ask me in the comments below.

Once you pass the barrier, you still have about 20km to go. The asphalt is over, so you can expect the drive to take almost one hour (more or less, depending on how much you care for the car). The road is paved with little rocks. It’s not very nice to the car, but you won’t need a 4 x 4 to get there.

Special tip: if you think about renting a car, ask for the insurance to cover dirt roads which are out of the national roads system. Some insurance companies make you pay additionally for that, so it’s possible that car rental companies don’t ask for that to be covered.

Although the parking at Poiana Pelegii is big, it can be quite crowded during weekends. If you can, schedule your Retezat trip somewhere from Monday to Thursday. If you don’t want to sleep in the tent, you can book a room at Cabana Rotunda (August 2018 update – this chalet in Retezat National Park is currently closed), which is located about one km before the road ends. I’ve stayed there and I recommend it. The thing I liked most was the bed: such a good mattress! I slept very well for the whole time. I linked you to their website, but unfortunately the English version doesn’t work. It’s the best time to learn some Romanian before you come visit 🙂 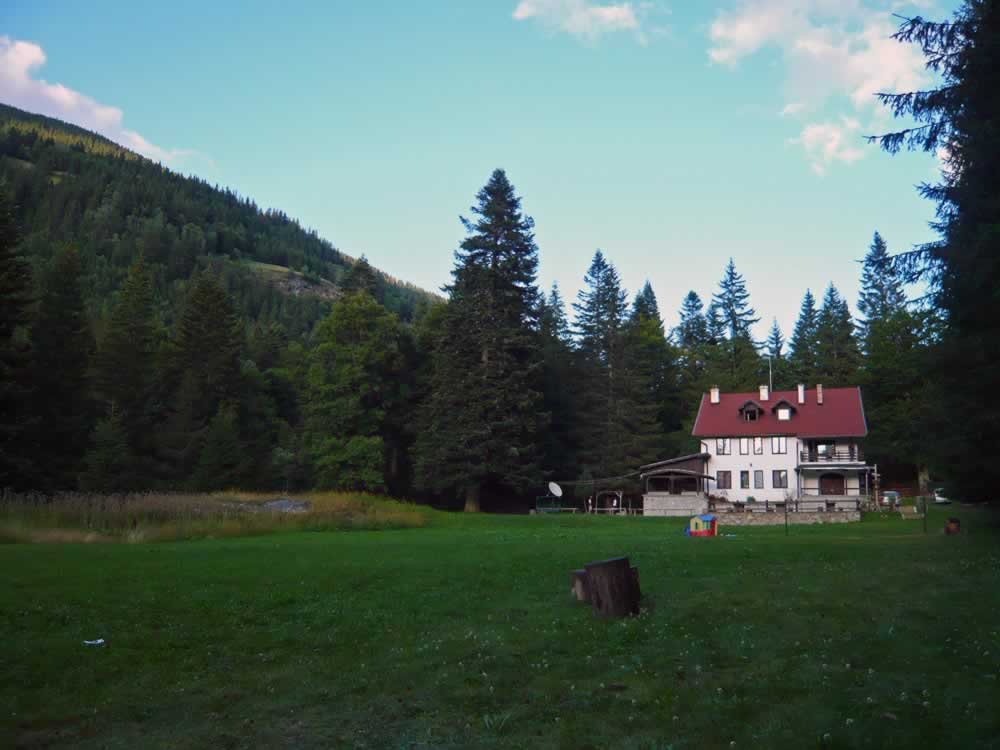 Cabana Rotunda – Despite its name, it is not round. It has a very big lawn and it is surrounded by mountains. Although there are no neighbors on many kilometers, the road that passes just nearby the cabin is a bit annoying, especially during weekends: the cars create a lot of dust. Anyway, do you see the little windows on the roof? The one to the left was our room for a few days.

Retezat is probably the most beautiful mountain I’ve seen in Romania. Everything comes in lots of colors, even the rocks are covered in green-yellow-brown moss. Being relatively hard to reach, it is also much cleaner than, for instance, Bucegi, where plastic rubbish is the keyword of every season. Again, being isolated, Retezat is thief-proof. You can leave your tent at Poiana Pelegii or at Bucura unattended, hike all day long and still find it when you return. Isolation comes with a price, though: there would be bears and wolves on the mountain. Locals say wild animals don’t come on paths where humans walk. I tens to believe them, I didn’t see any bear the whole week. 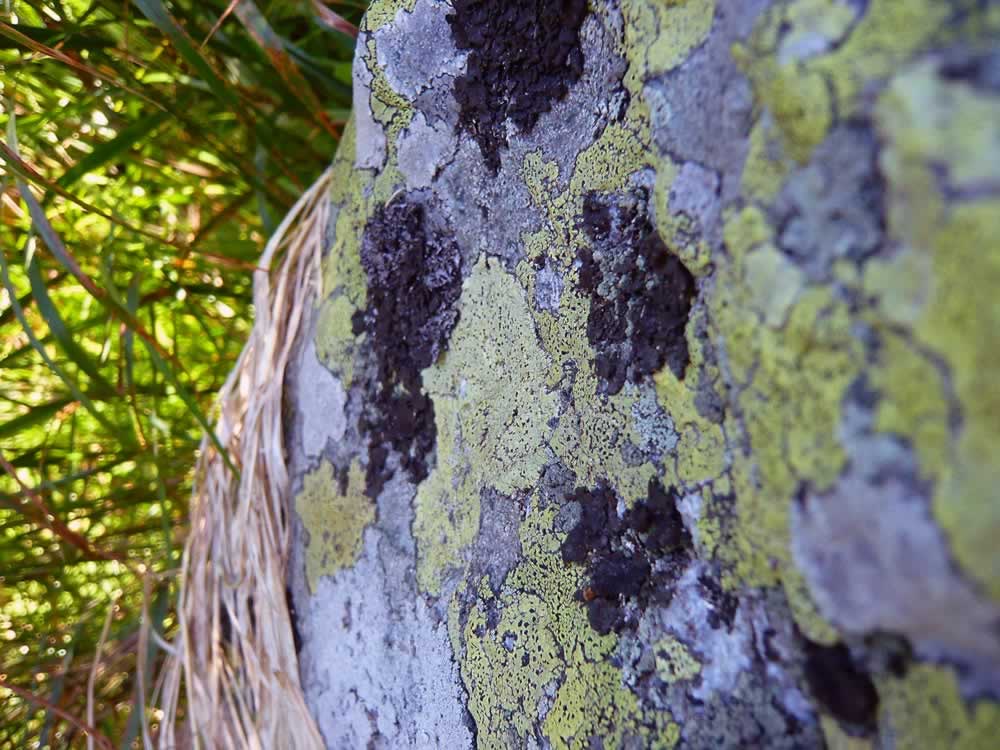 Beautifully colored rock. The mountain was full of them. At this height, there are almost no trees, only grass and rocks. 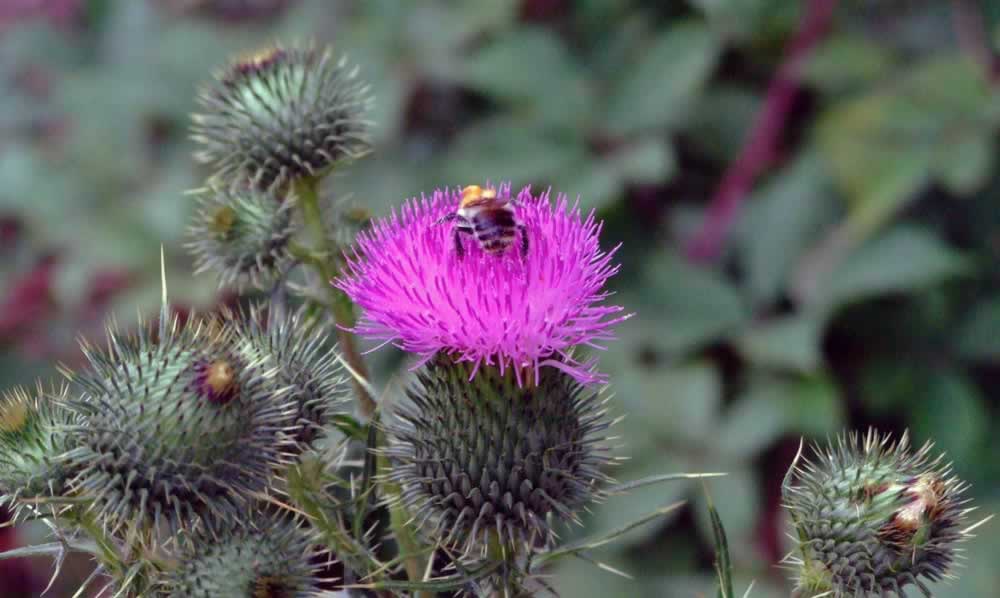 There are lots of mountain bees. They don’t attack people, you can even get close enough to take photos 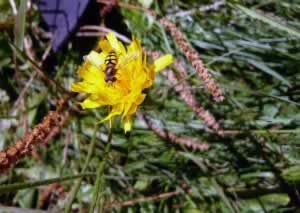 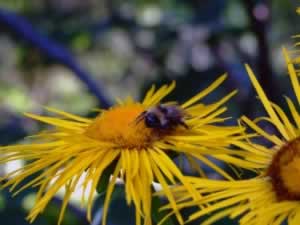 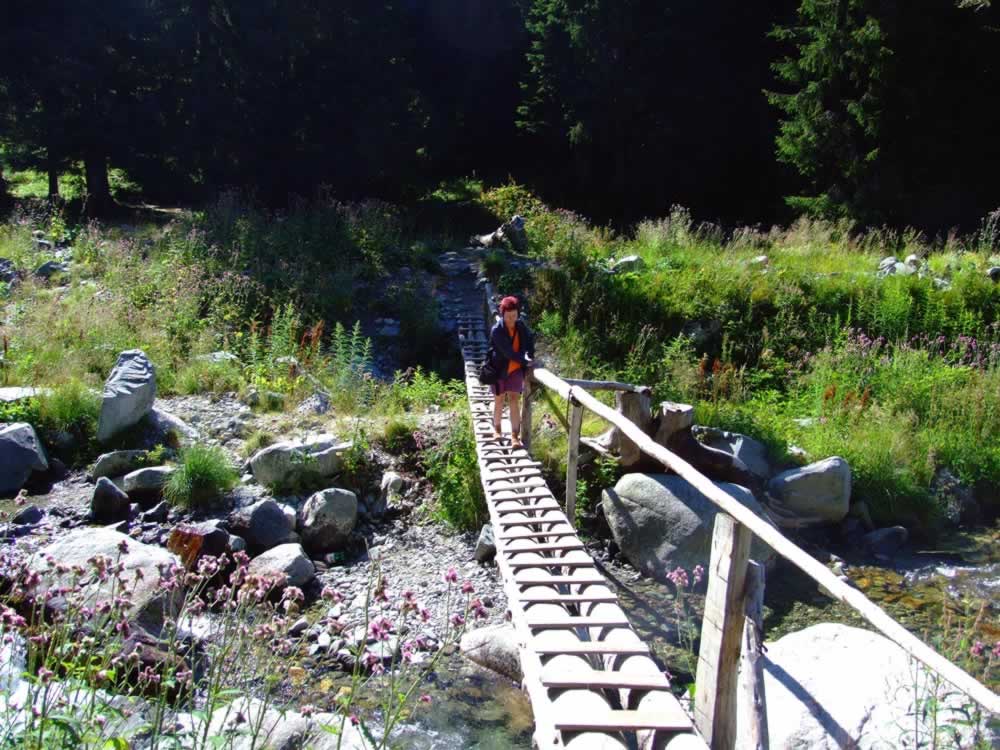 Walking on wooden bridges like this is not one of my favorite things to do. I could have gone through the water, but I didn’t want to get my feet wet. 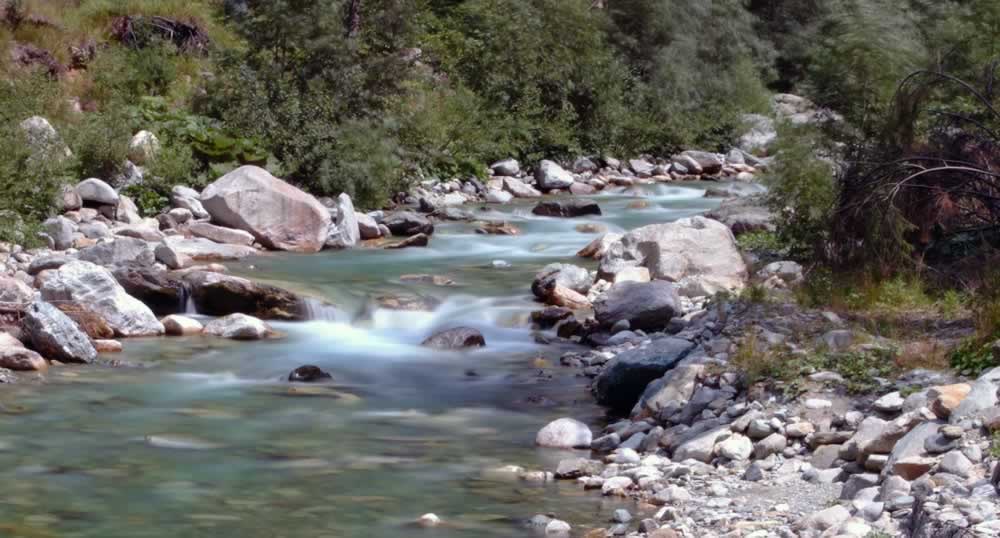 River in Retezat – the photo was taken with a neutral density filter. It makes water look like this, because the exposure time is very big. 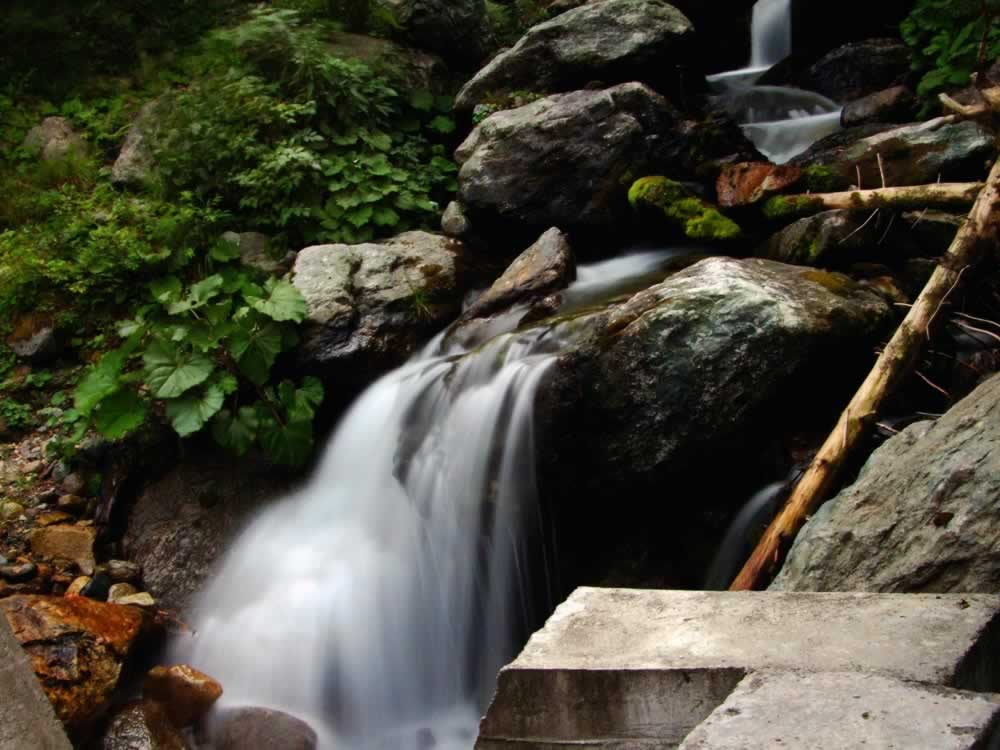 The Hiking Trail To Bucura Lake

The hiking trail from Poiana Pelegii to Bucura Lake is not a difficult one. It is suitable to anybody who doesn’t have any impairment and can walk for several hours. Make sure, though, to wear hiking boots, because you’ll have to walk on rocks quite a lot. If you only want to reach Lake Bucura then return, you’ll need water for two hours and food for four hours. You’ll find excellent spring water at Bucura, but there’s no food, no shops, only a Salvamont cabin and other tourists with their tents in the camping area nearby the lake. If you want to sleep at Bucura, you need to bring your tent, because they won’t let you sleep inside the Salvamont cabin unless the weather gets really crazy. Salvamont are those people who save tourists from difficult situations. 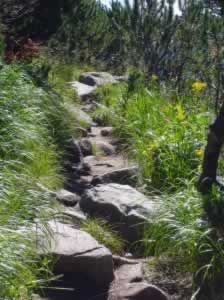 The path is rocky but not at all challenging 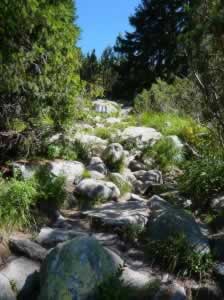 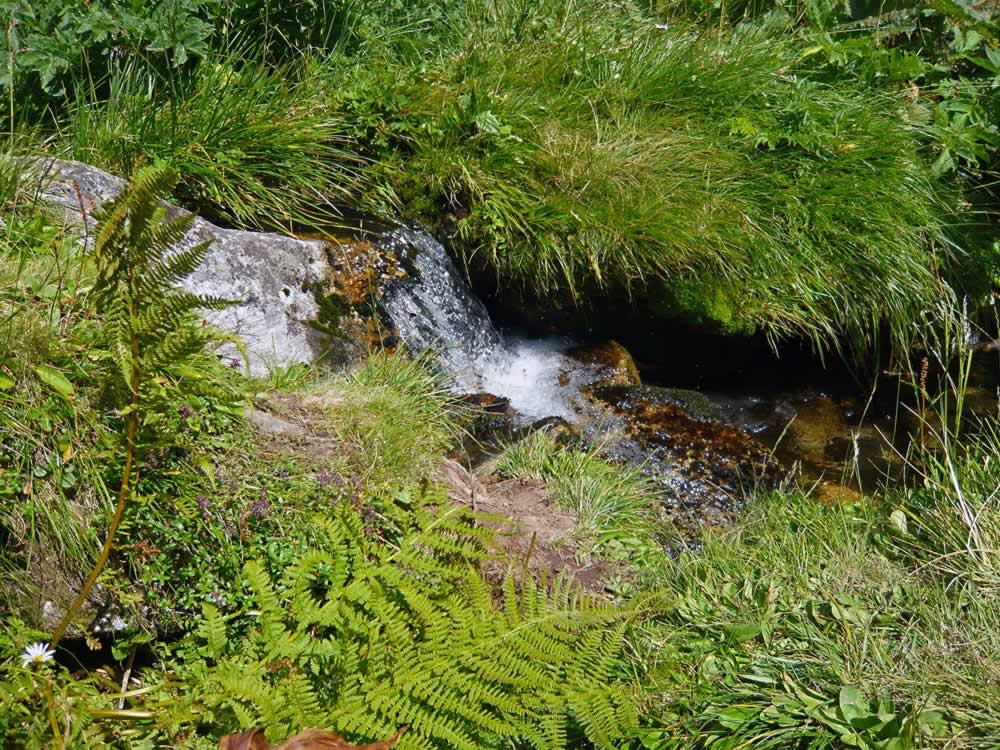 You’ll encounter springs and little streams with water so clear that you can drink it (really you can, there’s nothing up there to pollute it) 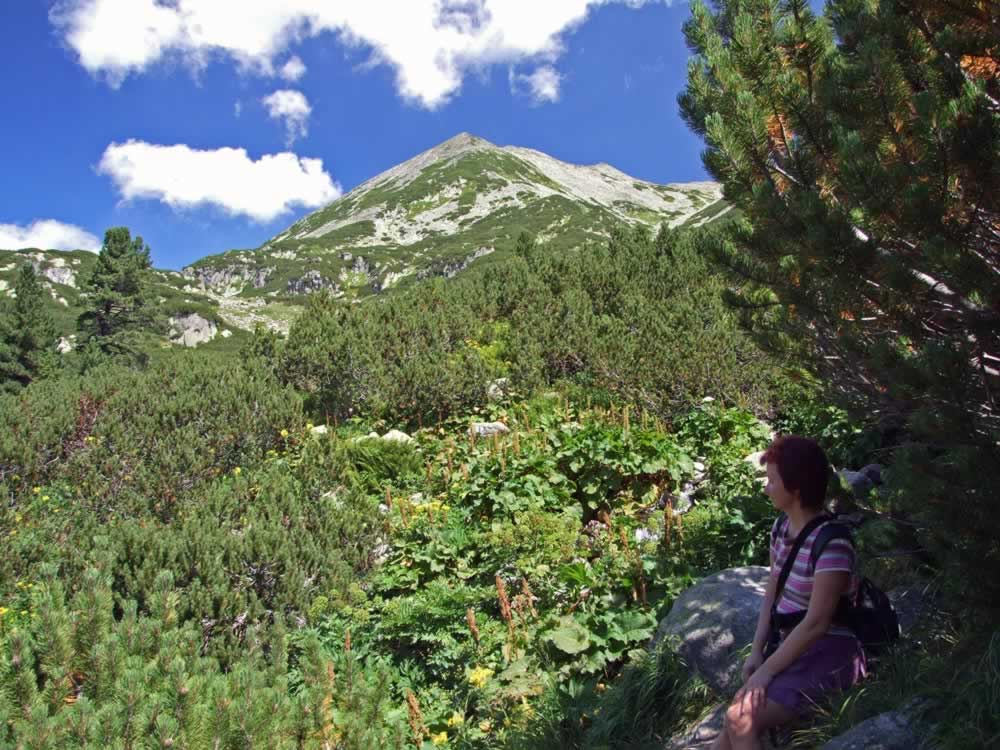 Rest in the shadow is the best 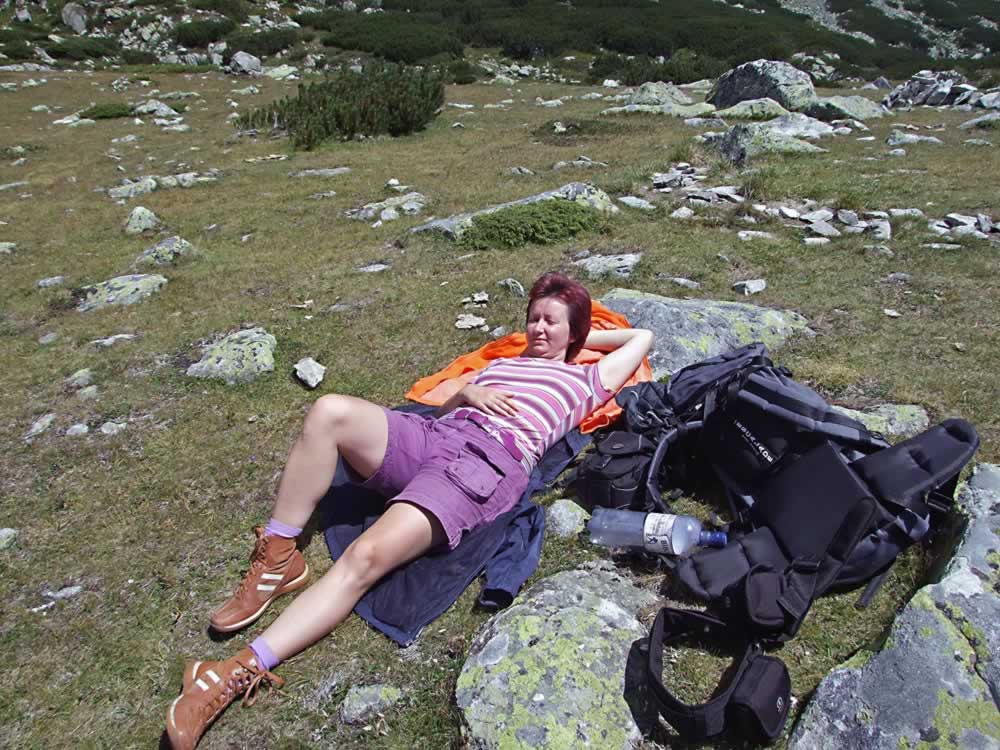 Rest on almost grass is even better 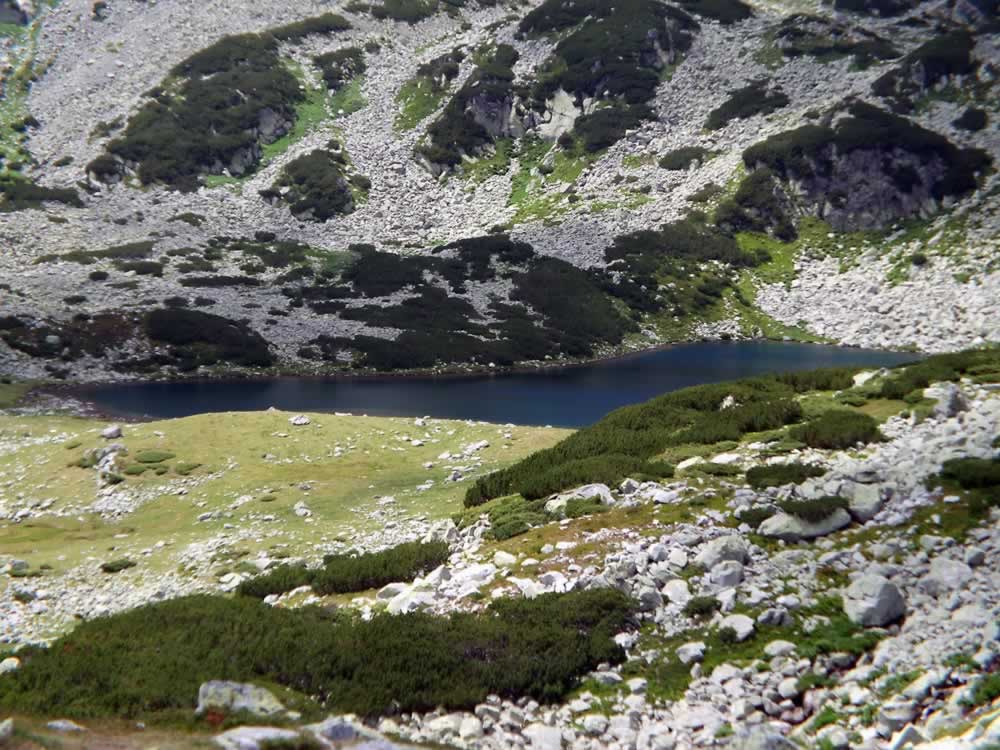 Lia lake – you’ll notice it on your left, just before Bucura lake comes in sight.

Camping at Bucura lake in Retezat – Do you notice the tents are surrounded by big piles of stones? That’s to protect them against the strong winds. If you think about camping there, aim to find a spot with stones already built like a wall. If they are all taken, build yourself one. There would be plenty of stones around.

Sightseeing and City Tours Around Hateg

If you come all this way to Retezat, you could stop at Sarmizegetusa to see the ruins of Ulpia Traiana Sarmizegetusa, the capital of Roman Dacia. At the same time, the area is not too far away from some of the most beautiful cities in Romania.

You can take a short drive to Sebes and Alba Iulia, and then go to visit Salina Turda (an old mine salt which is now open to the public and which offers some spectacular photo opportunities) and stop for the night in Cluj, which is a vibrant city, home to universities that attract every year lots of students from all over Romania and from abroad. You can also stop by Castelul de Lut din Valea Zanelor, a lovely building made from eco-friendly materials and shaped in a fairy-tale-like manner. 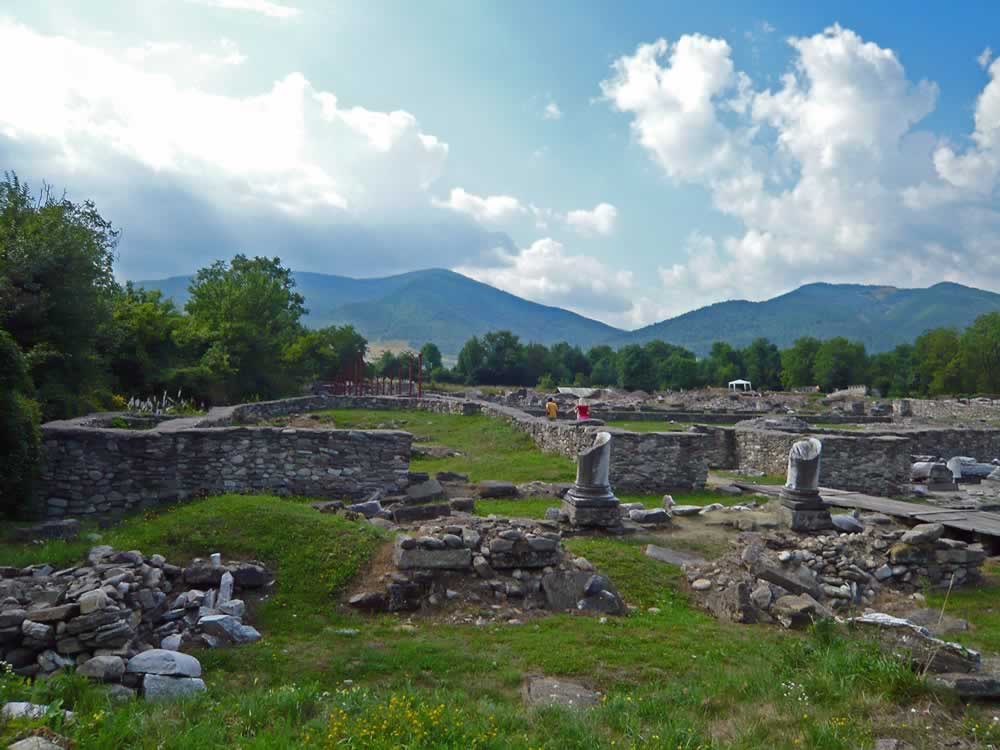 At about 3km from Rau de Mori, there’s the Colt Citadel and Church. It is in Suseni village. The Colt citadel dates from the 14th century and it presumably served as source of inspiration for Jules Verne’s novel, The Castle of the Carpathians. As far as I remember, we weren’t allowed to enter the citadel, but the outside look is gorgeous anyway. Just take a closer look at that roof! 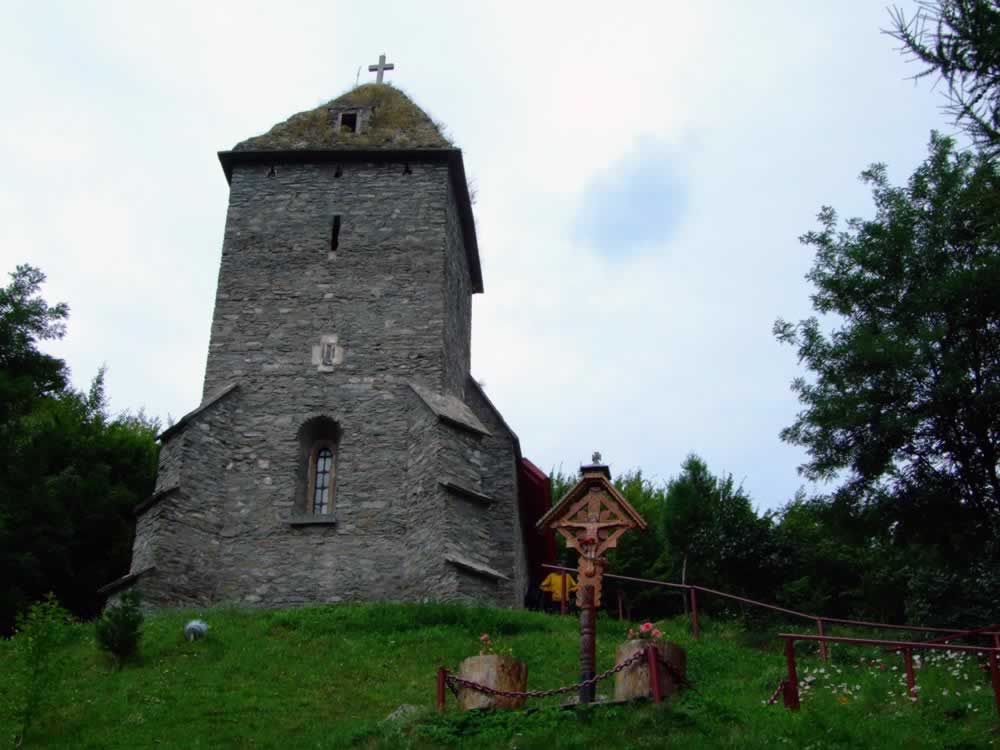 What do you think? Would you like to camp in the middle of Retezat Natural Park?