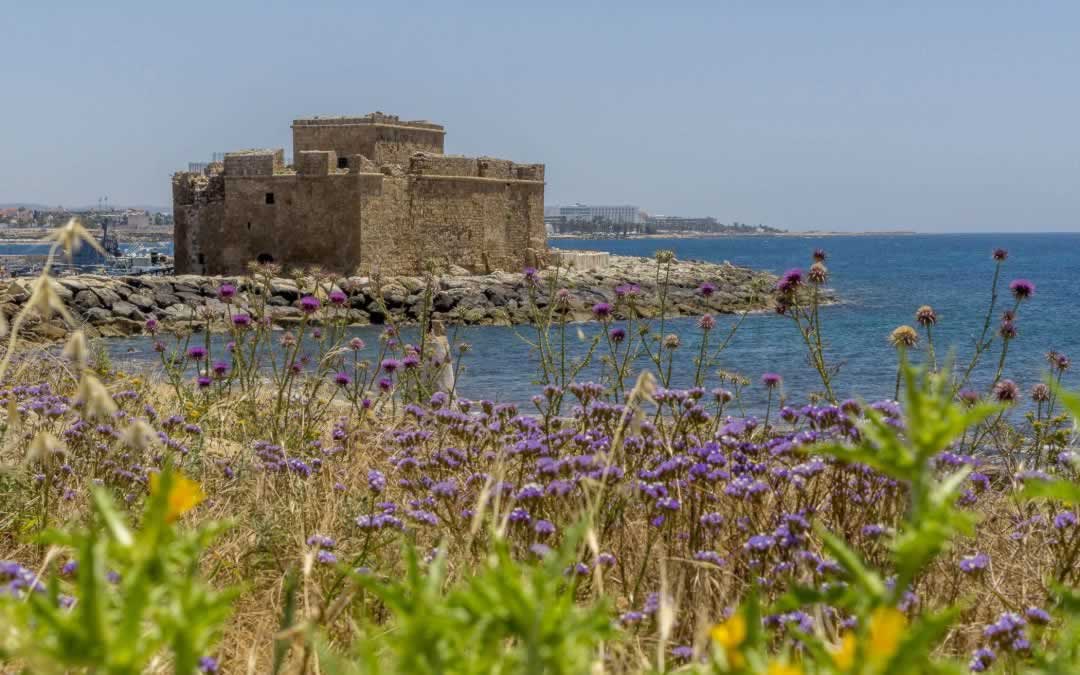 I’ve been to Larnaka, Cyprus, for two years in a row. The first year I didn’t move out of Larnaka (my friend and I spent all four days on the beach, under the nice sun of May). The second year I’ve visited Ayia Napa on an afternoon trip. The third year, it was time to land in Paphos to visit the Kato Paphos archaeological park and the Tombs of the Kings. The Paphos archaeological park is a UNESCO heritage site with a very beautiful coastal walk.

Where To Stay in Paphos?

Paphos is much bigger than Larnaka. If you want to walk rather than to rent a car, make sure you choose your accommodation in the area that interests you the most.There are 50km of coastline and almost 30 beaches to choose from. There are also many things to see in Paphos, and they aren’t always close to each other.

If you rent a car, it will matter less where you stay. However, I found central Paphos (Kato Paphos) to be ideal for nice dinners and evening walks. 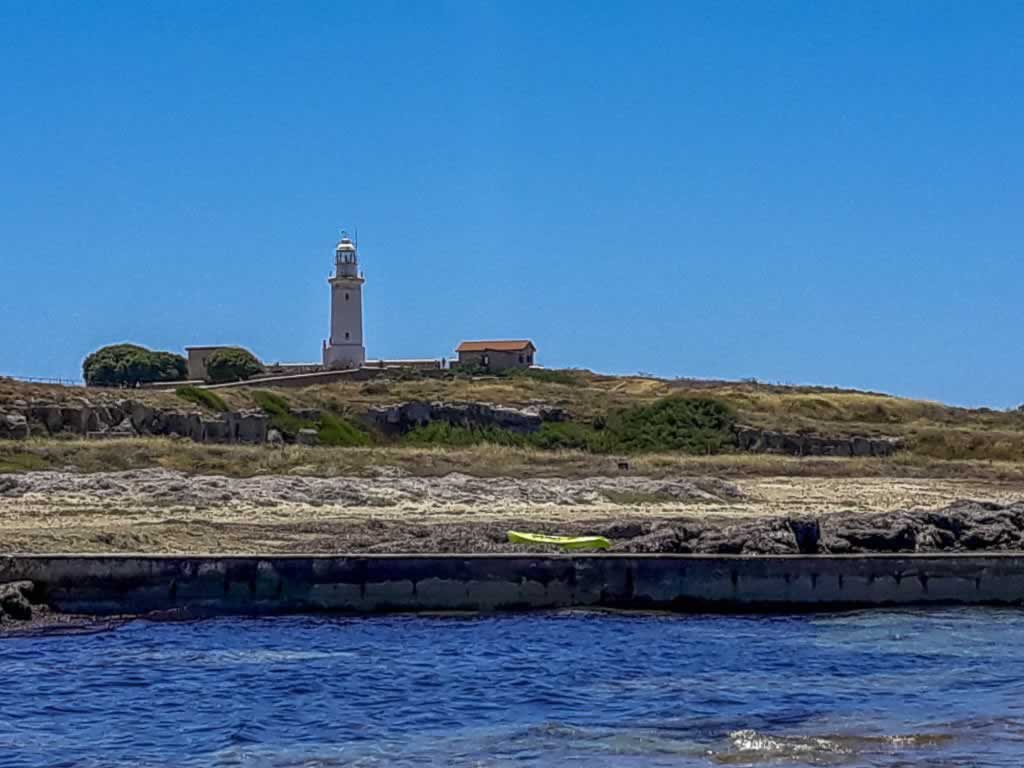 In fact, you’ll walk for a very long time on the coast, in a dreamy landscape. 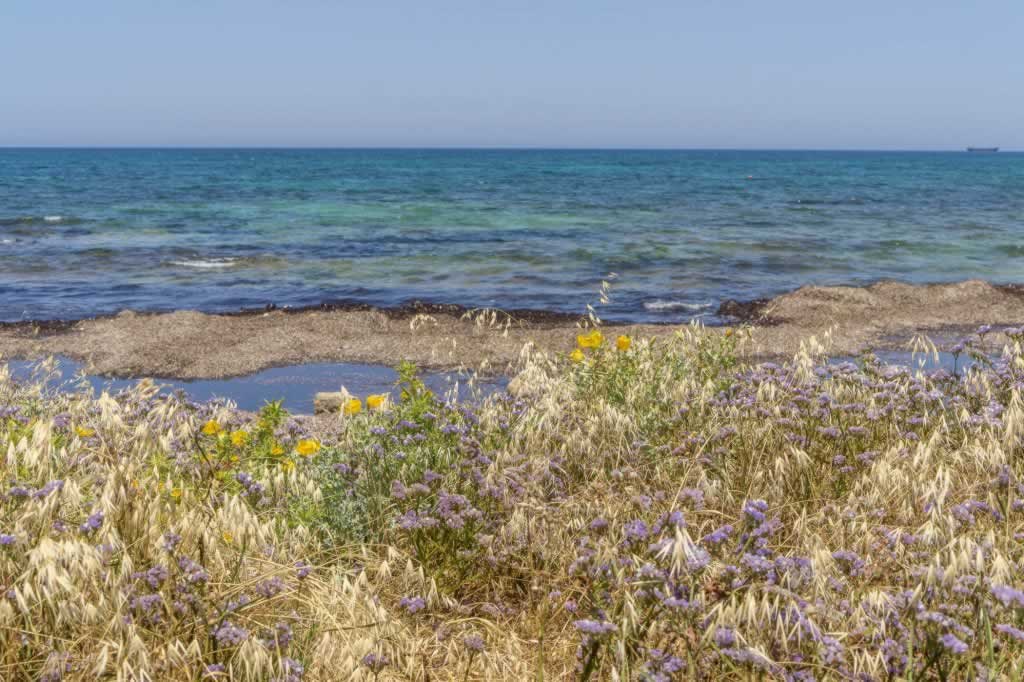 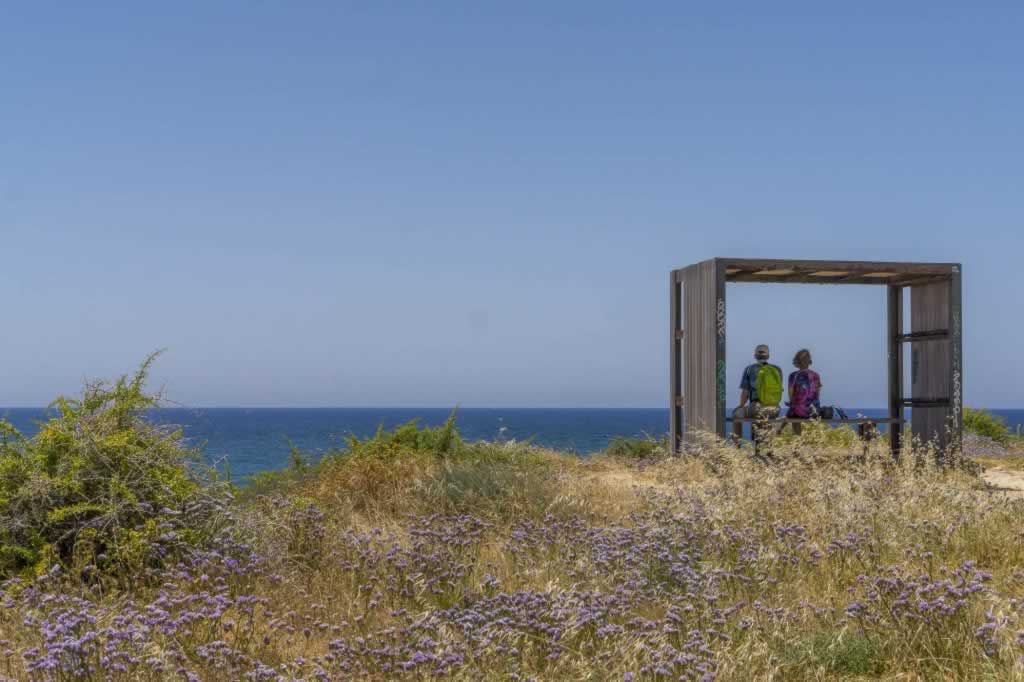 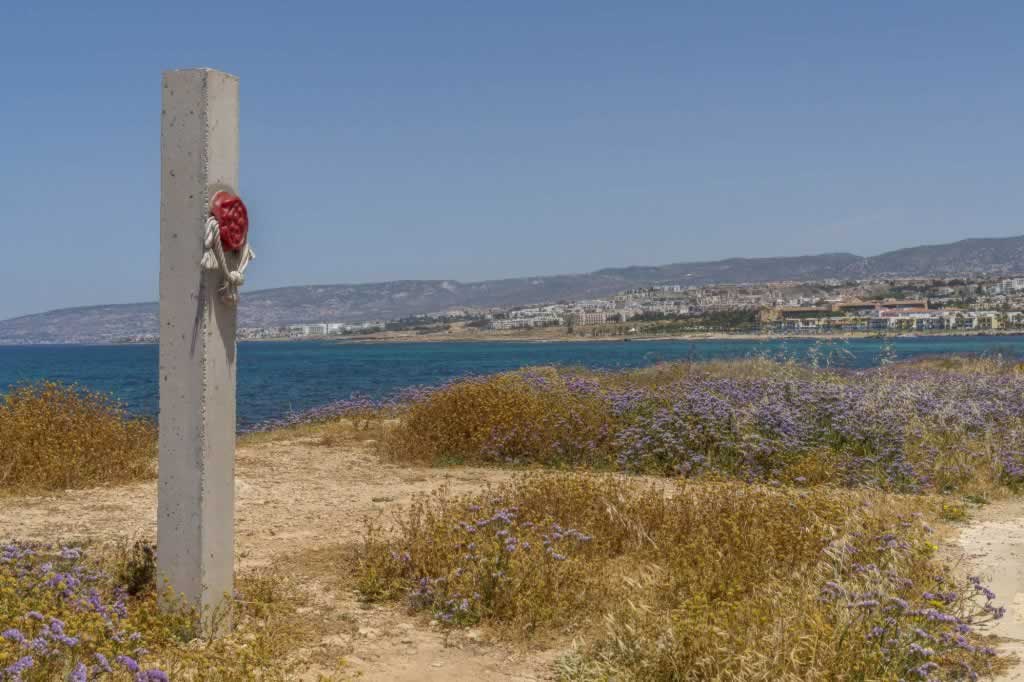 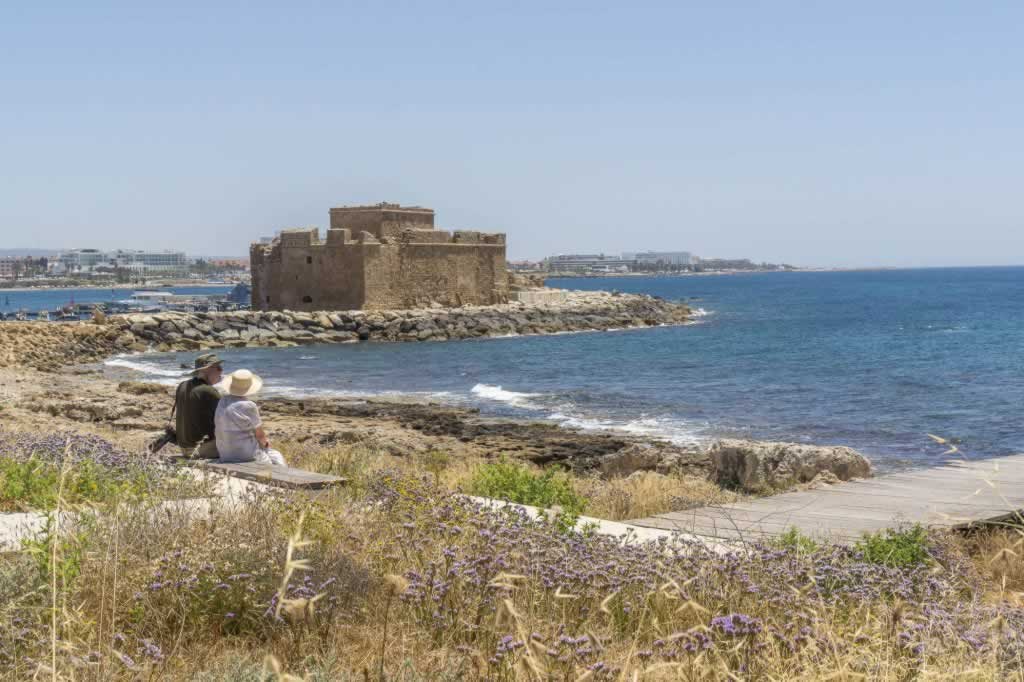 You can also choose a hotel nearby the Paphos Marina and the Castle. That’s also a nice and lively area with lots of tavernas. However, there are no sandy beaches in this area. You’ll sunbathe on wooden decks and you’ll enter into the sea by using iron stairways. 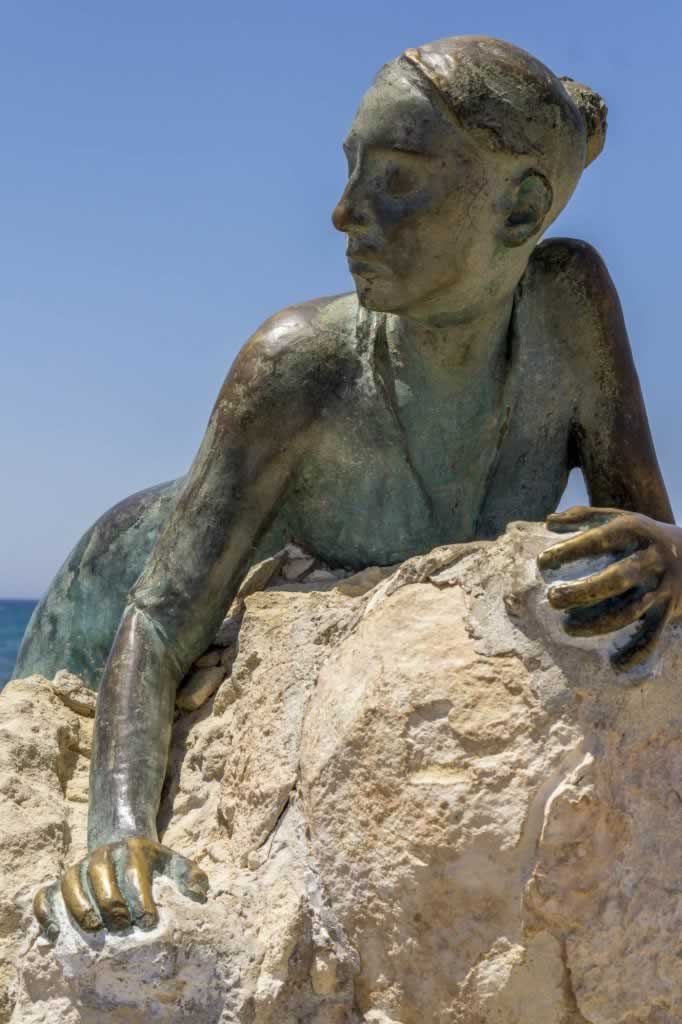 This statue guards the Paphos Castle. It has a barcode you can scan to read the story of the artist who created it.

As you pass the Castle and the Marina, you’ll enter an area with luxury hotels, with private swimming pools and with lots of amenities. This is the ideal place for those seeking for relaxation. Although there aren’t any sandy beaches here, either, the sunbeds and the umbrellas are scattered on green, well-kept lawns. To enter into the sea, you have to descend a flight of stairs and then cross a very narrow stripe of pebbles and sand.

Where Is the Kato Paphos Archaeological Park?

The park is surrounded by a fence. You’ll see the lighthouse very close, but you’ll have to go to the Paphos Marina entrance, at about one hour walking distance from Faros Beach.

You’ll first encounter the Medieval Castle, which is also part of the archeological park, even though it is outside the surrounding fence. You’ll need a separate ticket to visit the Castle. Beware, it is not wheelchair accessible. 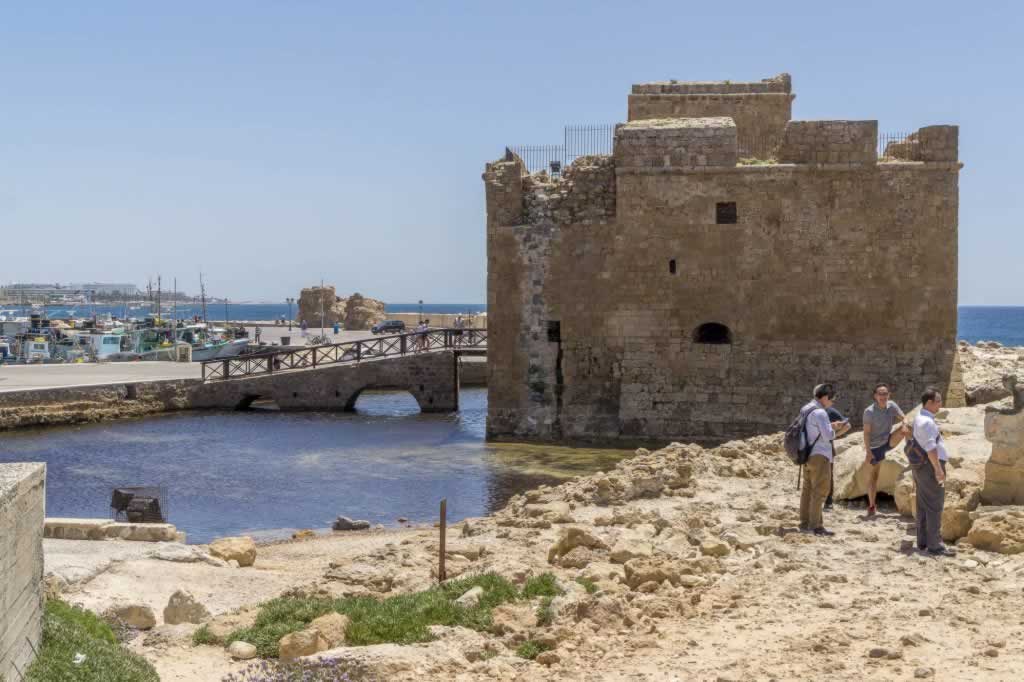 This is one of the most beautiful coastal walks I’ve seen. However, there’s no natural shade along the way, so make sure you wear plenty of sunscreen and an oversized sun hat.

How To Visit the Kato Paphos Archaeological Park?

If you want to do the coastal walk, start early in the morning to reach the park before noon. Take drinking water with you, because there aren’t any shops along the walk.

When you reach the Paphos Harbor, buy water, visit the castle, eat an ice cream and enter the archaeological park. You may want to use the toilets, as there won’t be any others inside the park.

If your hotel is in the central area of Paphos, you don’t need to return to the same gate to exit the park. Just find the other exit and get to the main road of Kato Paphos. 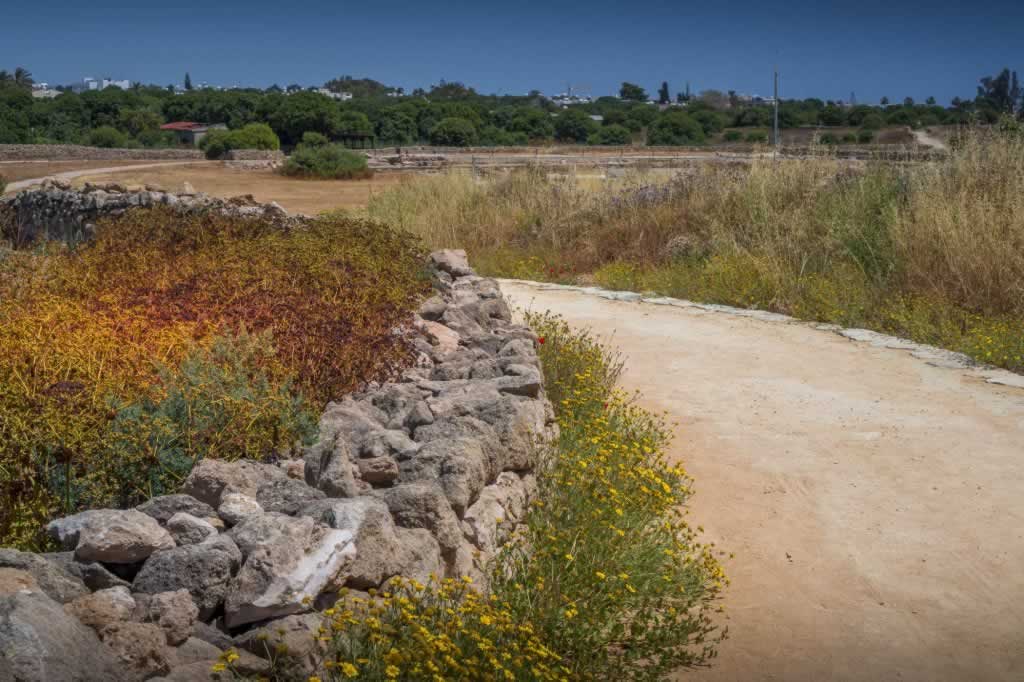 Why Is the Archaeological Site of Paphos Worth Visiting?

Located in southwestern Cyprus, the archeological park of Paphos (with the alternative spelling Pafos) is still under excavation. Yet, there are many ruins dating from the 4th century BC to the Middle Age. The houses of Dionysus, Orpheus, Aion and Theseus are nicely restored. The Roman mosaics inside these buildings are impressive. 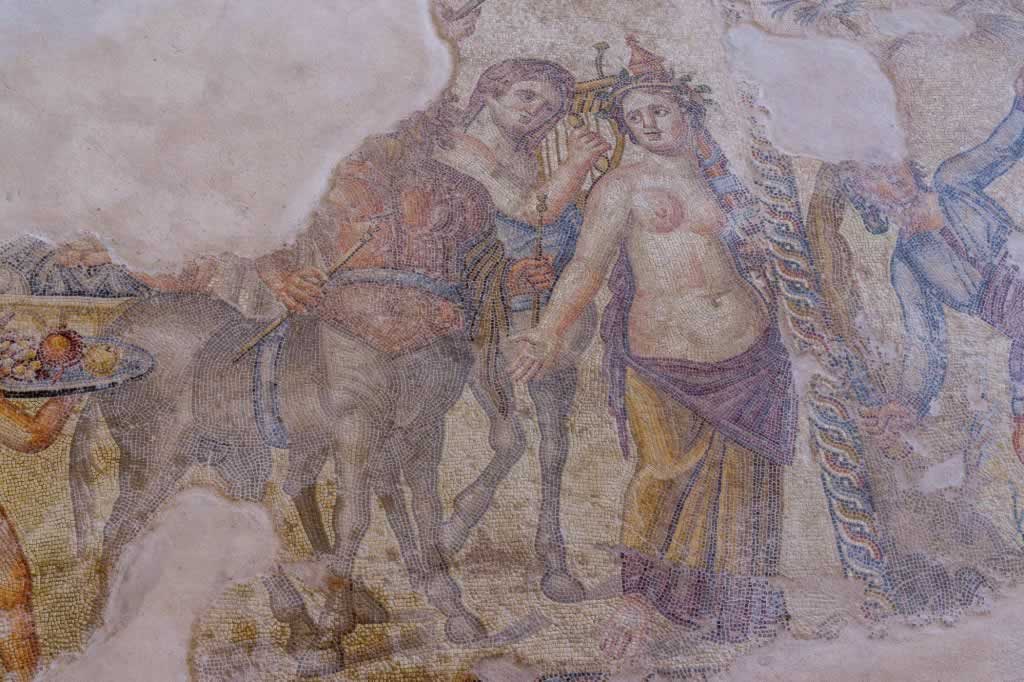 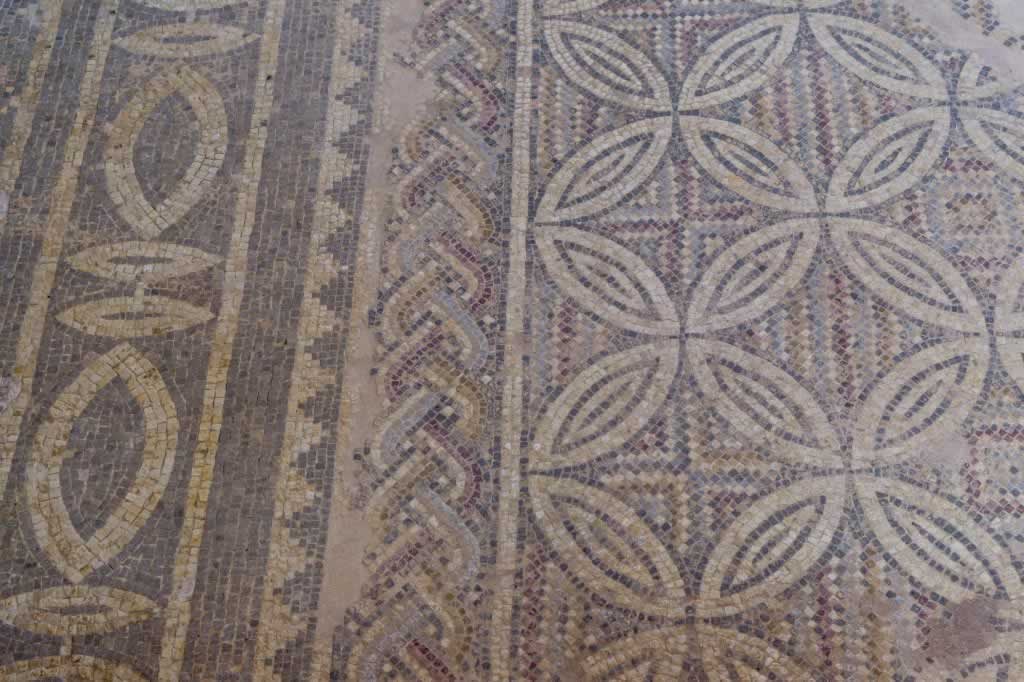 The lighthouse is too tall for taking a selfie with it. If you want a photo of yourself nearby the lighthouse, you’ll have to use a tripod or to ask someone else to take it for you. 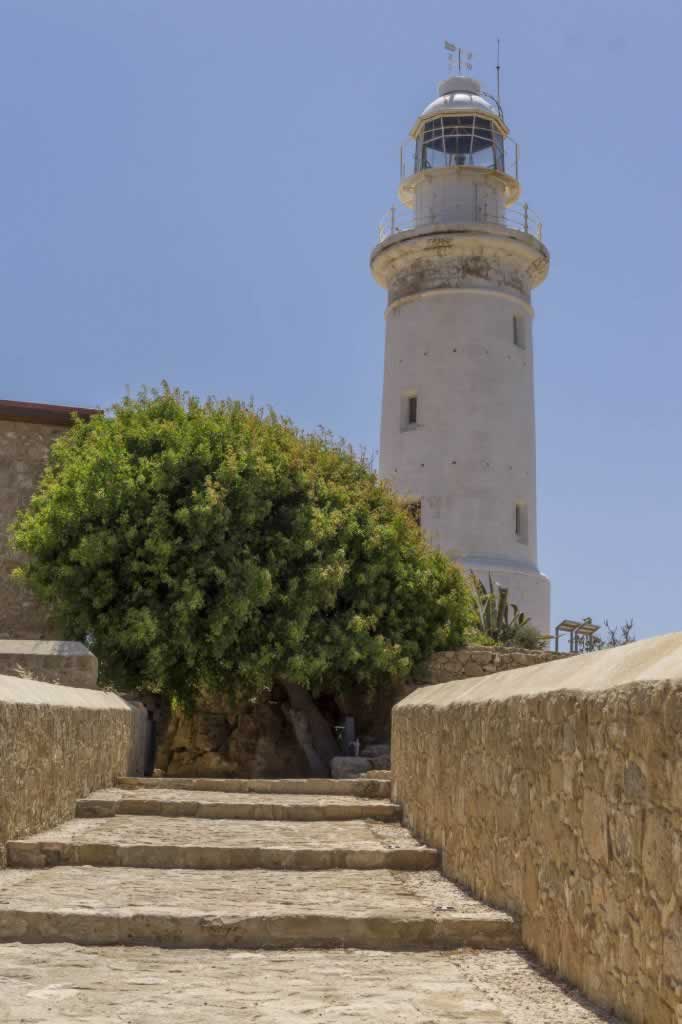 The park is closed on Christmas Day, on Easter Sunday (Greek Orthodox) and on the 1st of January.

Here are a few more details and photos of the Paphos Archaeological Park.

Do you want to save this article for later? Pin it here: 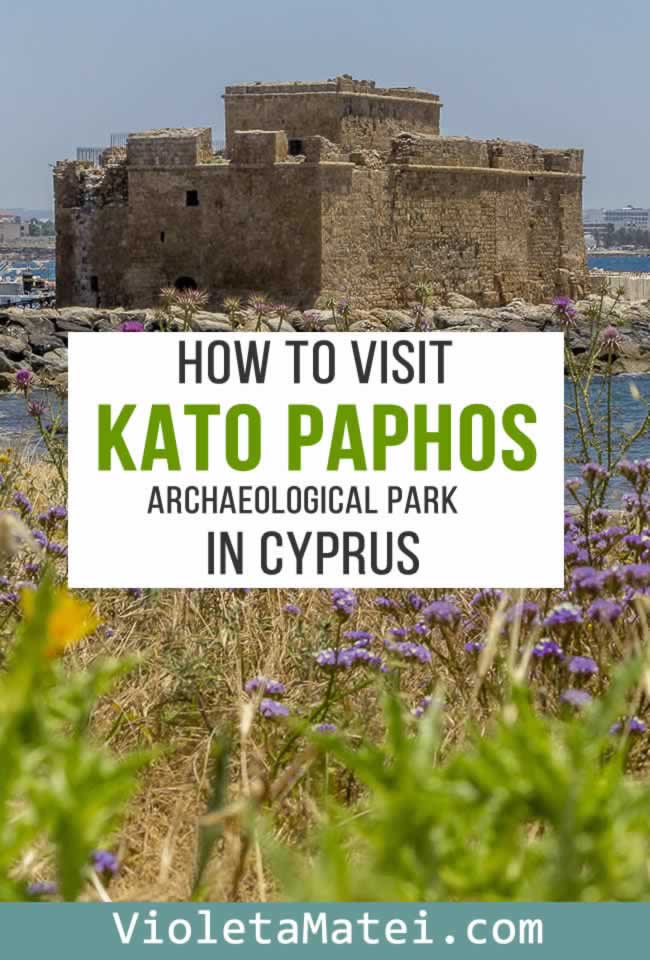