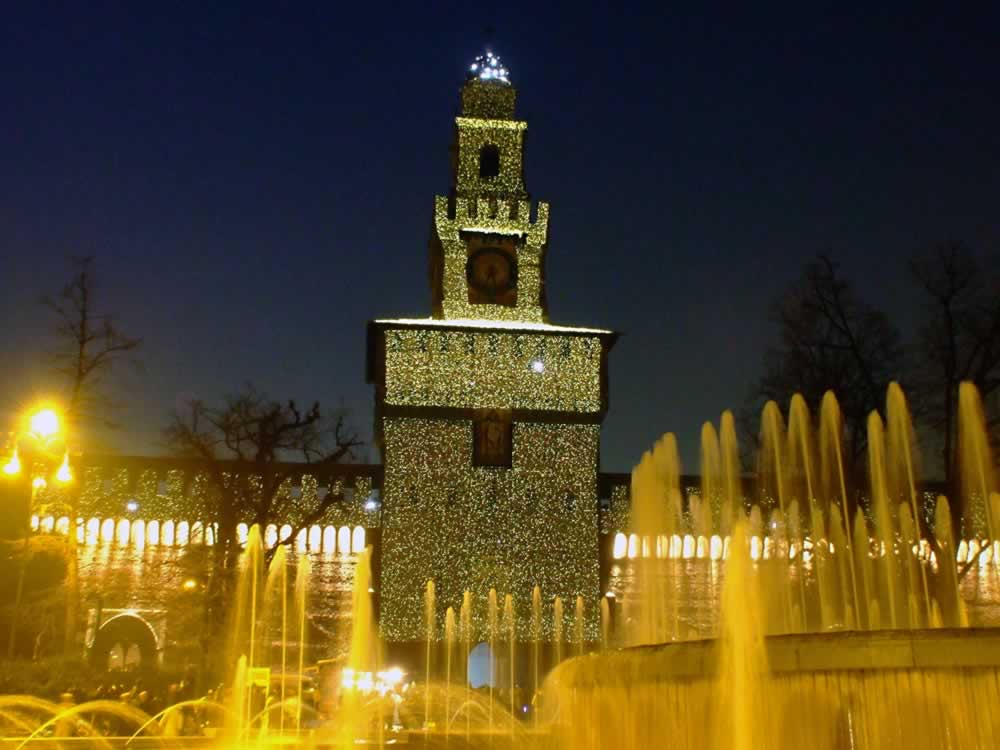 Did you know Northern Italy was home to some beautiful castles? You may have heard about Museo Castelvecchio in Verona, Castello Sabbionara in Avio, or Castel Ronco in Bolzano. These are only a few examples of amazing ancient Italian architecture. A list of these castles in Italy wouldn’t be complete without Castello Sforzesco (also known as Sforza Castle or Milan Castle) in Milan. I visited this castle several times during my travels, back in the time when I wasn’t even thinking to write a travel blog.

The above photo of Sforza Castle (Sforzesco Castle) was taken during Christmas holidays. Built in the 15th century on the ruins of a 14th century building. this castle is one of the best landmarks to pick for a one day in Milan itinerary. The original castle was the home of the Visconti family and it was destroyed by the Golden Ambrosian Republic (source). Here are some neat history facts, should you want to know more about this building, its architects and its inhabitants.

The Architecture and the Layout of Castello Sforzesco

Unlike the internal square towers, the two towers on the exterior side of the castle are round. They replaced the square ones in order to provide better protection against fire weapons (according to Wikipedia) 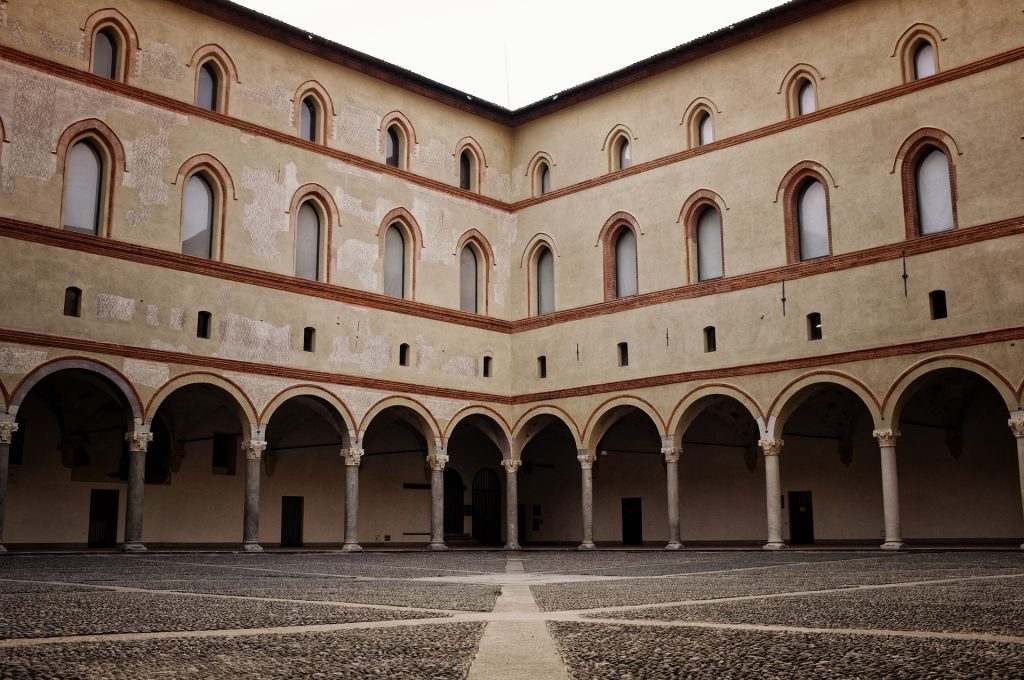 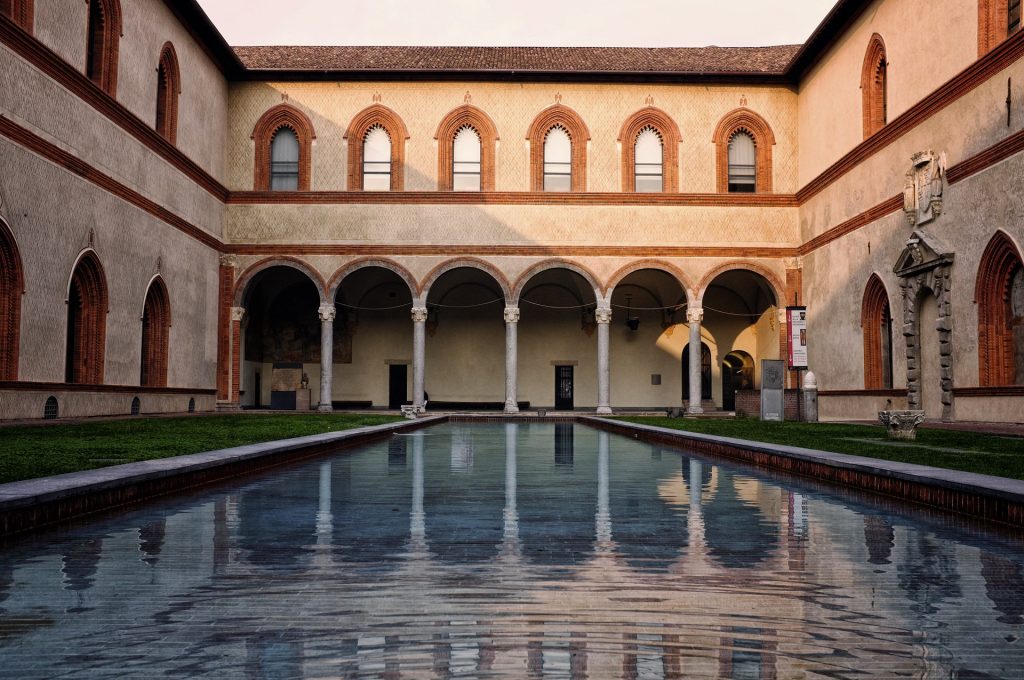 How To Get to Sforza Castle

From Milano Centrale train station, you need to take the subway (Line 2) to get to Sforza Castle. There’s also a bus, but the services depart every two hours, so you may not want to use this. As there are about 3.5km, you can walk this distance in about 40 minutes.

From the Duomo, you can take the subway (line 1). However, the distance between the Duomo and Sforza Castle is of only 1 km, so you’ll need less than 15 minutes of walking to get there. I’d choose this over the subway any time.

How & When To Visit Sforzesco Castle

The best way to visit Sforzesco Castle is as part of a walking tour of Milan. Here’s an interesting tour you may want to take a look at. It includes this castle, as well as Santa Maria delle Grazie, the church that hosts Leonardo da Vinci’s painting, The Last Supper.

If you want to do your own thing, go on a self-guided walking tour. Start from the Duomo, visit the Galleria Vittorio Emmanuele II, move on to Sforza Castle, and then to Parco Sempione. Don’t skip the park, because it is simply amazing. As I hadn’t asked anybody what to wear in Italy in November, I was overdressed and I didn’t wear the best walking shoes ever. Even so, I managed to cover lots of tourist objectives in less than one day.

This castle is very beautiful all year round, but it is the most impressive during winter holidays, in the evening, when it is magically lit. 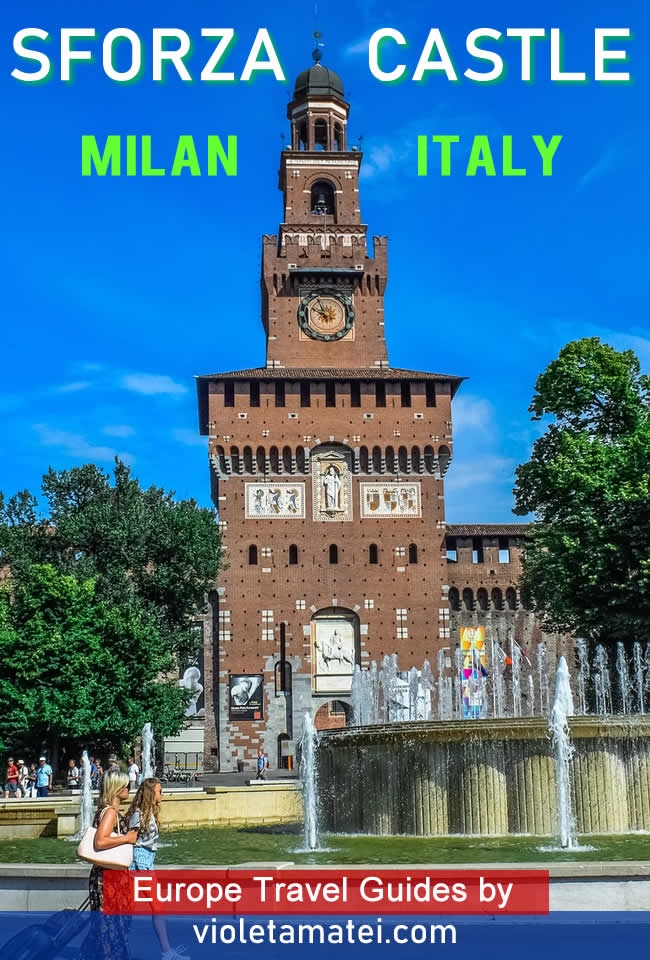 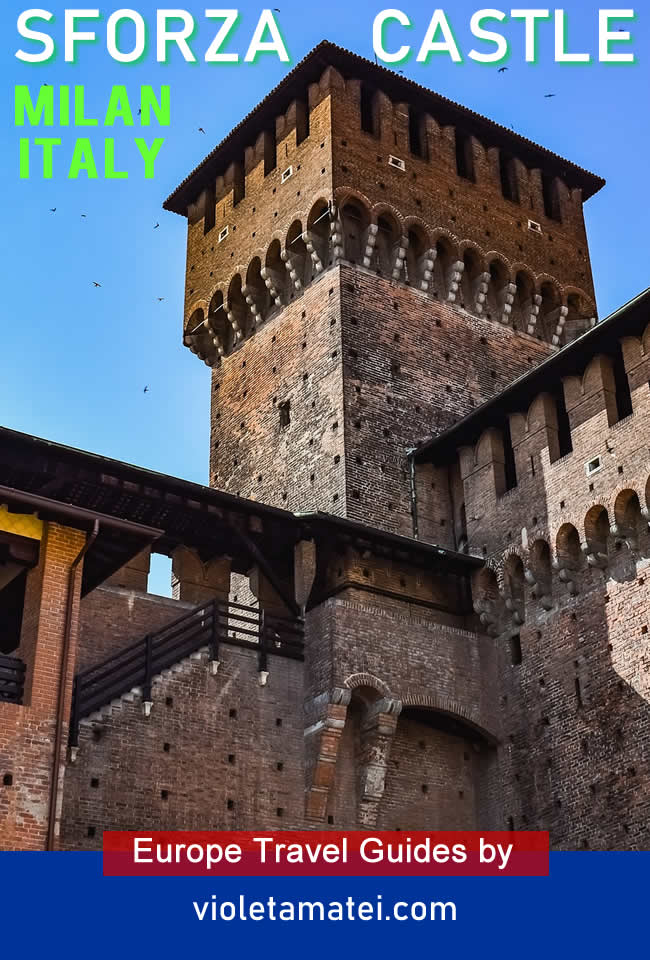