Home | Nepal | What to Pack for Everest Base Camp Trek

What to Pack for Everest Base Camp Trek 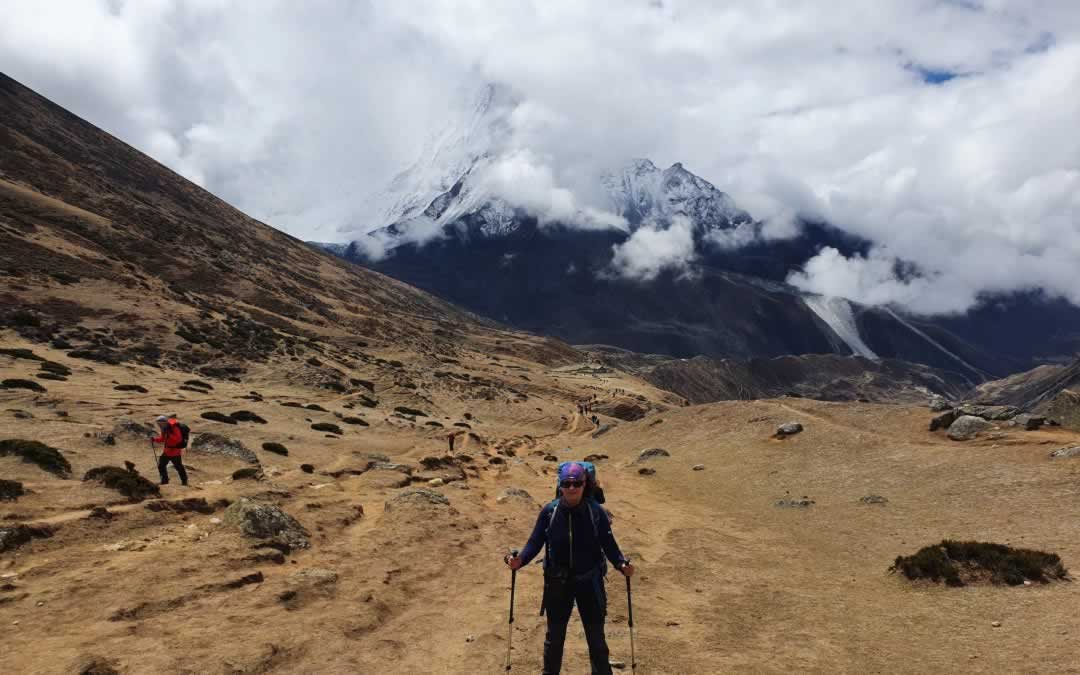 When I published the first article about my Everest Base Camp trek adventure this May, I promised some follow-up articles in regard to the cost of this trip, as well as with exhaustive articles about the most difficult parts of this trek. For now, let’s take a closer look into the gear you’ll want to pack for your EBC trek. We’ll discuss shoes, bags, backpack, clothing, accessories and electronics. 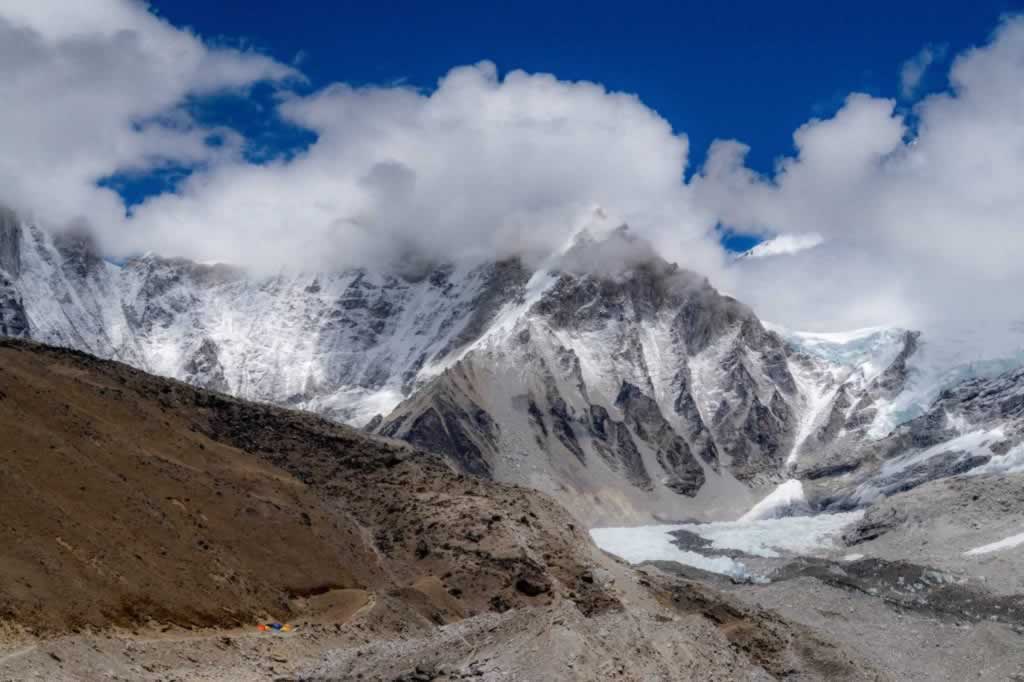 You’ll walk a lot, you’ll climb a lot, and you’ll step over rocks and boulders a lot. You can’t afford to wear bad shoes. Comfort and quality are equally important, so do yourself a favor and stay away from cheap boots. Buy a reputable brand such as Scarpa, Salewa, Salomon, or Mammut. Choose tall boots that provide ankle support. Approach shoes could be an interesting option, as well. Also, make sure you do have a spare pair of shoes, maybe lighter than the main pair, but sturdy and reliable.

Even though I don’t consider myself a Salomon fan, my last two pairs of hiking boots were Salomons. The image below shows the latest version of the boots I wore on my Everest Base Camp Trek (my model is actually an older one which is no longer available, so I’m linking you to a more actual one). These boots served me very well, even on the snowy part of Cho La Pass..

The other shoes I had with me on the EBC Trek were also Salomon. I’m linking you to one of the more actual versions of this low rise shoe, here, below:

I carried this pair of shoes for nothing, as I only wore them once or twice. For the rest of the time, I found the rubber slippers to be a more comfy choice (to wear with or without socks around the tea houses and in Kathmandu). Nevertheless, you can never know when your hiking boots fail on you, so you want a spare pair in your backpack at all times.

All of my footwear on the trek were the mid-rise hiking boots, the low hiking shoes and the slippers. The sleepers come in handy when you need to use the toilet at night. One week into the trekking, though, I was already wearing the slippers in the dining room at tea houses, barefoot, just like the locals. Walking barefoot feels awesome after a long day in hiking boots, you can take my word for it.

There was some snow in Cho La Pass. As none of us had microspikes, we bought them in Namche Bazaar. If you forget, you’ll be in trouble, as there aren’t any mountain gear shops above Namche. Here’s how they look:

The backpack is arguably the most important piece of gear, as you’d have to carry it on your back for many hours a day, for about two weeks. In my experience, a 50 liter backpack would do just fine. I had a Deuter Lite 40+10, which I had bought specifically for the Everest Base Camp trek. It’s a keeper. I’ll review it in one of my future articles. For now, make sure you set aside 200-300 USD for your backpack.

If possible, get a backpack with both top and bottom access. Stuffing a sleeping bag inside a narrow backpack is a challenge, particularly when you’re new to folding and compressing stuff. 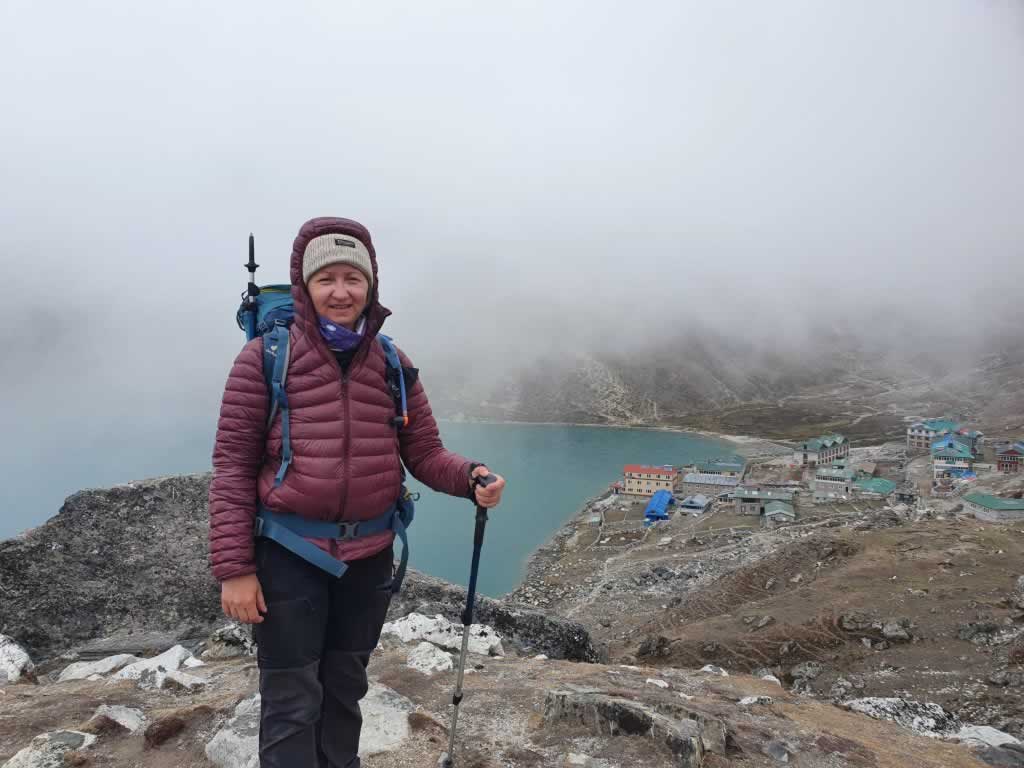 If you go with an agency, chances are they’ll provide duffel bags for you to put the stuff for your porters inside. We were a small group, though, and one of us already had this duffle bag, so we ended up buying a second one in Kathmandu.

Again, quality matters, so don’t settle for a cheap counterfeit bag. When you buy The North Face in Kathmandu, you don’t know what you’re getting unless you buy it in their official store.

A Camelbak hydration reservoir enables you to drink water during trekking without having to stop for reaching out for the bottle in your backpack. These reservoirs fit inside the backpack, in a special pocket. Camelbak is probably the most popular brand of hydration systems. Nonetheless, there are other brands are equally good such as Deuter (this is the one I’ve bought together with my backpack).

I got the 3 liter water bladder, as I knew we were going to drink about 4 liters of water per day. However, I didn’t always fill it to the full, because that would have added too much weight to my backpack. I’d say that a two-liter water bladder would do just fine.

Aside from the hydration system, you should pack a Nalgene bottle (or something similar) to make your electrolyte solution in the morning. Also, pack electrolytes tabs. They are available in pharmacies and in sports stores. You can probably buy them in Kathmandu, but we had our own, so I’m not sure about that.

I preferred to have this bottle to use for my morning electrolyte drinks, rather than putting the tabs directly in the reservoir.

We had some water purifying tabs with us, but I preferred to buy bottled water. Maybe that wasn’t the most responsible choice, but I found mornings very difficult anyway, so I wasn’t keen on preparing my water for the day.

For my next treks, I’ll probably buy a Steripen. This device is convenient, even though it adds to the overall weight to carry on your back. However, I was impressed with how many empty plastic bottles I left behind me in those tea houses, so I promised to myself to avoid this in the future.

Even though we completed the EBC trek in May, we still needed oursleeping bags for at least five or six nights, starting from Tengboche, then in Lobuche, Gorak Shep, Dzongla, Dragnag and Gokyo.

In April-May, night temperatures don’t fall under the freezing point. Keep in mind, though, that tea house rooms have very thin, plywood walls, and no heating at all. Choose your sleeping bag accordingly.

During winter time, you’ll need a much warmer sleeping bag, as mornings are freezing cold. I had a RAB Ascent 1100 which I can’t find in stock anywhere, so I’m linking you to the nearest version from the same brand, here.

Even though there are paid hot showers in all tea houses, you won’t be willing to wash yourself too often, because of the cold. I certainly felt fine “showering” with wet wipes all the way from Dingboche (where I last took a nice, hot shower and dried my hair in the afternoon sun), to Tengboche, then to Everest Base Camp, Cho La Pass, Gokyo, until we arrived back to Namche Bazaar.

Do you want to know how I managed to not shower and yet not stink? I used merino wool base layers. As a matter of fact, I only had one long sleeved shirt made from Merino wool and I wore it everyday. After about nine days, I replaced it with a synthetic one. By the end of that hiking day I was the stinkiest creature around. It comes without saying that I switched back to my good old merino base layer which I wore until we reached Lukla.

I packed two pairs of hiking pants, one lighter for lower trekking days and one warmer for the high altitude treks. I also packed one pair of tights and one thermal underwear. I only wore the thermal underwear, and only for one day (and I was too hot).

Panties: I think I had about 10 pairs. While in Kathmandu, I washed them, but on the mountain I simply changed them everyday.

I packed five or six pairs of socks (many of them merino wool, some cotton). I wore the three merino wool ones for most part of the trek. I carried a pair of warm merino wool winter socks to wear on Kalapatthar. That morning, though, I decided sleeping was the way to go, so no Kalapatthar for me this time.

For the second layer, I packed a merino wool zip jacket and a fleece. I ended up wearing only the merino.

For the outer layer, I had a down jacket and a softshell. I wore them both on different days. In the photo below I’m wearing the merino. The mountains behind are wearing clouds. 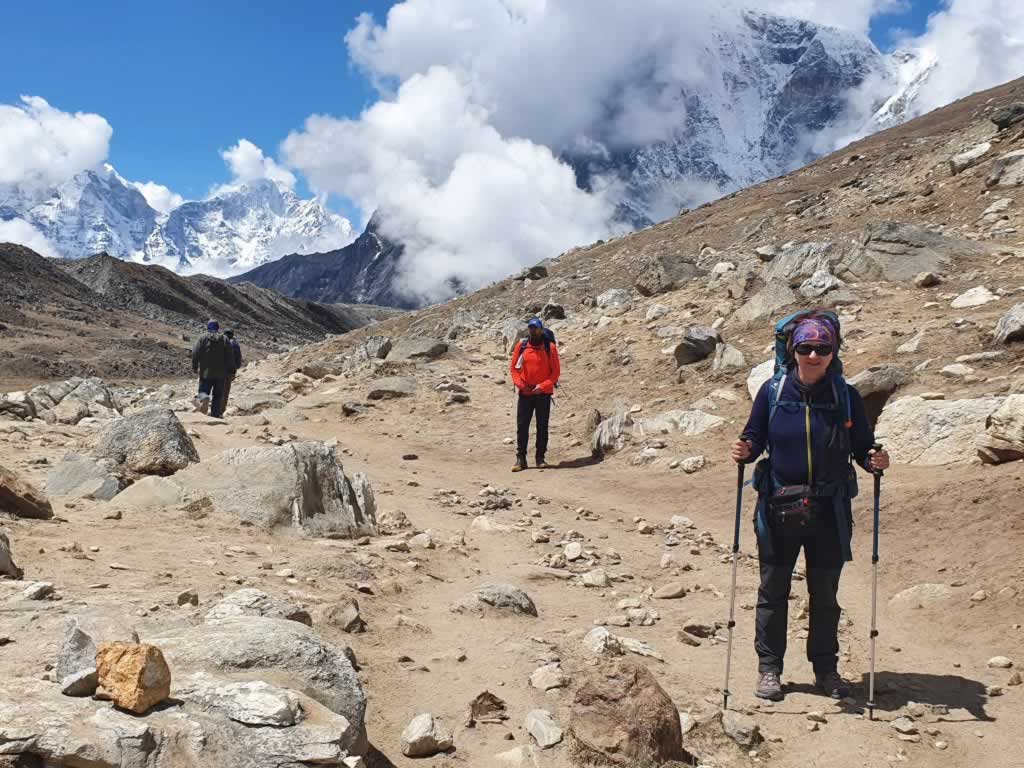 You also need to pack rain gear. I had both a rain jacket and over pants. Fortunately, I only needed then for a few hours, in the last day of trekking, between Namche Bazaar and Lukla. It was already the shoulder season, so the monsoon was showing its ugly (in fact beautiful but rainy) head.

I packed a merino wool buff to wear it around my neck or on my head. I ended up buying a second one in Namche Bazar, to wear both of them, one on the head and one around my neck. My warm hat with fleece lining was too hot for the day temperatures. Nevertheless, it proved to be a life saver during those cold nights on the mountain. I wore it to sleep and I loved it.

Pack a pair of gloves, especially if you want to hike the Cho La Pass. I only wore gloves at higher altitude (above 4500m or so). I got my gloves from Montane, the famous UK outdoor brand. Here’s a pair that looks very similar to what I’ve got, just to inspire you.

As I never used trekking poles before, I’ve bought some in Kathmandu. I used them and I found them helpful. Nevertheless, many hikers hate them, as they consider poles slow them down.

I had my dual-sim smartphone. I bought a NCell data sim in Nepal, at the airport. It worked very well until Dingboche. After that, it didn’t catch any network, so it was useless for several days. There’s Everest Link, though, but I overlooked this, so I had to rely on the relatively pricey options at tea houses.

I also had my photo camera and a Go Pro camera, as well as two external batteries, an oximeter and a Garmin smartwatch. Our guide had an oximeter, as well, as he measured our blood oxygen levels every evening.

Sunglasses are VERY important. At high altitude, the sun rays can harm your retina, so you must wear sunglasses even when it’s cloudy. I had category 3 polarized sunglasses from Polaroid. I was good. While crossing Chola Pass, however, the snow reflected the sun so strongly, that I was sorry for not getting category 4 sunglasses like this ones, here. 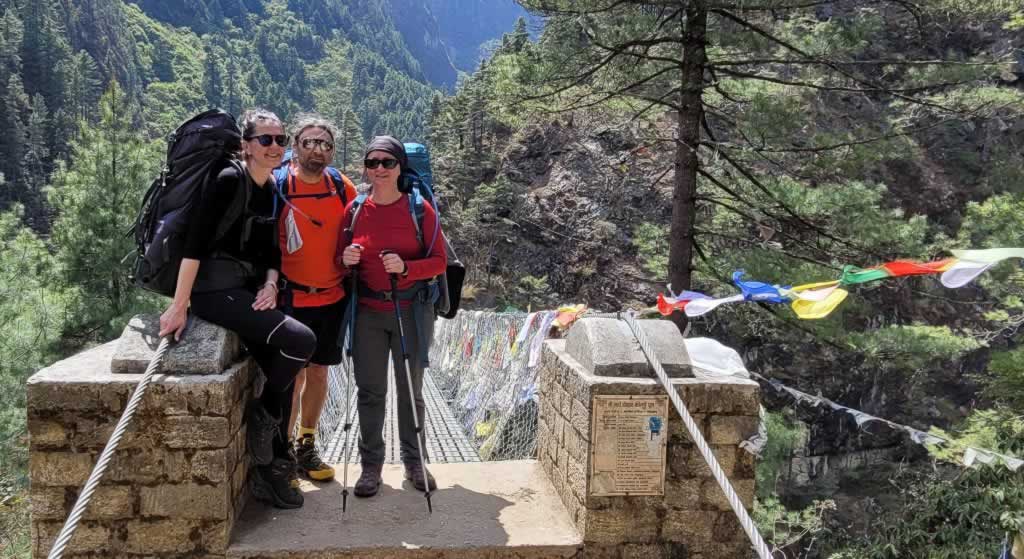 This is my Everest Base Camp packing list. I had some other things which I’d now leave behind, but that’s a topic for another article.