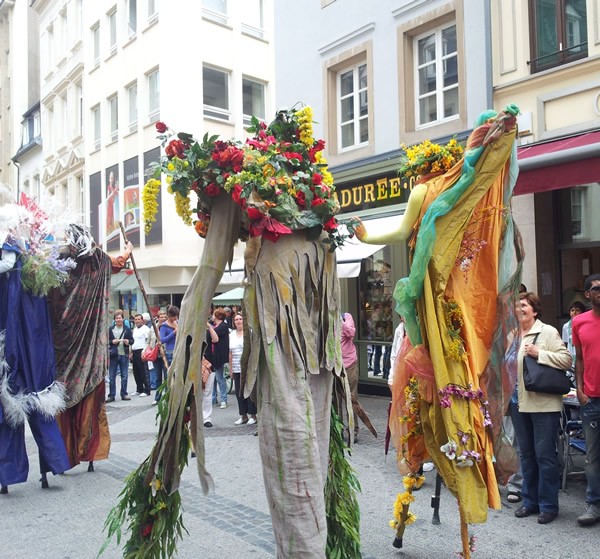 Browsing through the travel guides for information about Luxembourg doesn’t give you many reasons to visit it: a very small country (200 times smaller than France), with annoying climate (rainy-windy-all-the-time known as ‘Luxembourgish’ weather) and expensive accommodation. But as I had the chance to see it many times I discovered a very nice little Grand Duchy, with many touristic attractions, where the so called drawbacks have turned into real assets.

Before we start, let’s see some interesting facts about the 8th smallest country in Europe (the other seven being Vatican City, Monaco, San Marino, Liechtenstein, Malta, Andorra and Georgia).

– Luxembourg was one of the six founders of the European Union (together with Germany, France, Belgium, The Netherlands and Italy.

– The Luxembourg language: there are three administrative languages in Luxembourg; German, French and Luxembourgish.

– In spite of a high cost of living, Luxembourg has the cheapest petrol in Europe

– Luxembourg is the richest country in the world (sharing this position with Qatar) – Source: StatisticTimes

– The 8th smallest country in Europe gained its independence in 1967, hence the country’s motto ‘Mir wëlle bleiwe wat mir sinn’, which means ‘we want to remain the way we are’.

– The Luxembourg currency is Euro

If these facts about Luxembourg made you want to visit this tiny country in Europe, you should know that you can see most of its best attractions in one or two days. You can set your base in any of the neighboring countries, Germany, France or Belgium and take day trips from there.

When you realize that the Grand little Duchy can be crossed through by car in 2 hours, you may start to appreciate its little ‘defect’ of being a small country. Less time on the road gives you more time to spend at the touristic sites.

If you can’t be bothered driving in Europe, you may want to check out this full day sightseeing tour of Luxembourg and Dinant from Brussels – click here to see the details and the price as of today, Saturday, December 10th 2022.

If you prefer to drive, here’s what you can see in Luxembourg in one day: 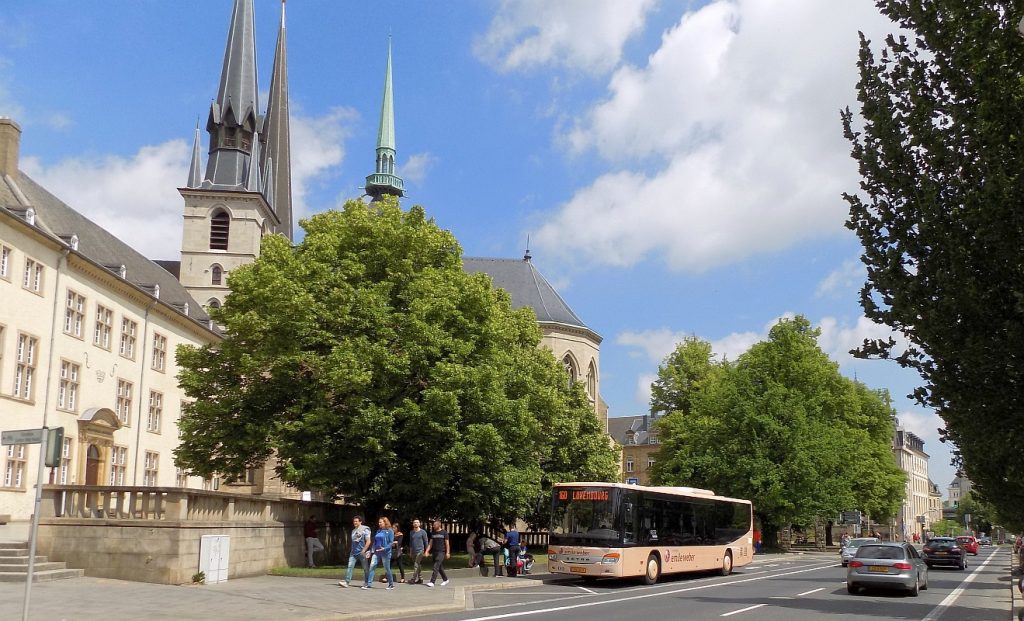 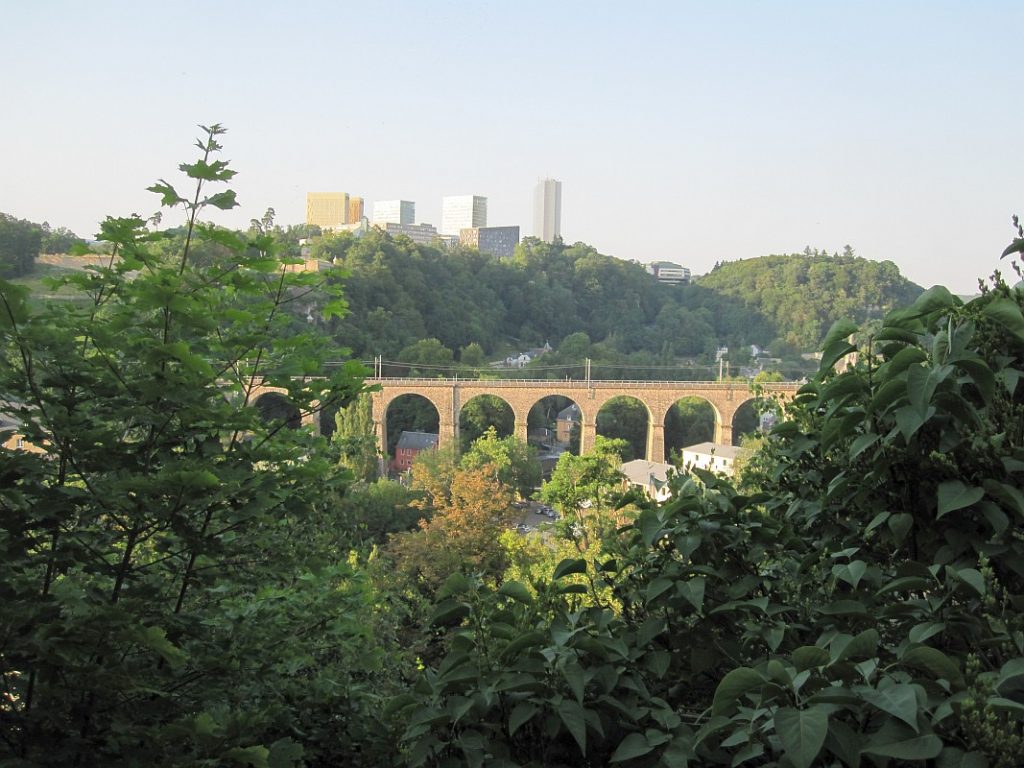 – The Northern part in the morning, at the Clervaux Castle and the Water Tower at Dudelange, both of them now museums displaying famous photography collections (The Family of Man). In the afternoon you may go to the Castle of Vianden (by car, by foot or the chairlift, which is a lovely experience) 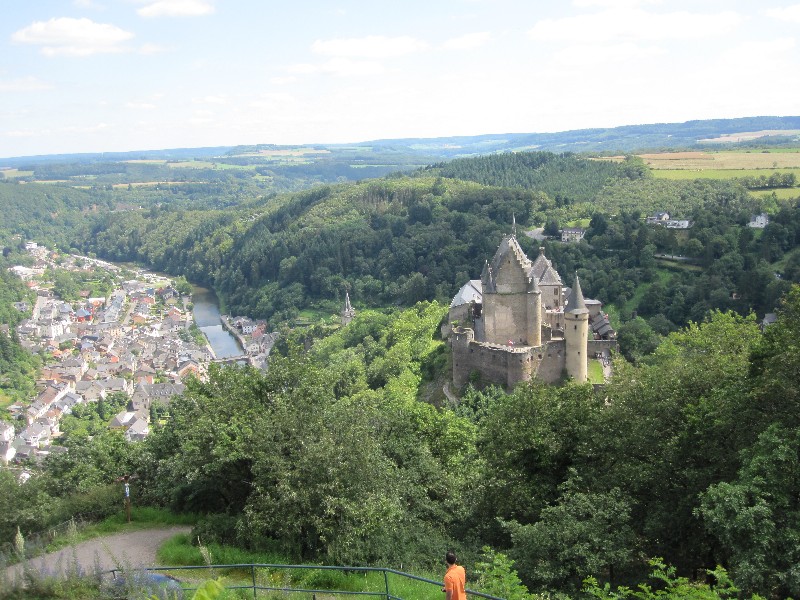 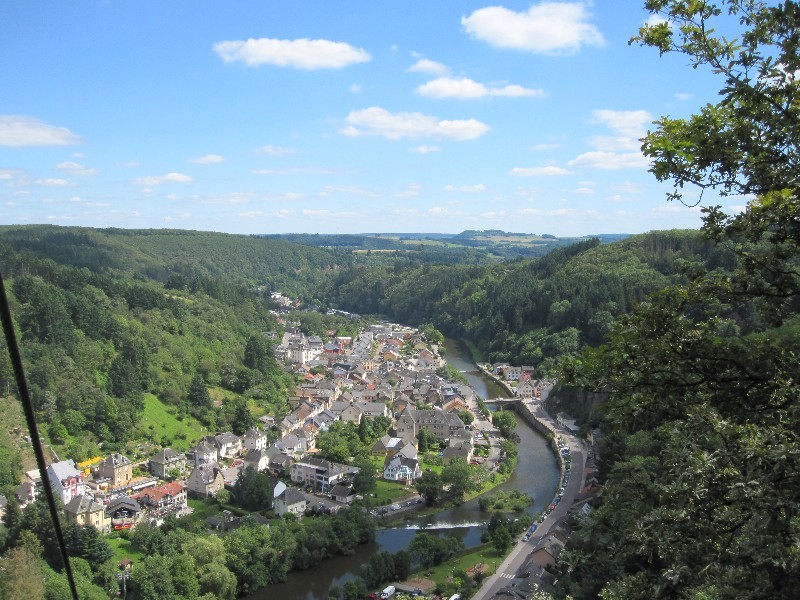 – To the East, at Echternach (at the border with Germany), the oldest town in the Grand Duchy, and finish the trip in the afternoon with a walk in Mullerthal (The Valley of Water Mills), also named ‘The Little Switzerland’, an area with breathtaking landscapes, dense vegetation and sparkling rivers.

The Northern area, called Ardennes, is the highland territory, covered with volcanic rock, stretching up to the German lands. It is less inhabited, full of woods, with deserted plateaus divided by deep valleys, among which two are more important: Sure and Our. The small towns are spread along the valleys, exhibiting the cliffs and high benches.

The South belongs to the Gutland area, which covers about two thirds of the Dutch territory and is assorted with farms, orchards and woods. It is more populated than the North and displays all the important cities of Luxembourg. The Mullerthal Region, Luxembourg`s Little Switzerland, is the paradise for hikers.

The proximity of the neighboring countries is another advantage of the region. The Mullerthal Trail, together with the German region Felsenland Südeifel, has set up the Nature Wander Park Deluxe, where you can have unique cross-border hikes.

In the south-east of Luxembourg there is a SPA town, called Mondorf-les-Bains. The Spa facilities are small, but modern and very attractive during both summer and winter. The water captured in the pools is extremely rich in minerals and naturally warm (24 Celsius degrees). In addition to the fitness pavilion, there are massage booths, saunas, indoor and outdoor swimming pools, solariums, Turkish baths and whirlpools. The poolside has a terrace in the open air, where you can enjoy fresh drinks or a full meal. 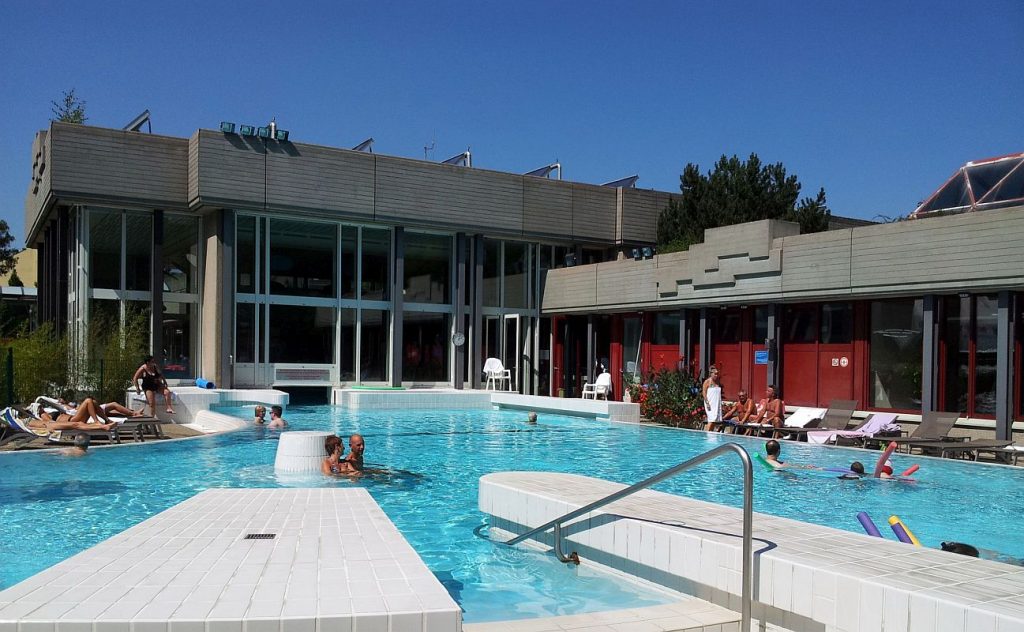 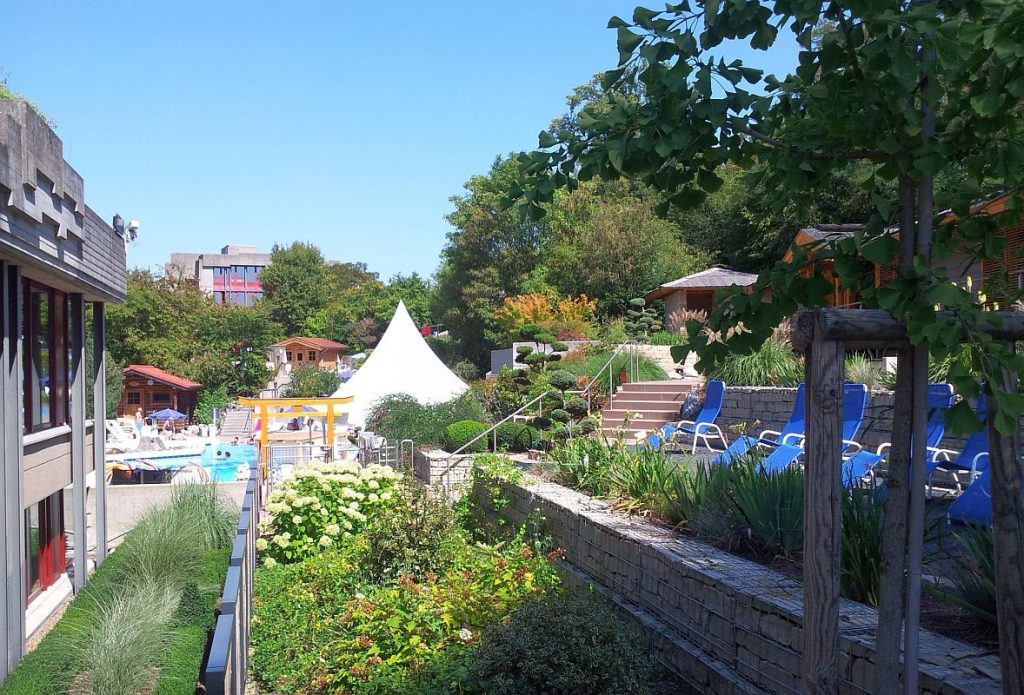 Luxembourg City, the capital of the country, is placed on the top of a cliff, at the confluence of two rivers, Alzette and Petrusse, which makes it surrounded and cut by deep impressive valleys.

Also known as The Northern Gibraltar for its fortifications built in stone as early as the 10th century, the city was appointed by UNESCO as a World Heritage Site in 1994. It`s not as large or populated as London or Berlin, but full of green, rapidly to walk by and full of pleasant surprises: large parks, nice museums (must see MUDAM, the Museum of Modern Art, and the Philharmonie new building, both build up with European finances), old architecture perfectly preserved along the centuries.

The deep valleys are connected through unique bridges, which are now the icons of the city. One of the valleys goes to Grund, the old town, with narrow streets and entertaining night life. The locals cherish each piece of land, no matter how small, farming it with flowers and vegetables. 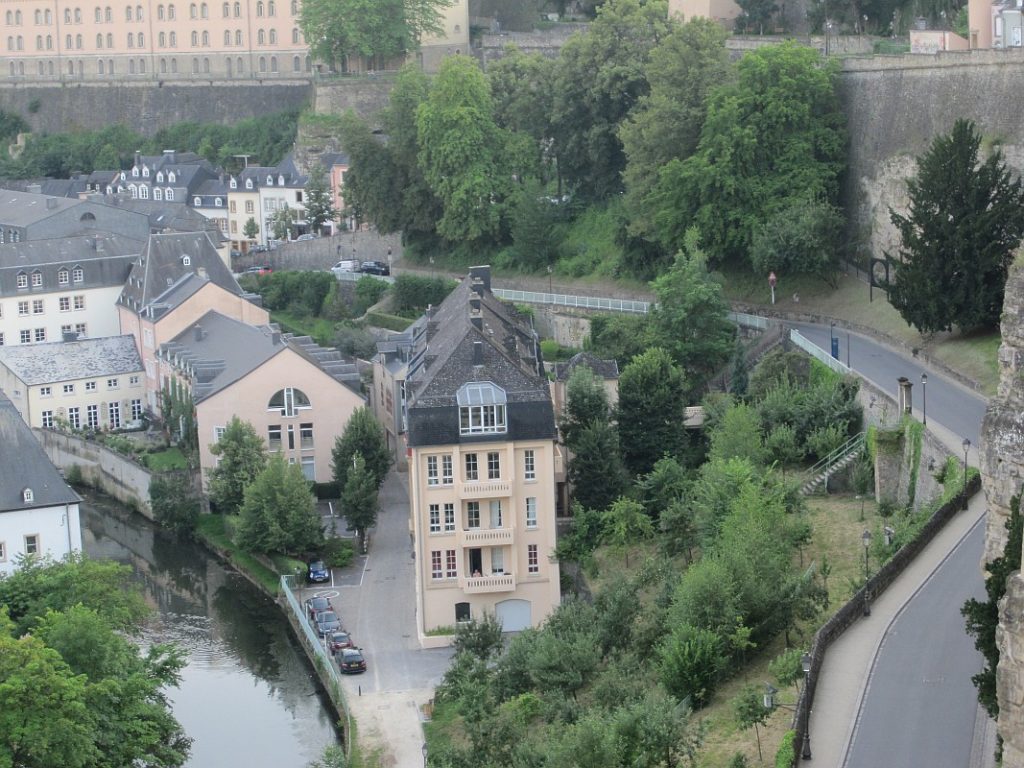 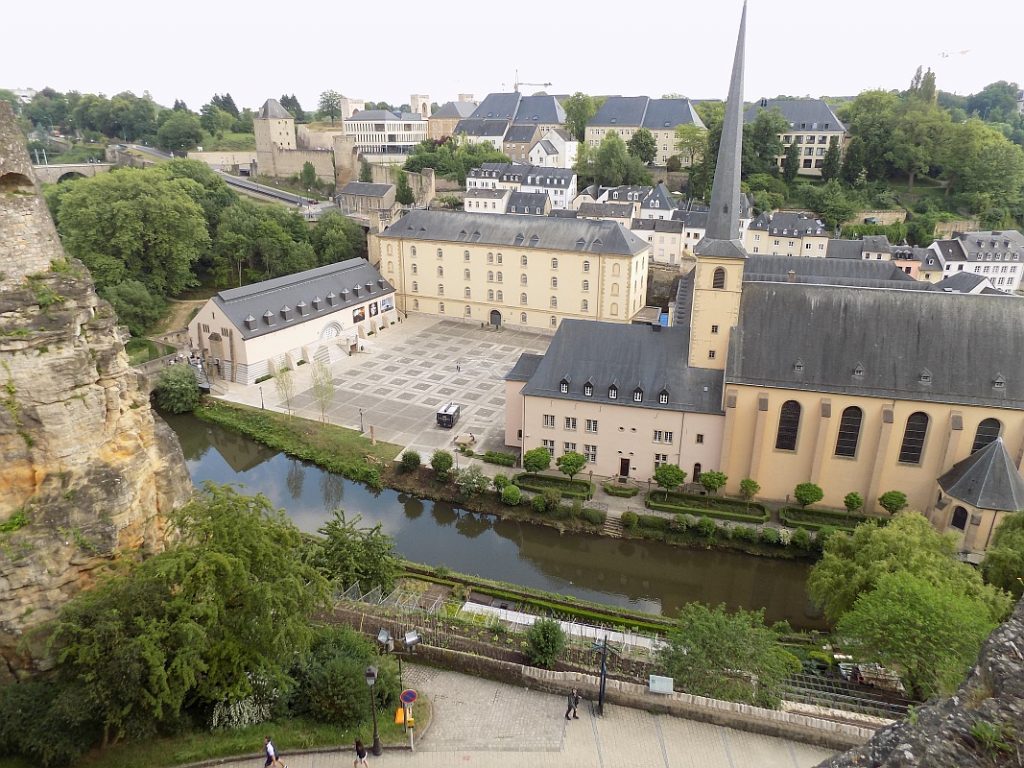 Luxembourg is now the base of many international banks and European institutions and the third EU capital, along with Brussels and Strasbourg

5. You are weary of the hot summer days and would enjoy some coolness

The locals know it: when summer has come to Europe, the weather in Luxembourg is more like in February. The winters are long, the summers are fast and short. Usually, the first hot wave is a week long, in April, and feels like an average July.

Then it`s cold and wet until the next half of June, when it starts warming a bit. But not too much, so hold on to your umbrella.

July is erratic, August – chilly. September is for warm surprises, sometimes as long as a week.

The advantage of such weather? You can sense it if you live in the Central – Southern Europe and fight the 40 degrees temperatures during summer.

6. You praise the gourmet menus and good wines

A good piece of news on the budget: Luxembourg city is full of restaurants, some credited with Michelin stars, with sophisticated menus and an excellent list of wines. And you don`t have to rob a bank to dine at the restaurant. Most of them offer for the lunchtime the daily menu for less than the menu a la carte. And there are places for every budget. Here and there, the restaurants place in the window the known headlines: ”Les moules sont arrivées.” 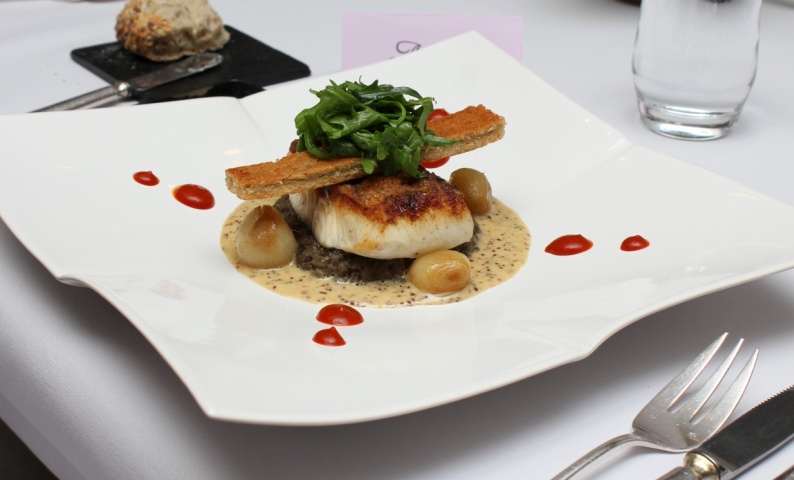 Clairefontaine, 2 Michelin Star restaurant in Luxembourg. You can eat pretty well in this small European country.

From March to May, Luxembourg hosts the Jazz Festival, Printemps Musical. Every Monday after the Easter, there is a ceramics fair, on Marche au Poissons.

The 7th week-end after the Easter is the start for the open-air summer events: The American Music Festival (jazz, gospel, reggae).

The National Day, on the 23rd of July, is announced by Fete de la Musique, when the Philharmonie Orchestra in Luxembourg plays concerts in Place Guillame II. The program of musical events in open air stretches along 3 months and is named Summer in the City.

During the last week in August and the first 2 weeks in September you can visit the amusement park called Schueberfouer, in Champ des Glacis: spinning wheels, wooden horses and toy cars, tents full of traditional food, home made sweets and drinks. 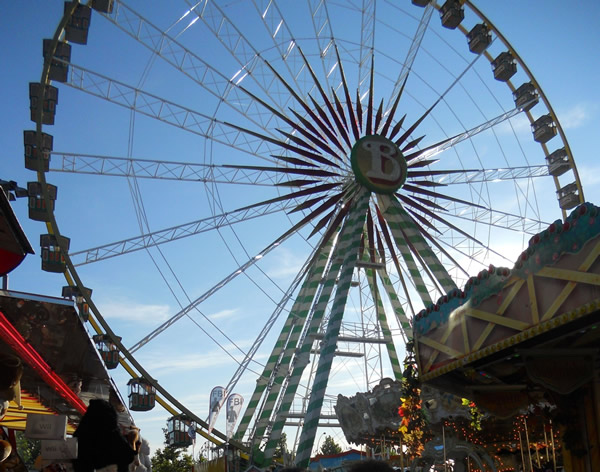 8. Luxembourg is not as expensive as you think

You know that Luxembourg is an important banking center, the headquarter of many international financial and administrative institutions. All these give it an official aura, cultural and rich fame and, unfortunately, a rise up… in prices. But not higher than in London, for instance. Or Dublin, which are the most expansive European cities.

On the other hand, in Luxembourg the price of gas is 1.2 euro per liter, which is the lowest of all European cities. So, why not enjoy all the beauties by a cost-effective car transportation all over the country?

Here’s a map of Luxembourg City with hotels and other accommodation types you can book: 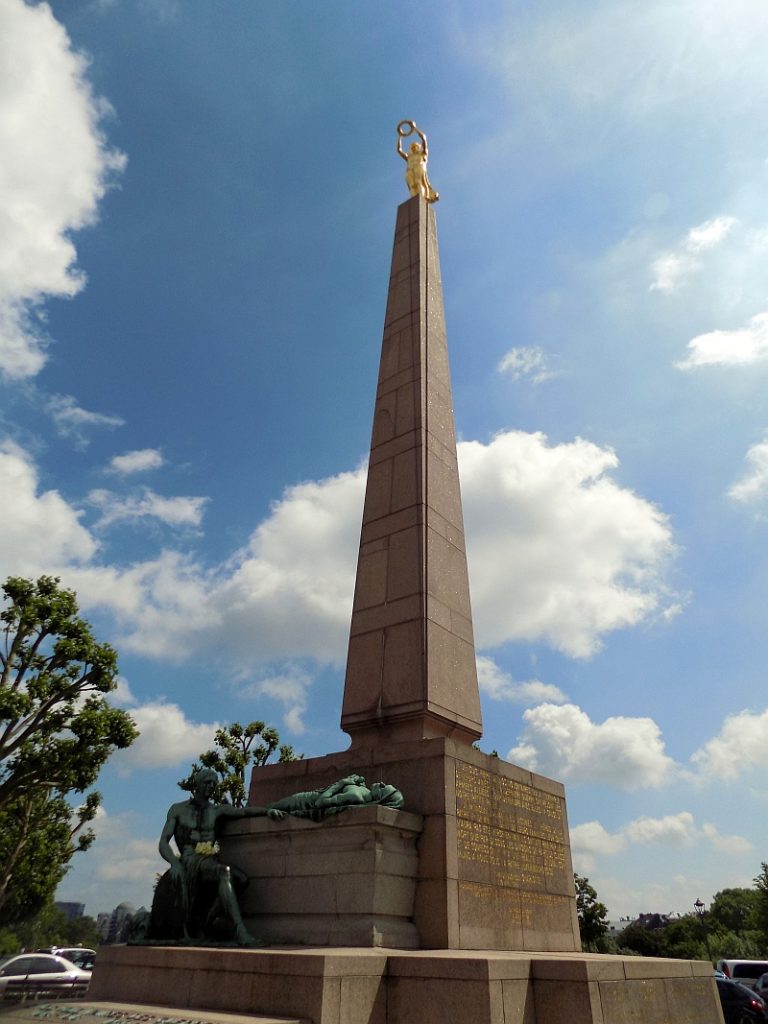 Gëlle Fra is the nickname given to the Monument of Remembrance, a war memorial situated in the heart of the Luxembourg City. The memorial, created by the Luxembourgish sculptor Claus Cito, was initially meant to commemorate the fallen Luxembourgish soldiers who volunteered in the French army during World War I. However, due to subsequent events it also turned into a memorial against Nazi rule and nowadays commemorates war victims in general.

If you enjoyed this article, pin it for later! Thank you! 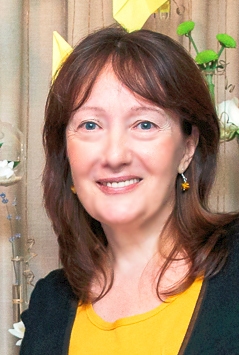