5 Off-the-Beaten-Path Greek Islands You Should Visit 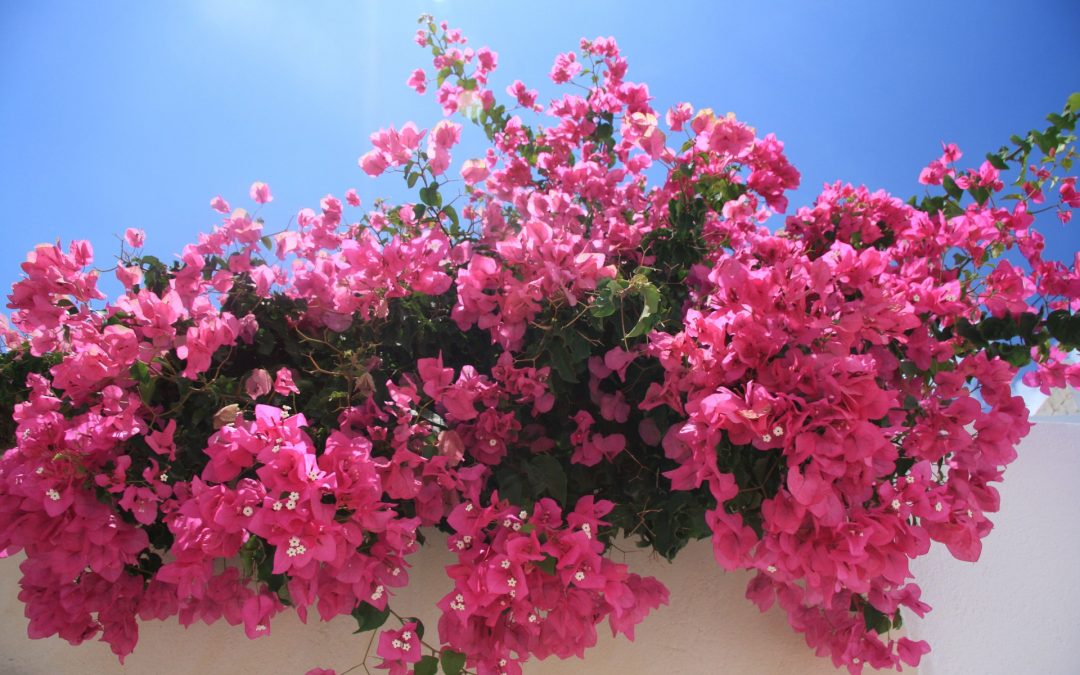 The beauty of the Greek islands is well known. The dazzling azure blues, the white sand-fringed bays and the breathtaking cliff-top views have long been celebrated in literature and cinema.

Perhaps then, it is understandable that most tourists who flock to this part of the world follow a familiar trail to the best-known islands such as Santorini, Kos, Zante, Crete, Corfu and Rhodes. But with a little more adventure and a willingness to explore new places, you will soon find out that the Greek islands are so much more. Venture off the beaten path and you will be rewarded with cheaper prices, fewer crowds and some stunning destinations.

Here are five of the best lesser-known gems to add to your Greek islands travel bucket list: 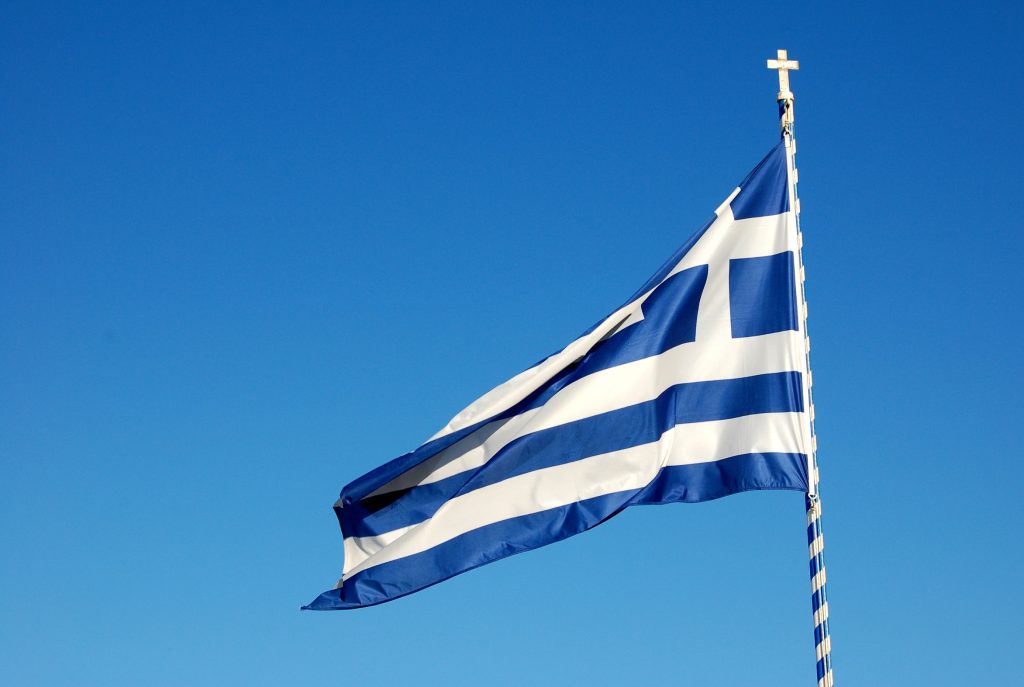 Photo by Matt Artz on Unsplash

Popular with Greeks, Lemnos has so far avoided becoming a destination dominated by tourists. It is a large island, best known for its fishermen and the stunning 13th-century Venetian castle which towers over its capital city, Myrina. Myrina itself is a fishing port, where you will find fishermen dragging in their catches and mending their nets. Because the land levels off well before the coast, there are a number of fantastic beaches in Lemnos. 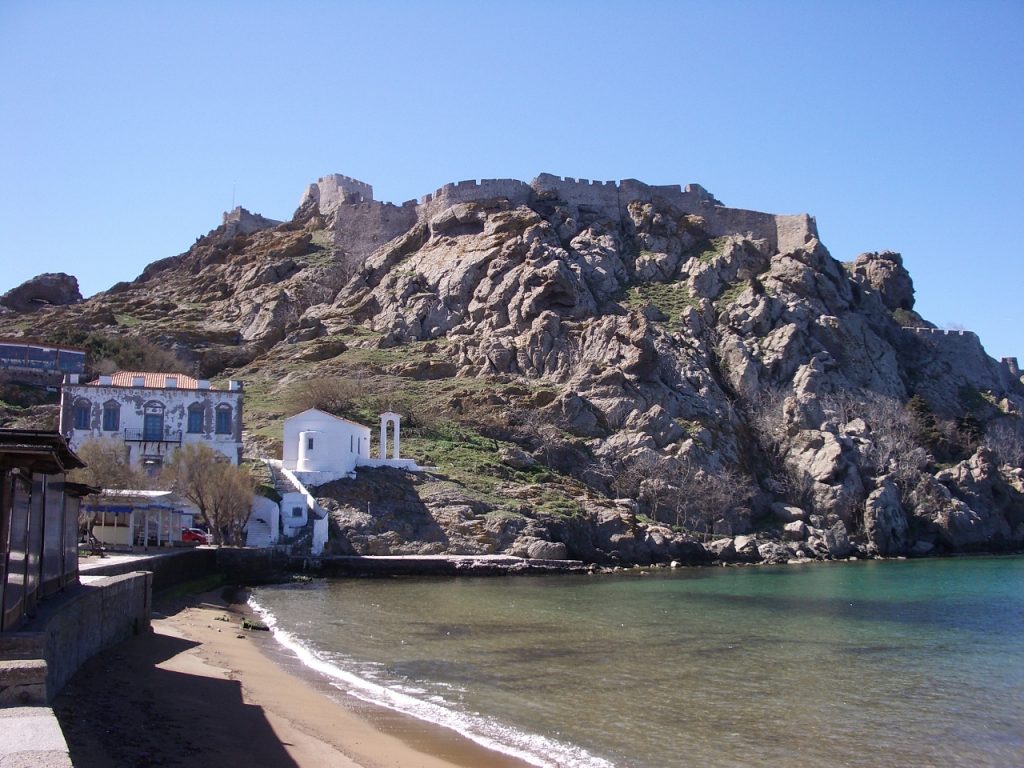 It is certainly worth visiting the castle not least because of the extraordinary views you will find at the top. On a clear day you may even be able to see across to the mainland. If you do go, it’s worth booking a few nights at The Arxontiko, which remains one of the island’s best hotels and is only a few minutes from the beach.

Belonging to the Aegean Islands group, Lemnos (or Limnos) has its own airport in Myrina. The flight from Athens to Myrina takes one hour and it is operated by a small company. There are also flights from Thessaloniki and Heraklion, but you’ll need to check the schedule before making your travel plans, in order to ensure you’ll have all connections you need for a smooth journey.

There are ferries to Lemnos departing from Lavrion. However, the journey takes 12 hours, so it may not be the best way to get to the island. During summer, there are also ferries from Kavala.

Small but perfectly formed, Meganisi has three villages and endless beautiful beaches. With a population only just reaching four figures, this is a charming destination worth exploring as you travel around the Greek islands. It is close to the island of Lefkada and most tourists come across for a day or two to explore the many hidden coves and bays and enjoy the stunning, white, clean sand of its beaches.

There is one ferry line that runs between Lefkas Town in Lefkada and Meganisi. The port of Igoumenitsa is also pretty close, so you should check out ferry schedules to see if you can catch one to Meganisi.

If you are travelling with children make sure you pack plenty of snacks – you won’t go wrong with some nuts or a fruit smoothie. If you are planning to stay, The Teacher’s House is a lovely place to hole up for a night or two and if you can plan to be at Lakis Taverna on a Thursday night, you are in for a real treat at this traditional family taverna.

Named after Icarus himself, who (legend has it) crashed into the sea nearby after he flew too close to the sun and watched as his wings of wax melted, Ikaria has long held a reputation for being off-beat and quirky. But it is also famous for its hot springs; the locals will tell you that they live longer than almost any other populace in Europe because they bathe in them regularly. If you want to see what the fuss is about, there are a number of bathhouses on the island.

Thea’s Inn is a wonderful Greek Taverna, which you will find tucked away in the charming village of Nas – all of the food is locally sourced and organically grown. And if you are looking for somewhere to stay you won’t go far wrong with the Toxotis Villas. 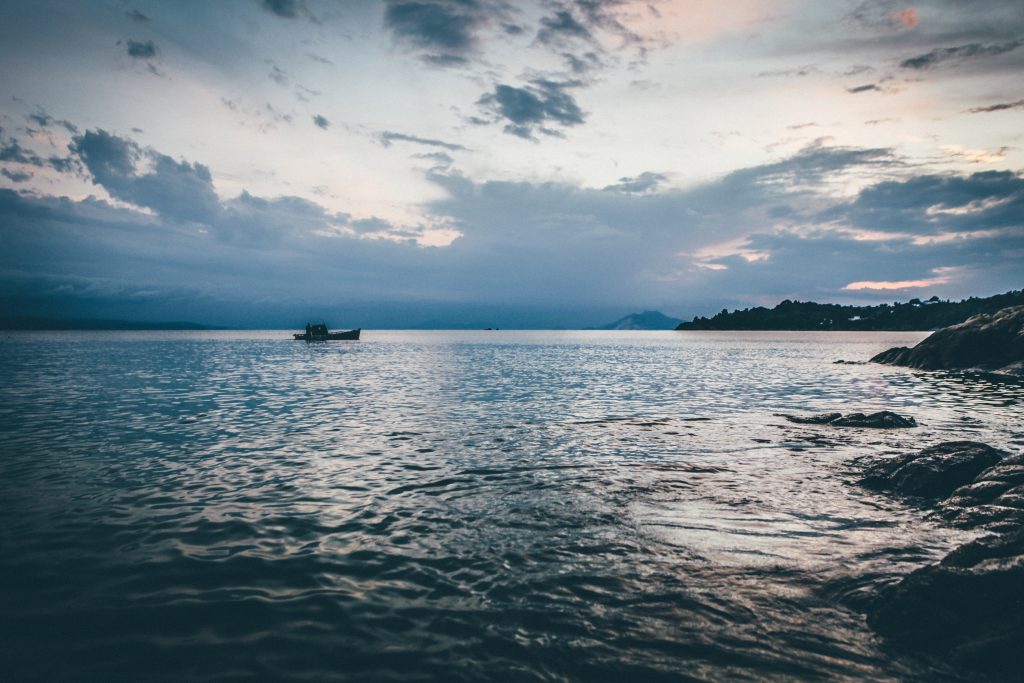 Photo by Nick Karvounis on Unsplash

A mesmeric throwback to a simpler time, before the Greek islands became a Mecca for tourists, Serifos is very much as Greece used to be.Located in the Western Cyclades, Serifos was the birthplace of Perseus and the home of the Cyclops (remember the Odyssey).

Hora (Chora), the biggest town on the island, has a strong case to be considered the single most beautiful place in Greece, with its thousands of whitewashed buildings clinging to the side of the cliffs.This town is built just below the ruins of a 15th Century Venetian Castle.

Livadi is the only port on this Greek island. It receives ferries from Piraeus. The journey from Piraeus to Livadi takes about 5 hours. Hydrofoils cut this time in half, but tickets are more expensive. 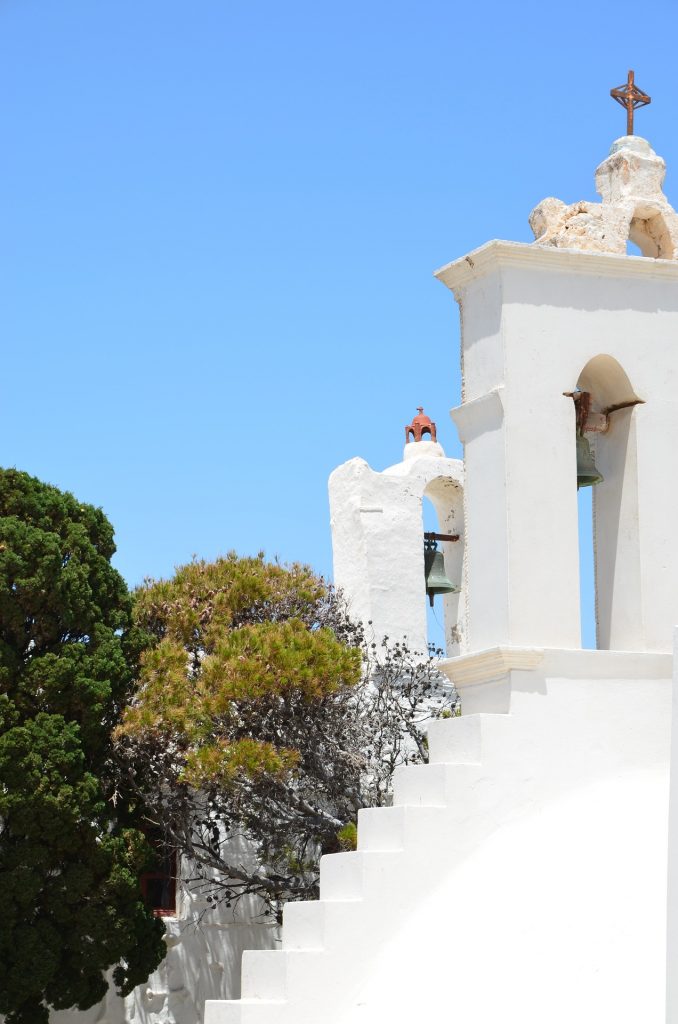 Find your way to the Yacht Club here and settle in with a Greek coffee to watch the world go by for a few hours. Aloni Taverna is widely considered to be the best restaurant on the island, with stunning views and wonderfully fresh local food. 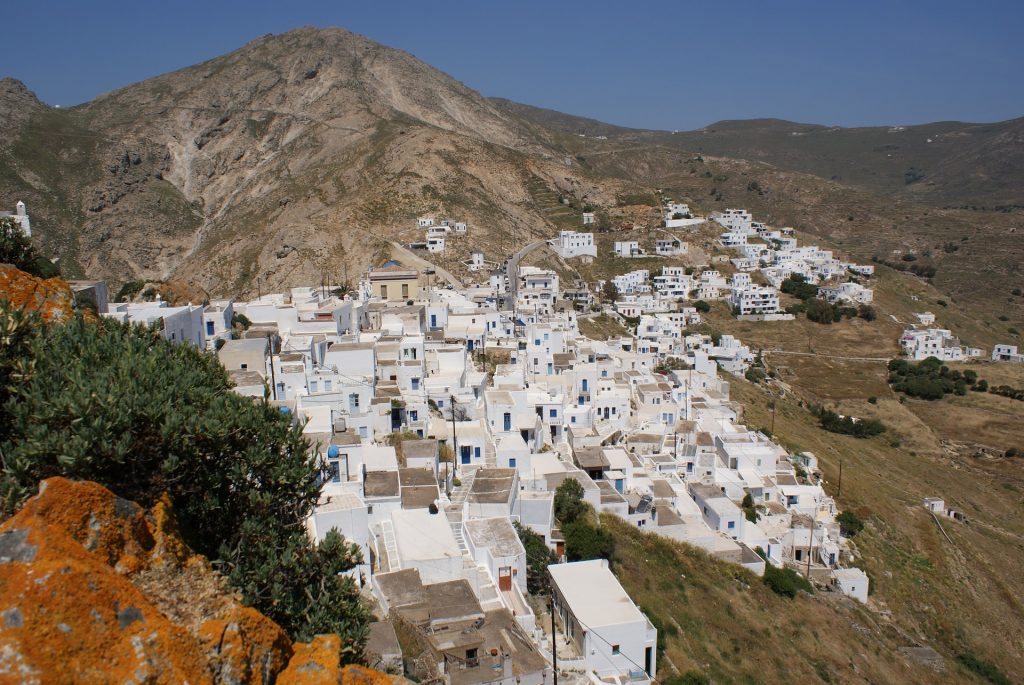 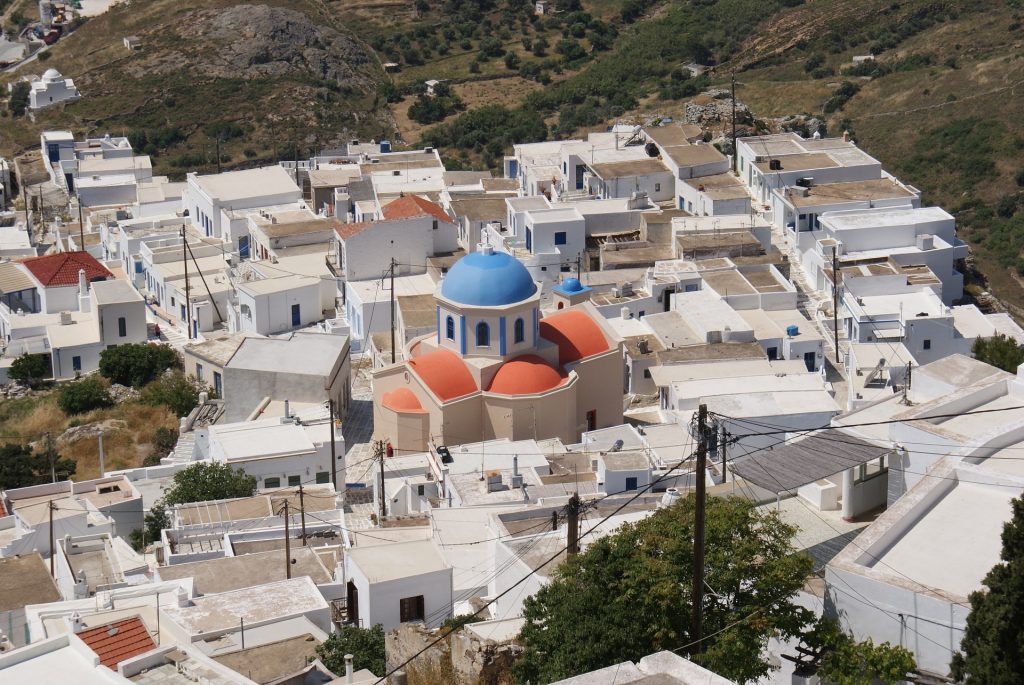 The small island of Ammouliani is another place where the beaches are white and wonderful. You will find that it is generally not swamped with holidaymakers, instead it mainly attracts Greek tourists (giving it an authentic feel).

From there you can take a boat trip around the spectacular monastery at Mount Athos, the men-only republic. 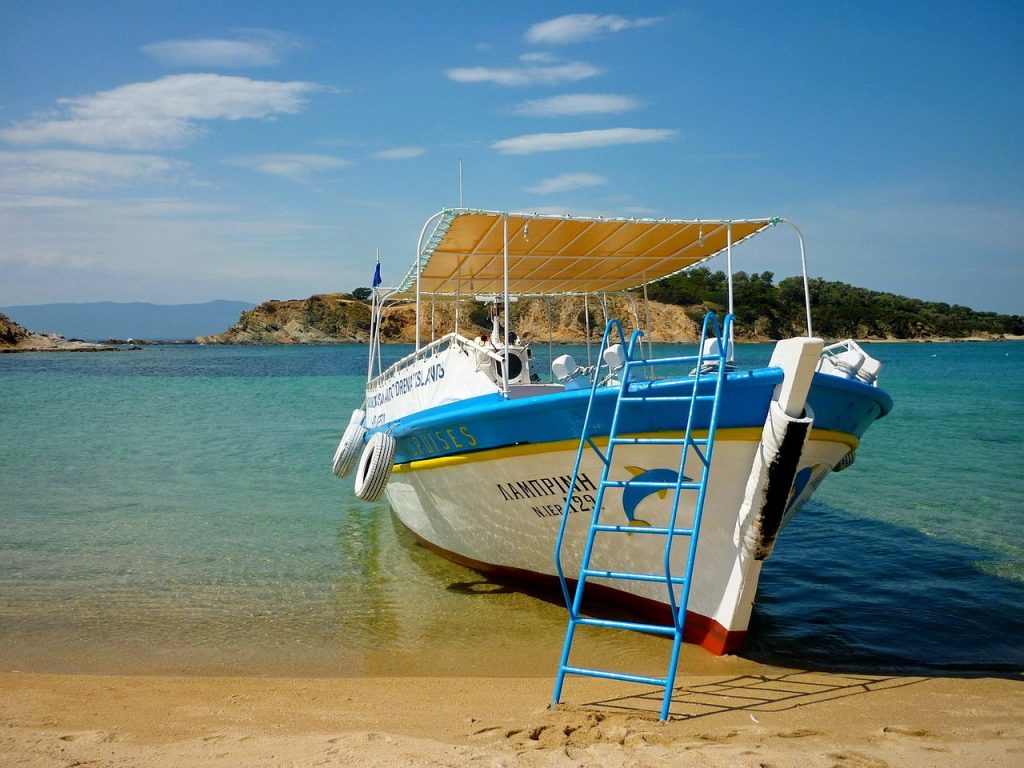 If you are eating during your stay on Ammouliani, you won’t go wrong by visiting Tzanis – a delightful seafood taverna right on the waterfront.

Located in Halkidiki, Ammouliani is easy to reach from the mainland Greece. There are frequent ferries from Tripiti to Ammouliani, so you won’t need to buy your tickets in advance. However, make sure you check out the timetables, as they may change from time to time.

What makes Greece an amazing vacation destination is its flexibility. Here you’ll find overcrowded islands (Santorini and Mykonos being the first that come to mind), as well as lesser known Greek islands where you can enjoy fine sand beaches, crystal blue waters and the amazing Greek cuisine without having to put up with hoards of tourists.

Pin this article for later: 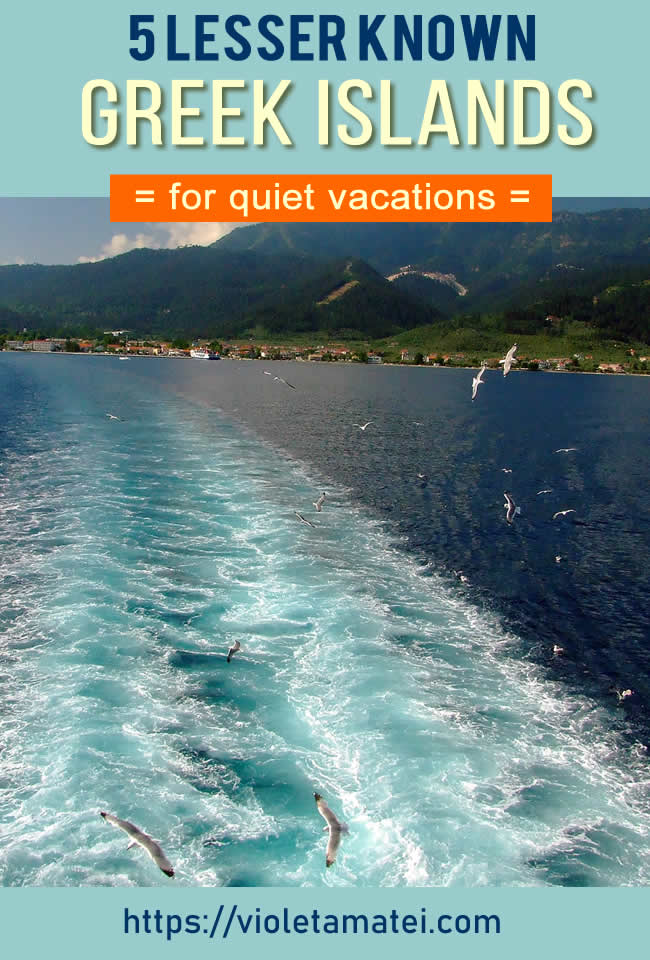 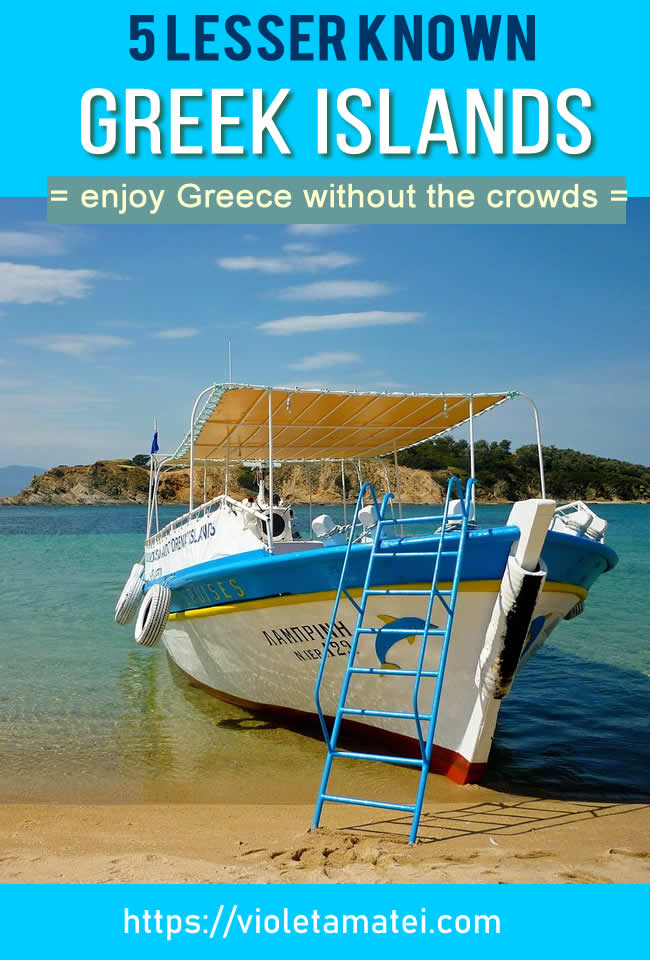