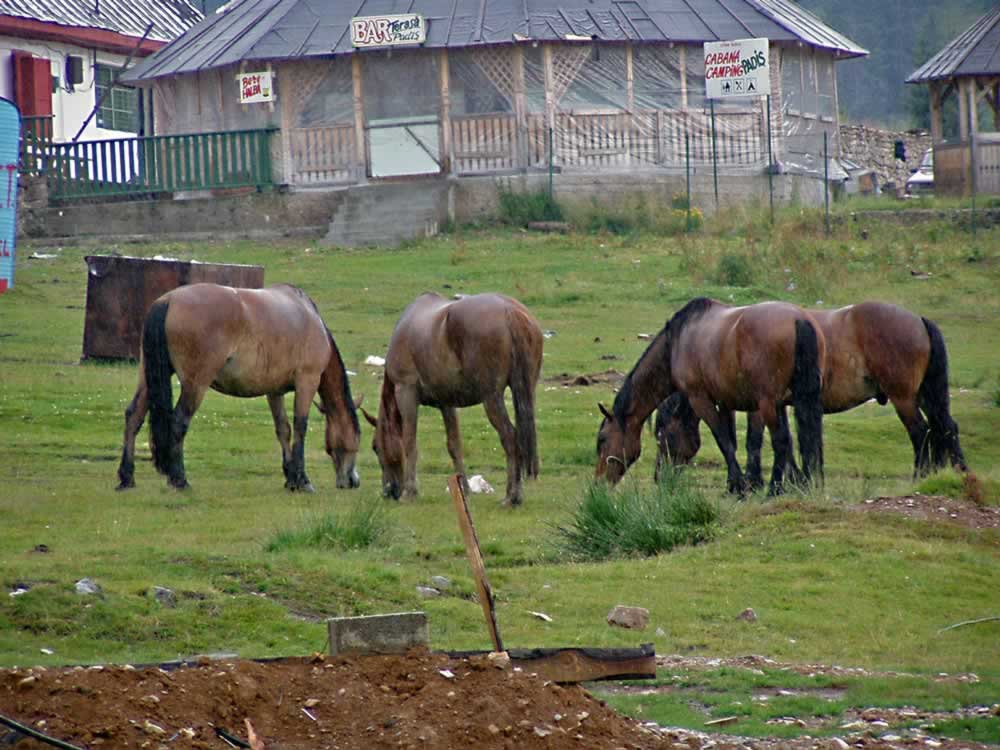 I told you in the previous post in the Hiking in Romania series that the harder a place is to reach, the cleaner and the more exciting it is. Apuseni Carpathians trails are hard to reach indeed, especially if you don’t have a car, but they are worth the pain. Those mountains aren’t very tall, however the trails are quite long, so you can expect to walk for several hours every day. You can also expect unexpected rain that never stops, so you might just spend your days inside your room, waiting for the good weather.

Since walking for a long time with a heavy load on your back can be daunting, it comes without saying that you need to do your research properly when you buy your travel backpack. Don’t go for the cheapest backpack you can find, because that’s not always a good idea. The ideal backpack should be lightweight, properly designed and well-organized, so that it doesn’t hurt your back.

Horses in front of Padis Restaurant. Actually most of our neighbours were horses and cows. Funny things happen when you have neighbours like that. For instance, we woke up one morning to see the lawn full of rubbish from the bin, because one of the cows wanted to take a look inside and she got stuck and panicked.

Taking into consideration the weather history over the past years, the best time of year to go to Apuseni Natural Park is July-August. Don’t take it for granted, though: I’ve been there in July and I still spent five days in the tin box you see below, drinking vodka to stay warm and exchanging jokes with cow herders who came to drink and socialize at Padis every day.

I remember asking one of those guys how comes those cows know their way back home. He told me, with a very serious figure, that they have GPS systems. One of his buddies added that the cows completed a touristic orientation course. That sounded hilarious in that primitive setting, where cellphones had no signal and the closest village was many kilometers away through the forest. 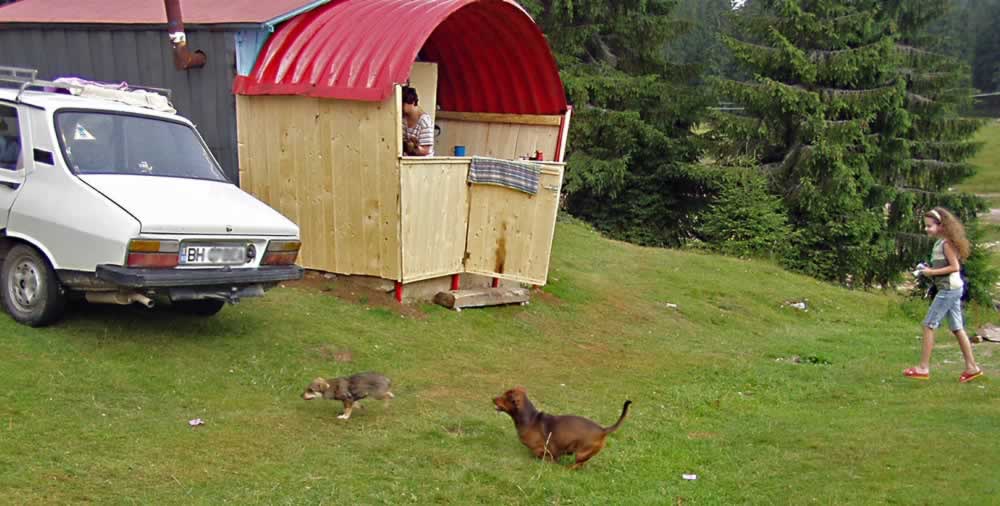 Cabin in Padis camping – the camping is accessible by car, on a dirt road. The parking in on the lawn, nearby your cabin. These were our neighbours and their funny dog.

Padis camping is basic but pretty good, if you’re not the fancy type who can only sleep in five star hotels. The little cabins have four bunk beds, a small table and a stove. The stove works with wood. The camping manager offered to light the fire for us, but we declined. It got cold by night, but an extra layer of clothes and some thick blankets solved the problem.

The toilets were in a separate construction. They were normal and clean, they even had flushing systems. There were also several sinks and showers. Everything was working, the only downside was that they only had cold water. And when I say cold water and mountains in the same sentence, you can be sure it’s crazy cold! 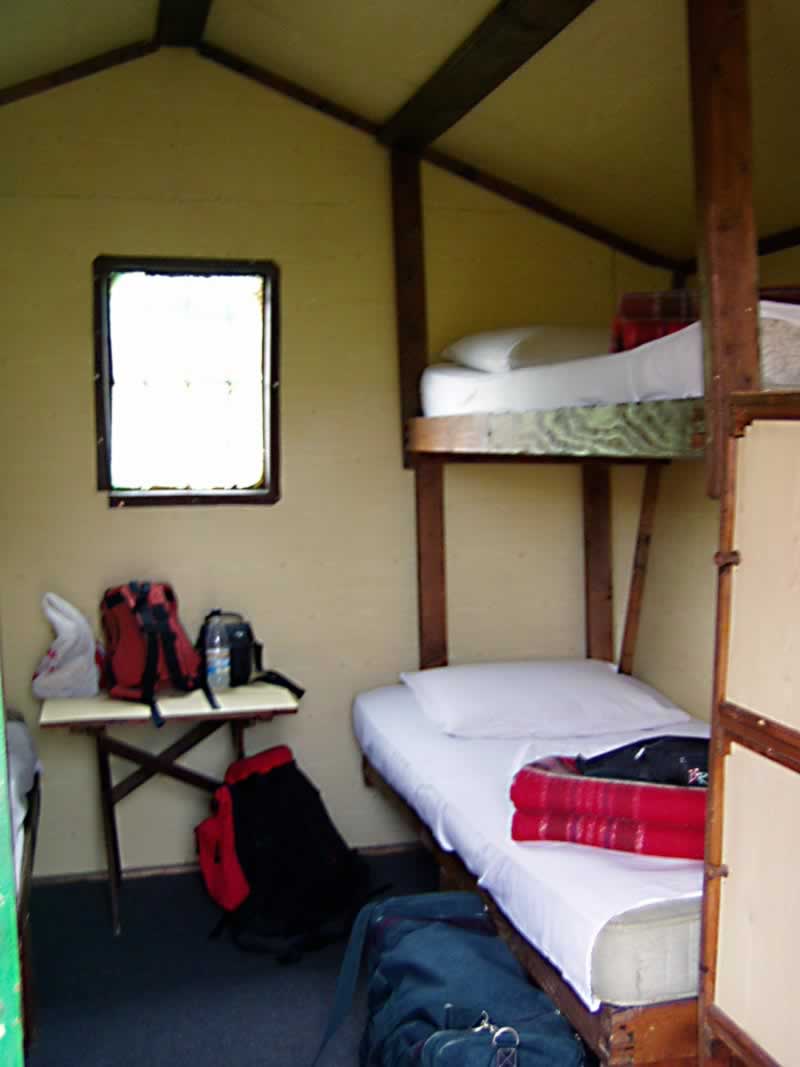 Inside the cabin. You can see two of the bunk beds. The other two were on the opposite wall. It was clean, but so small that it was only suitable for sleeping. 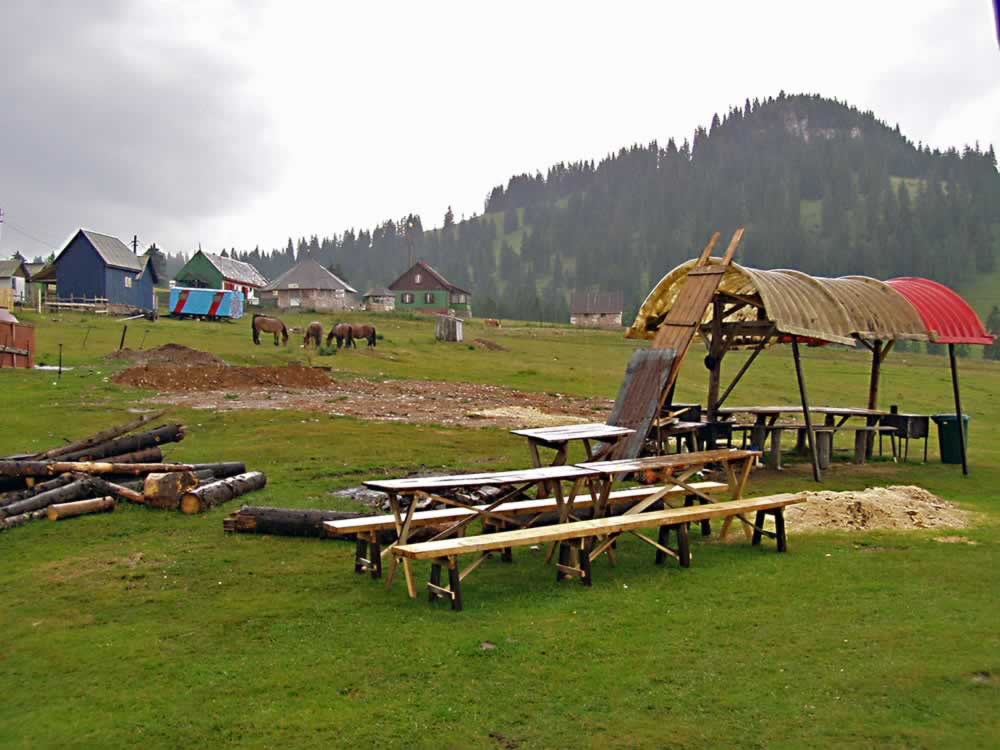 Padis camping tables and benches. That’s where we were supposed to eat if the weather was better.

Padis is an excellent starting point for many walks, because it helps you cut down on the time needed to walk on forest roads from other places that are closer to civilization. In Padis, you are just where the “action” begins – you don’t have to walk for hours on boring, straight roads before getting to actually climb the mountains. 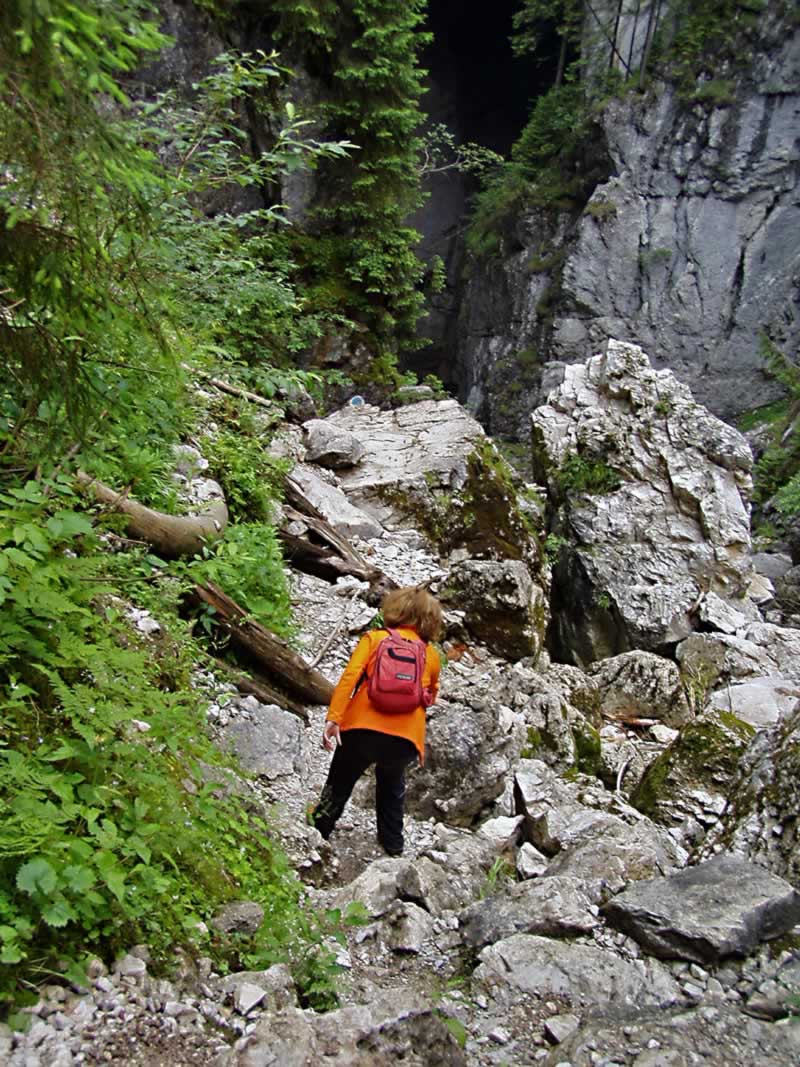 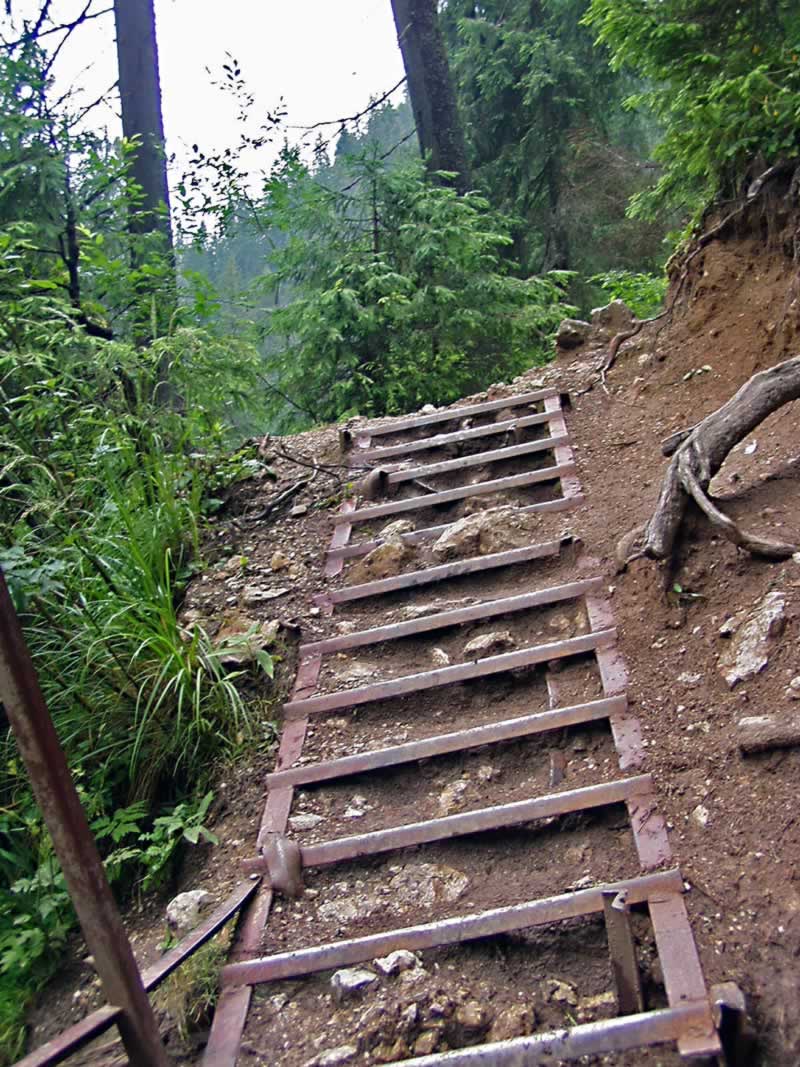 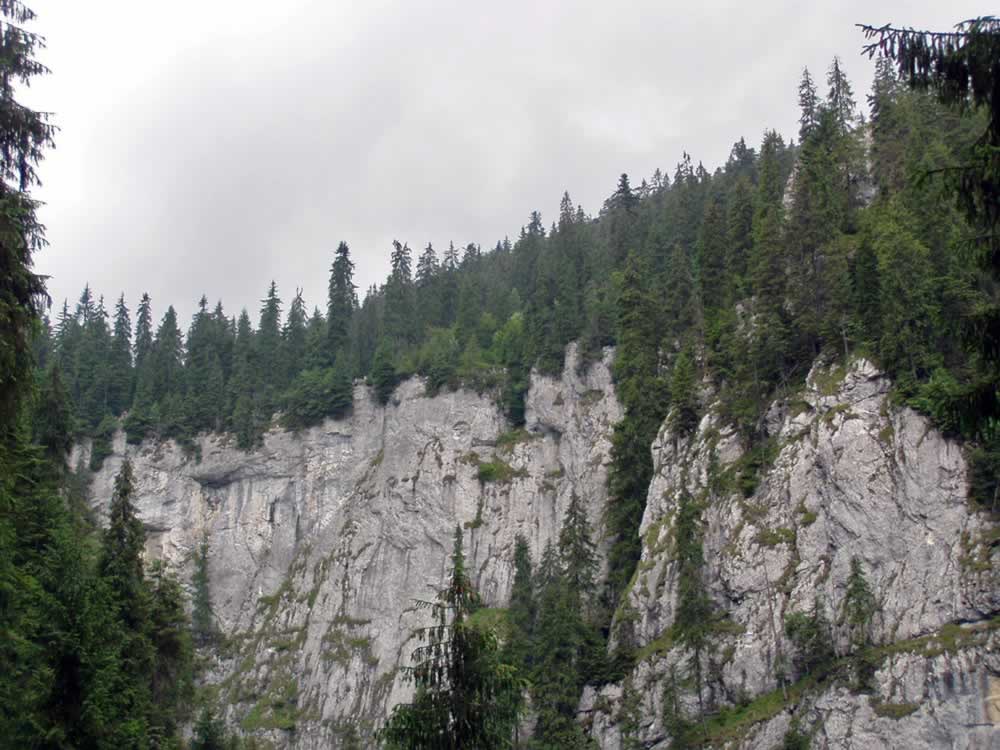 In our first day in Padis, we went to Cetatile Ponorului. Cetatile Ponorului is the biggest karst cave in Romania. As you can see from the photos, the weather wasn’t ideal, the rain started just by the time we reached the Portal (the biggest entrance in Cetatile Ponorului). The Portal is 70 m high and some people say it looks like a Gothic architecture work. Gothic or not, it surely is huge. 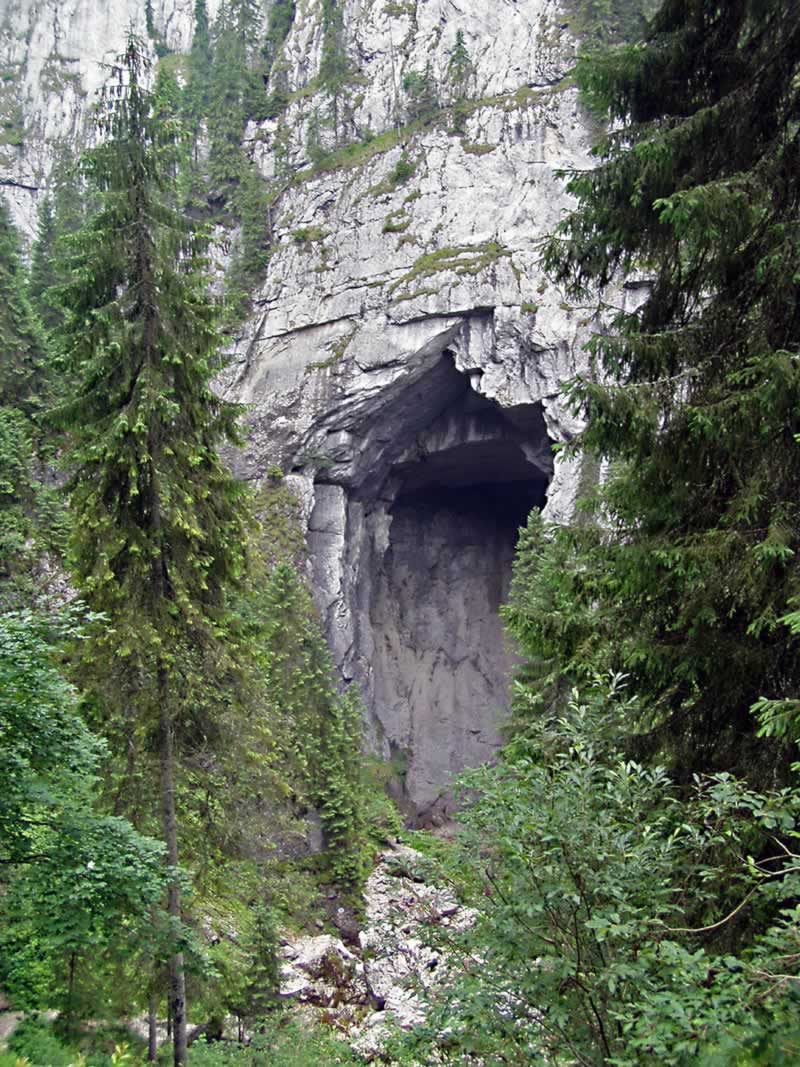 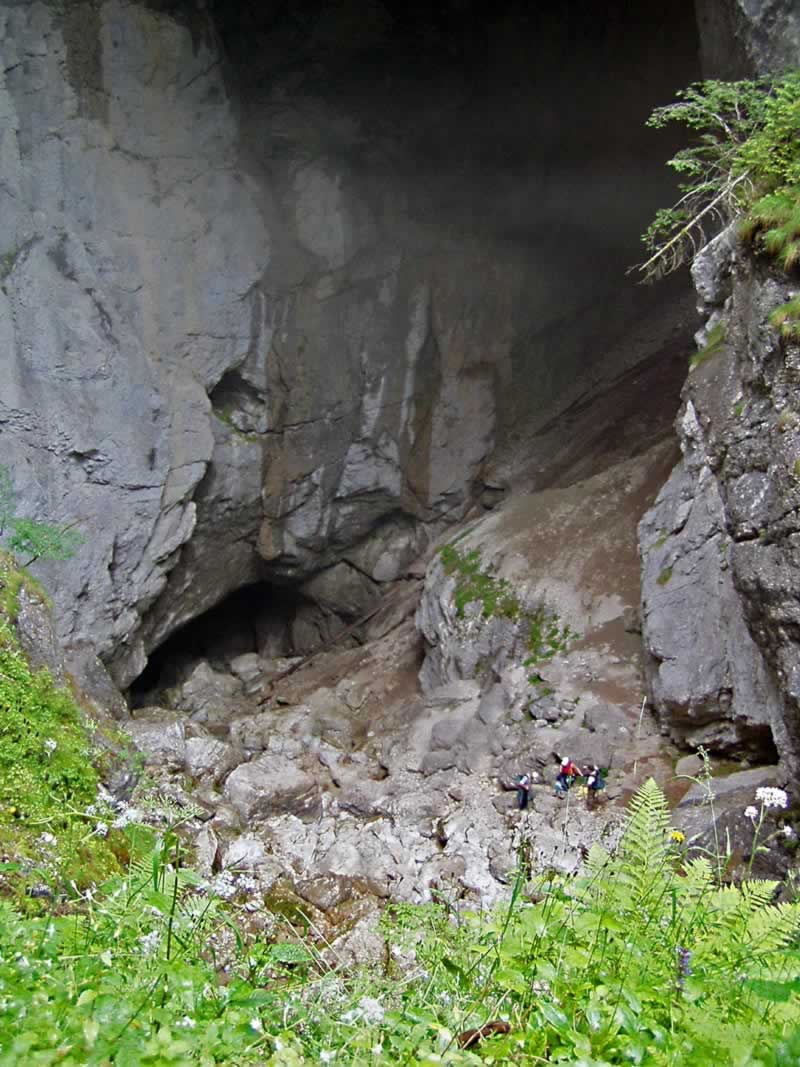 At the cave entrance we noticed a group of people preparing to descend inside. They had ropes and hooks and other stuff that looked impressive, therefore we decided to skip visiting the cave for that time, as we weren’t that prepared.

Anyway, here’s the map of Cetatile Ponorului cave. I found it on a Romanian website and I translated most of it for you. The original is here.

Cetatile Ponorului map – I believe this is only the map of what’s available to the public.

I also found something I want to share with you: this 360 degrees view of Cetatile Ponorului.

If you enjoy mountains, fresh air and not having too many people around, Apuseni is a much better alternative to, let’s say, Bucegi mountains, where half the population of Bucharest hoards in hot summer days. 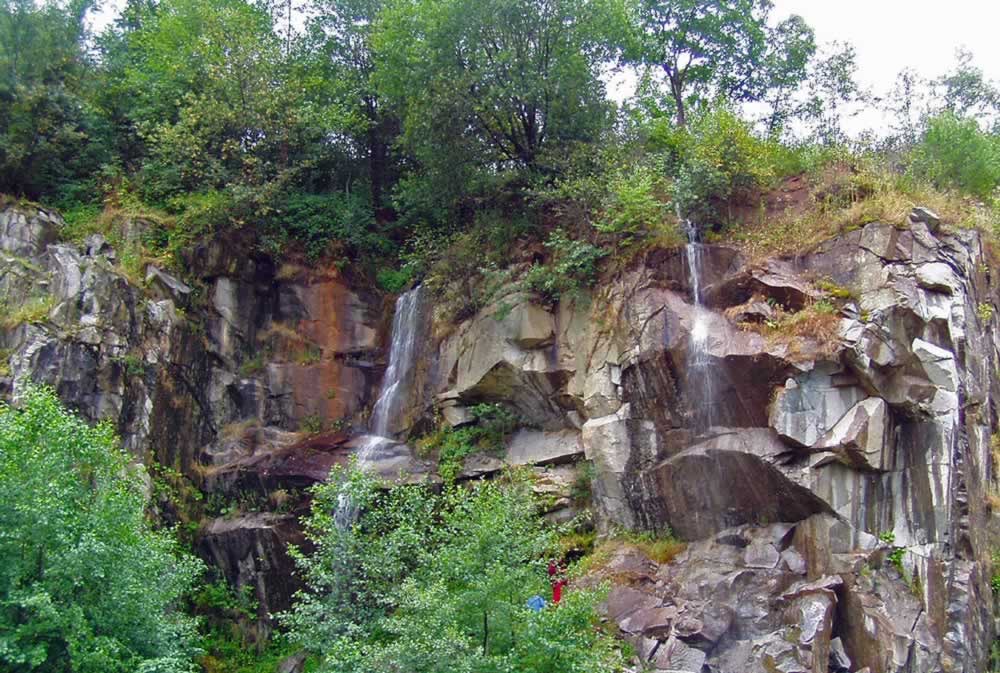 Small waterfalls, many of which, I guess, were caused by those long rains 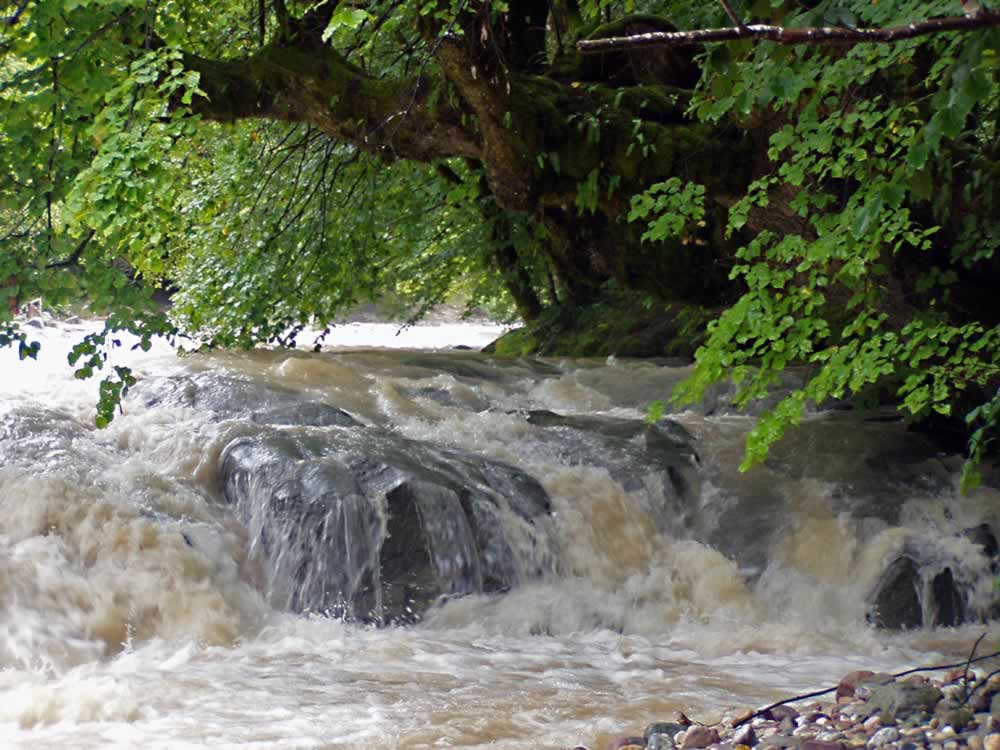 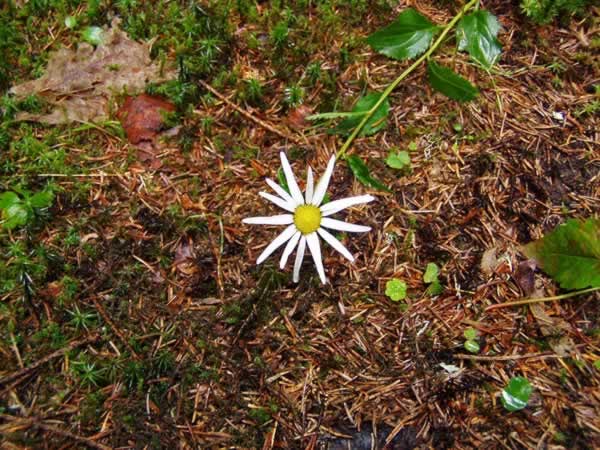 Beautiful colours on the forest ground 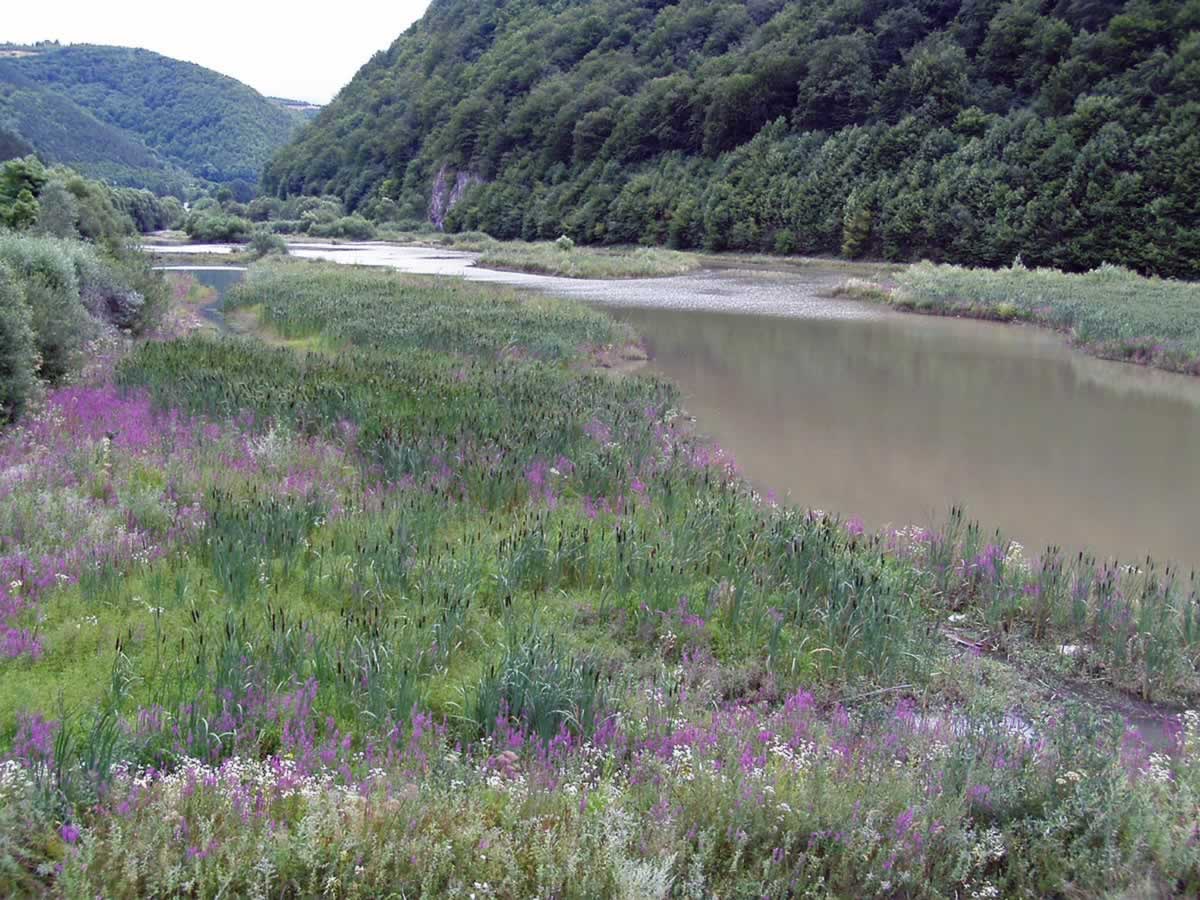