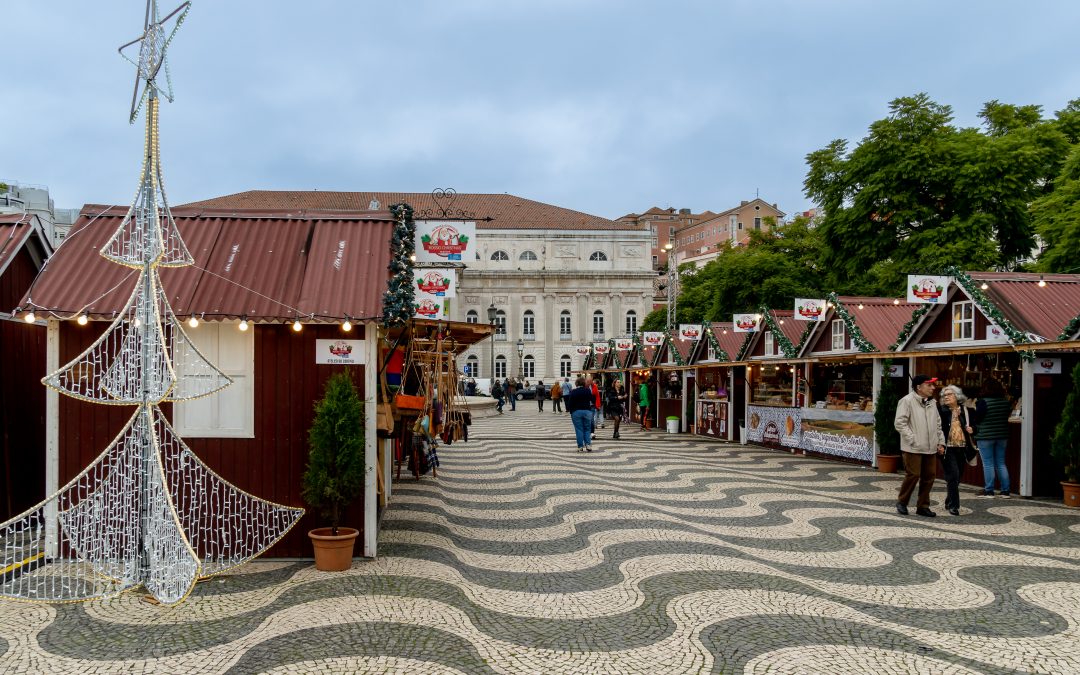 Rossio Square is the place you’re going to cross at least twice a day regardless of your Lisbon itineraries. Even though the official name of this place is King Pedro IV Square (or Praça Dom Pedro IV, in Portuguese), everybody knows it and refers to it as Rossio, or Praça do Rossio. 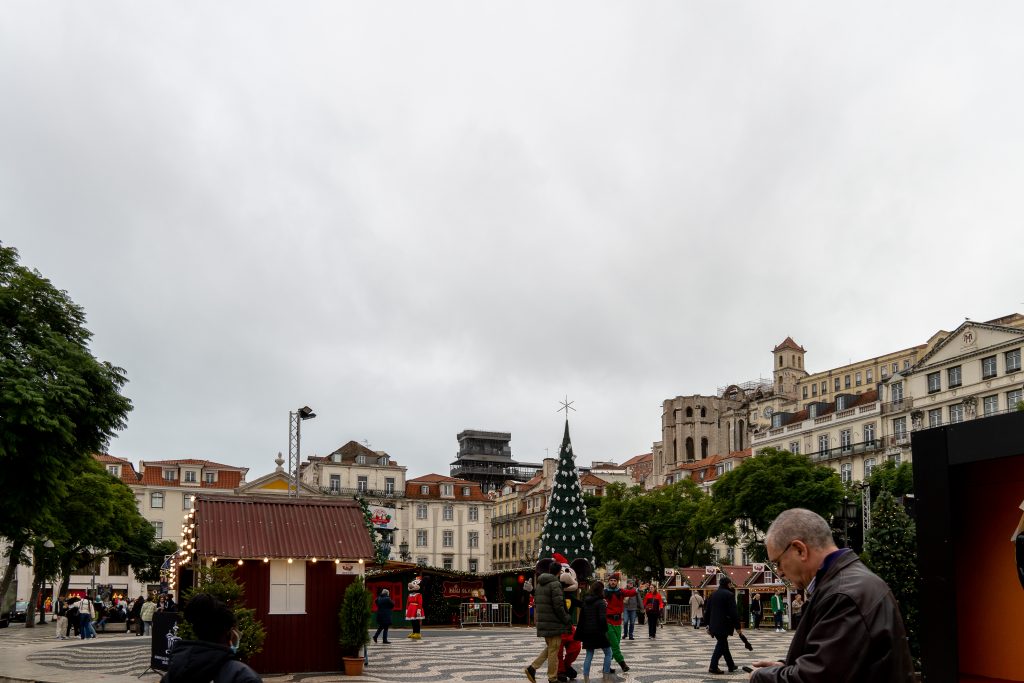 Dating from the Middle age, Rossio Square is older than everyone alive today. Celebrations, popular revolts, executions or bullfights, the Rossio plaza has seen them all. Nowadays, Rossio is the heart of Lisbon, the node that connects Lisbon’s landmarks and neighborhoods such as Baixa, Restauradores, Santa Justa Elevador, Rua Augusta, Carmo Convent, Avenida da Libertade, and Praca do Comercio. This is the place where many tourists hang out or enjoy a coffee, a croissant or a beautiful pastel de nata. 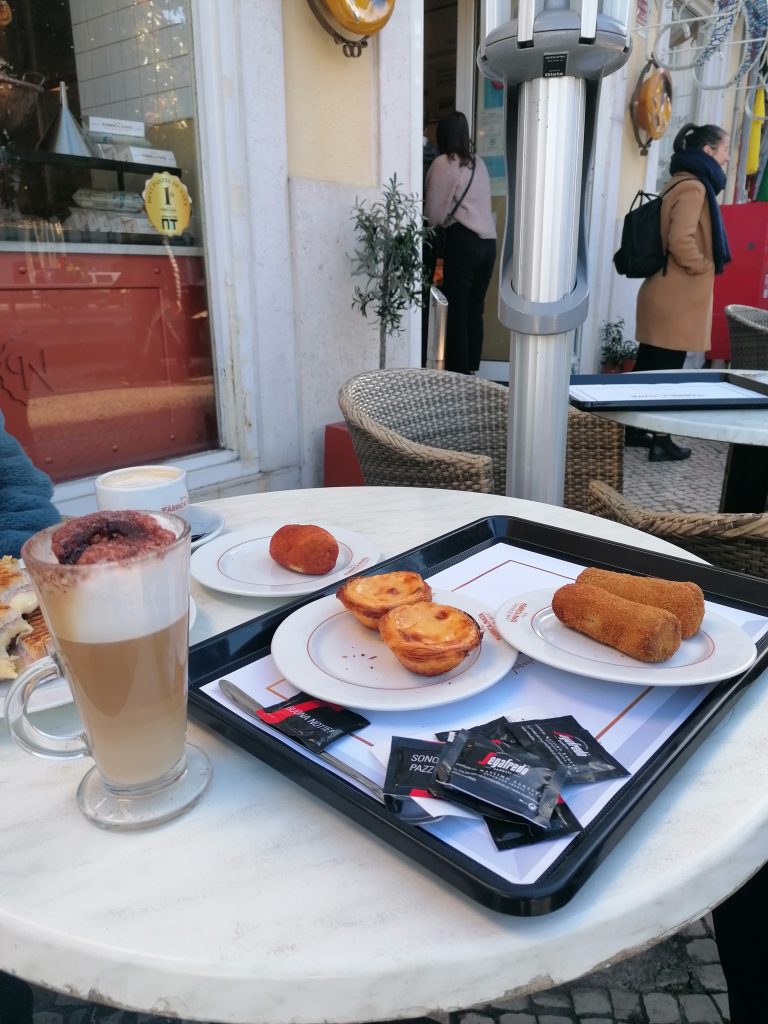 Brunch in Lisbon, in Restauradores Square, near Rossio

You don’t have to know how to say thank you in Portuguese to get by (even though a simple “obrigado” can take you a long way).

To start with, I’d recommend that you reserve your Lisbon Card here. The Lisbon card is a 24, 48 or 72-hour pass that grants you unlimited access to the public transport system, free admission to some tourist spots and discounts at some others. Click here to see the list of Lisbon attractions that are free with this card. There are way more than you can visit in three days.

How To Get to Rossio Square

In the ideal Lisbon getaway, you live as close to Rossio square as possible. This area is known as the Baixa Pombalina (or simply Baixa).

In real life, however, Baixa hotels like these ones can be too expensive for many people’s budgets. You’ll be glad to know that Rossio is very well connected to other neighborhoods of Lisbon. It is on the green metro line, at the Rossio station. Besides, it is within 20-30 minutes of walking from many Lisbon neighborhoods with fairly decent accommodation prices.

If you come from the airport, you need to change the metro at the Alameda station, where the Red line coming from the airport meets the Green line that links Telheiras and Campo Grande with Rossio, Baixa-Chiado and Cais do Sodre.

To get to Rossio square from any place on the Blue metro line, you need to go to the Baixa-Chiado station. From there, you either walk a few minutes to Praca do Rossio or you take the Green metro line for one stop. Both Baixa-Chiado and Rossio metro stations are accessible, thanks to their elevators.

Rossio is also an important train hub that links Lisbon to all of the Portugal. The train station is in one of the most beautiful buildings around, with its stunningly beautiful façade featuring two horseshoe-like entrances with intricate adornments. You can’t miss this building, as it stands apart from everything else on the spot. 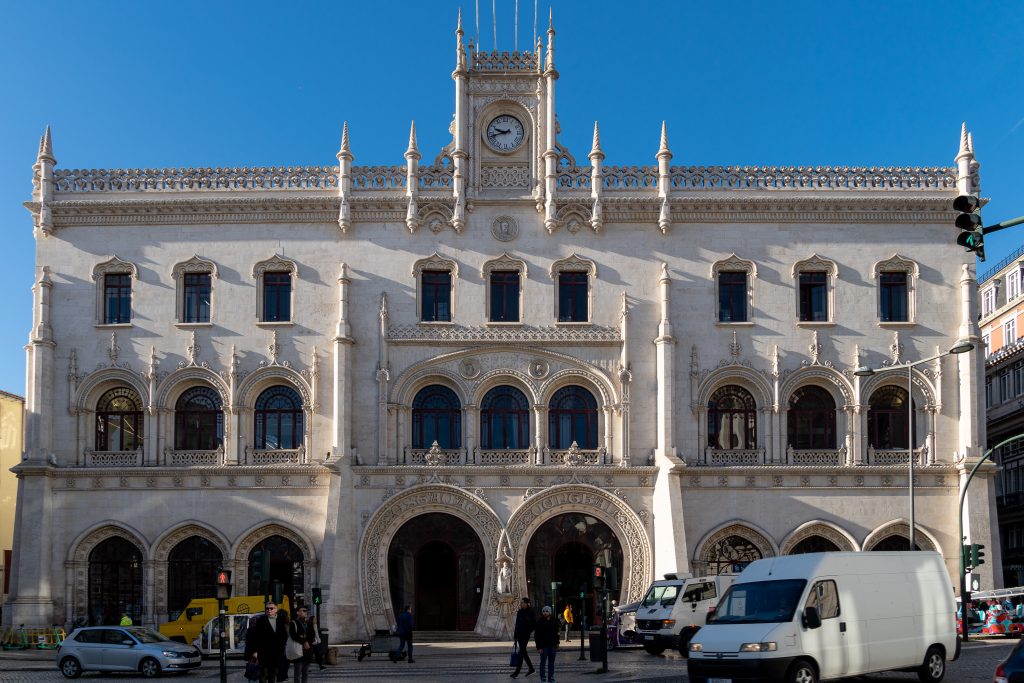 Trains departing from Rossio go to Sintra, Cascais and other towns in Portugal.

Where To Stay in Lisbon near Rossio

Anywhere you can find a hotel or an apartment near the Green metro line would do just fine. Martim Moniz is the metro station nearest to Rossio, followed by Intendente, Anjos and Arroios. All these metro stations are on a big street, Avenue Almirante Reis.

The famous Tram 28 line starts at Martim Moniz. This is yet another reason to choose this area to stay in Lisbon.

My choice was this Apartamento Zen, which I found to be comfortable and welcoming. Located on the main boulevard, between two subway stations, Arroios and Anjos, this apartment is at about 15-20 minutes of walking from Rossio Square.

There are two other interesting choices of hotels near Rossio Square: Costa do Castelo Terrace and Casa Balthazar. As a matter of fact, none of these is a hotel. They are self-catering rooms or apartments with kitchenette.

Things to See in Rossio Square and Around 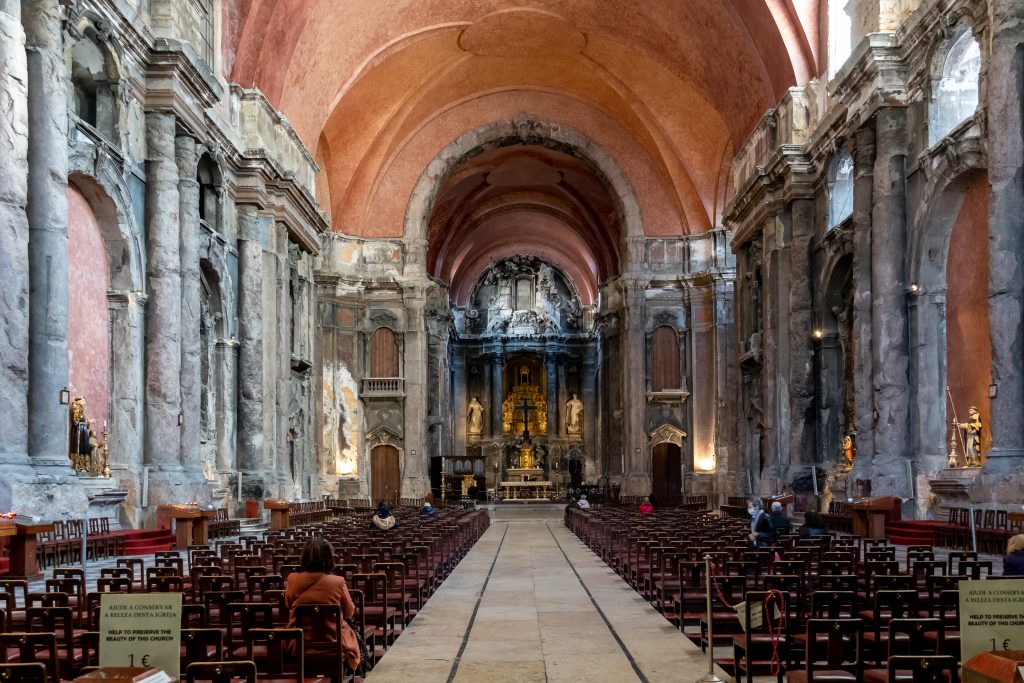 The church of St. Dominic